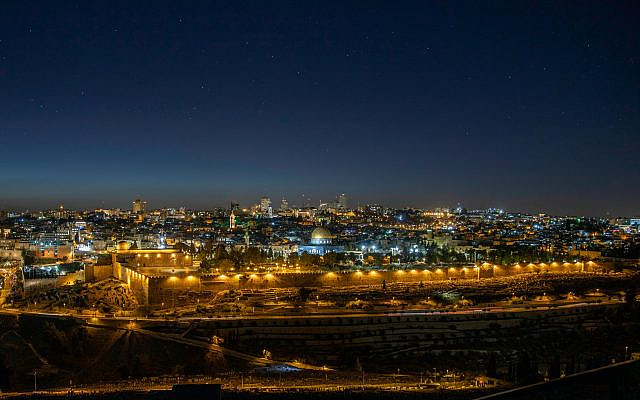 Jerusalem survived the Assyrian siege. How? Photo by Sander Crombach

Recently, a reader reached out to me and asked:

I have a few questions about the siege of Jerusalem by Sennacherib and the plague that his army developed in just one night [as told in Isaiah, Chronicles, and Second Kings, and probably occurred in 701 BCE].

I’m wondering whether the plague might have been produced by the Ark. We know that it could become radioactive under certain circumstances and I think it is possible that it was used to irradiate the soldiers outside the city. Indeed, no information is available about the type of disease or infection they developed. Possibly, it might be of the same nature the Philistines (and then also the Hebrews) were exposed to some time earlier when they took the Ark from the Hebrews.

However, in order to do so, and not to harm the population inside the walls of Jerusalem, the Ark might have been moved outside the city during the siege. The only way I see this might have occurred is through the tunnels of the water supply network, such as the one Hezekiah is said to have built to guarantee water supply to the city during the siege. Would it have been possible to move the Ark from the Temple to outside the walls through one of the tunnels?

In addition, during the campaign of the Assyrians to Pelusium, that should have been some months earlier than the siege of Jerusalem by Sennacherib, mice in one night devoured and destroyed the armaments of the Assyrians in the camp. And the day after they were defeated by the Egyptians led by Sethos. Do you think that this story, described by Herodotus in Histories, II-141, might be reliable, or maybe can be associated with the plague developed during the siege of Jerusalem, and Herodotus just confused the two things, as many are speculating?

First, let me say that any thoughts I have in answering these very interesting questions are in the realm of conjecture, so all I can say is I’ll do my best. I’m sure other scholars would have a multitude of their own answers.

Having said that, here goes!

Now let’s look at the Ark. I posit in my book Talking With God that it became radioactive because of the presence of what the Bible describes as a radioactive cloud, which settled upon the Tabernacle where the Ark was to be used for communication between the Lord and Moses. That the cloud was radioactive is demonstrated by the Bible’s detailed explanation of its effects on people and things that it contacted and the similarity of those effects to radiation burn today, which you can find laid out in my book.

The last time it could be said that the Ark was dosed with radiation from the cloud was during King Solomon’s reign. Solomon brought the Ark into his newly built temple and the cloud appeared over it, but it was so radioactive, the priests couldn’t “minister” there (1 Kings 7:51–8:11). There is no mention of the Ark being used for communication purposes during Solomon’s reign (c. 970–931 BCE). It was during his father King David’s reign (c. 1010–970 BCE) that communication occurred and not afterward. So, if no one could enter the Ark area safely when Solomon was king, one might guess it was just sitting there (you can read more about my thoughts on this on pages 380–381 in my book Talking With God).

The important point here is that Sennacherib began his campaigns around 703 BCE, over 300 years after the beginning of David’s reign, the last time, as we mentioned, that the Ark was used for communicating, and 228 years after Solomon’s reign when the Ark was heavily dosed but not usable. Now, Hezekiah reigned from 729–687 BCE or 281 years after David’s reign began. So, in these cases, while the Ark still existed, its danger most likely faded and it was dangerous only to those who actually came into direct contact with it (to learn more, see page 109 “Mechanism vs. Misconception” in Talking With God). This seemed to be the case with Hezekiah, who suffered from a boil or tumor (Hebrew shechin), probably more accurately translated as a burn. If I’m correct in my thinking here the possibility that the Ark could have affected large numbers of people at the time of the siege seems rather doubtful, whereas it possibly could have affected that one man with what remained of its strength.