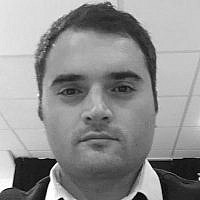 The Blogs
Serkan Aydin
Apply for a Blog
Please note that the posts on The Blogs are contributed by third parties. The opinions, facts and any media content in them are presented solely by the authors, and neither The Times of Israel nor its partners assume any responsibility for them. Please contact us in case of abuse. In case of abuse,
Report this post.
As the digital assets and cryptocurrencies gain momentum and extensive adoption, many counties are in an intense competition to come with the digital currencies (CBDC). So far, China has been at leading this contest. Many experts consider  China’s plan for a central bank digital currency (CBDC) as a highly progressive and civic step that other counties ought to follow. The European Central Bank has already announced its plans to launch a pilot program within two years. Especially, the United States, is worried that digital yuan  will pose a threat threat to the dollar’s dominance.
Sinophobia could be defined as anti-Chinese sentiment, and a kind of antagonism against China and Chinese culture. The pandemic has recently triggered a new wave of Sinophobia. Historians state that American Sinophobia date back to to the 1880s when Chinese Exclusion Act was passed. This law banned the Chinese immigrants entering to the US at the time.  Donald Trump’s constant accusations against China for Covid-19 worsened the situation in the US.
The concept of  Sinophobia has been more related to trade wars, media, proxy wars and especially economics nowadays. The worsening political, economic, and social relationship between the US and China have been at at the forefront of the media . A recently published report from the Pew Research Center reveals that, 73 percent of Americans has an unfavourable view of China. This ratio was 47 percent in 2018. This therefore means that Sinophobia exists on both governmental and public level. China’s digital yuan seems to be the most prominent reason behind Sinophobia currently. So, thi digital asset is a threat to the West or a progressive move in the transformation of traditional fiat money?
While People’s Bank of China has stated that the alleged objective of minting a digital yuan is to lessen transaction costs and bring efficiency into  the payments, the West claims that the real intent of introducing a digital yuan is to intensify state authority of the payments system and to monitor transactions and even personal behavior. Chinese yuan (e-CNY), which is known as the digital currency and electronic payment (DCEP) system has been under test for a while. Wide Pilot programs have been set up in big cities; and, in June,  a lottery was held in June to  pay out RMB 40 million ($6.2 million) in digital cash. Residents of the city joined the lottery by employing two banking apps for the opportunity to win one of the 200,000 digital yuan “red packets,” each worth about $31, which could be utilized for shopping at certain business points.
Whereas Chinese government is proud that it is moving towards a cashless society. Some economist think otherwise. Cornell economist Eswar Prasad’s new book titled as The Future of Money: How the Digital Revolution Is Transforming Currencies and Finance makes a warning about the role of central bank digital currencies in non-democratic societies. The book informs that “In authoritarian societies, central bank money in digital form could become an additional instrument of government control over citizens rather than just a convenient, safe, and stable medium of exchange.”
The US also is concerned about the digital colonialism and it has some solid reasons. Launched in 2015, the Digital Silk Road (DSR) is a part of China’s Belt and Road Initiative (BRI). The project urges Chinese companies s to spread the construction of digital infrastructure and integrate communications technology (ICT) markets in countries that take part in the BRI. The US regards this project as a sinister way to force the adoption of digital yuan, thus increasing the Chinese control in the Western financial system. The US government has recently asked the EU counties to abandon the project. The outstanding Chinese company Huawei is also under pressure. In spite of the increased regulatory scrutiny from the EU and US, Huawei made 90 agreement in the first two months of the year and almost 50 of these were signed with European companies.
Alex Gladstein, chief strategy officer at the Human Rights Foundation, has revealed the dangers of central bank digital currency  to financial freedom and privacy especially in authoritarian regimes like China. Digital yuan is designed for domestic use, not cross-border transactions, at least initially.  The Western axis claim that the dollar has this unique status as a safe-haven currency  as it is supported by U.S. institutions that preserve basic freedoms and human rights. Powel has recently said that a digital dollar will be useful for the world economy.
It is clear that digital yuan will pose a risk dollar dominance in the long term. As China and Eurasian countries get more politically and financially powerful, China will do its best to expand its digital yuan in Africa, Middle East, Asia and elsewhere. Some experts believe that digital yuan is a perfect achievement which indicates the power and superiority of China in financial technology while US government considers digital yuan as a secret weapon.  One thing we are sure is that China has been rehearsing to overtake the US.
About the Author
Serkan is lecturer and an independent journalist. He has a masters and Phd from Leeds University and publishes articles regularly in numerous media outlets.
Comments