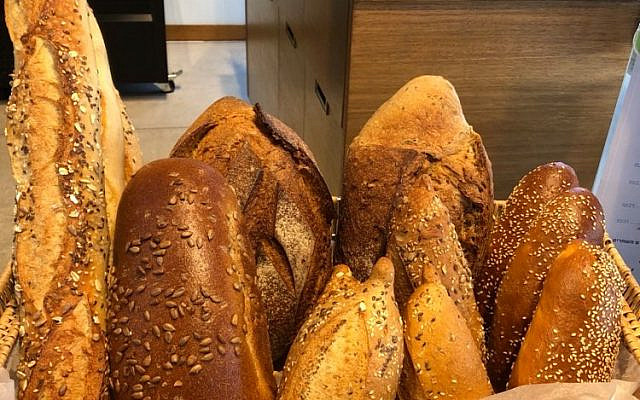 In Parshat Breisheet, after Chava and Adam eat from the forbidden fruit, man receives the following punishment (Breisheet 3:19):

By the sweat of your brow you will eat bread until you return to the ground for from it you were taken for you are dust and to dust you shall return.

Rav Tzadok HaKohen of Lublin (1823-1900) in his book Sefer Pri Tzadik (Rosh Chodesh Shvat) explains that the month of Shvat (where we eat fruits on Tu B’Shvat and speak about their holiness) serves as a “tikun,” correction for Adam and Chava’s transgression.

HaShem Elokim commanded the man, saying, “You may certainly eat from every tree in the garden. But from the Tree of Knowledge of what is good and evil, you shall not eat from it, for on the day you eat from it, you will certainly die.”

It was a mitzvat aseh (positive commandment-“you shall”) to eat from any of the fruits of the garden which were infused with kedusha (holiness) in the same way that we bring holiness into other mitzvot when we say “asher kidshanu bemitzvotav…”, “who has sanctified us with his commandments…”

It was a mitzvat lo taaseh (negative commandment- “you shall not”) to eat from the Tree of Knowledge.

Each of the Shtei HaLechem (two loaves that were brought on Shavuot) corresponds to each of the mitzvot mentioned above from the Garden of Eden. Through these loaves the fruits of the trees are blessed.

Rav Tzadok explains that in his opinion, the fruit that Adam and Chava ate was wheat. Before the sin, wheat was like a fruit on a tree. As it says in the Talmud, Shabbat 30b:

Rabban Gamliel sat and expounded the following: In the future (in the days of Mashiach) the soil of the Land of Israel is destined to bring forth ready-made bread rolls and fine woolen clothes.

According to Rav Tzadok, just as in the future the wheat will grow on trees as ready-made rolls, so too were there ready-made rolls growing on trees like all of the other fruit in the Garden of Eden. However, once they sinned, man received the curse of “By the sweat of your brow you will eat bread.”

Since we don’t have the Beit HaMikdash (Temple) and the Shtei HaLechem today, how can we make a tikkun for Adam’s sin, aside from eating fruit on Tu B’Shvat?

We have just started the Shmita (Sabbatical) year in Israel. Fruit grown in Israel during the Shmita year on land which is declared Hefker, ownerless, becomes holy. The fruit is infused with Kdushat Shviit, the Holiness of the Shmita year and must be treated respectfully. Those who are in Israel this year will have the opportunity to eat the holy produce just like Adam and Chava ate in the Garden of Eden.

Now all we have to do is wait for the time of Mashiach when rolls will once again grow on trees!