After years of waiting, the newest “Star Wars” film is finally out in theaters this week. Of course, even Jedis need to be careful when taking on Israeli airport security. 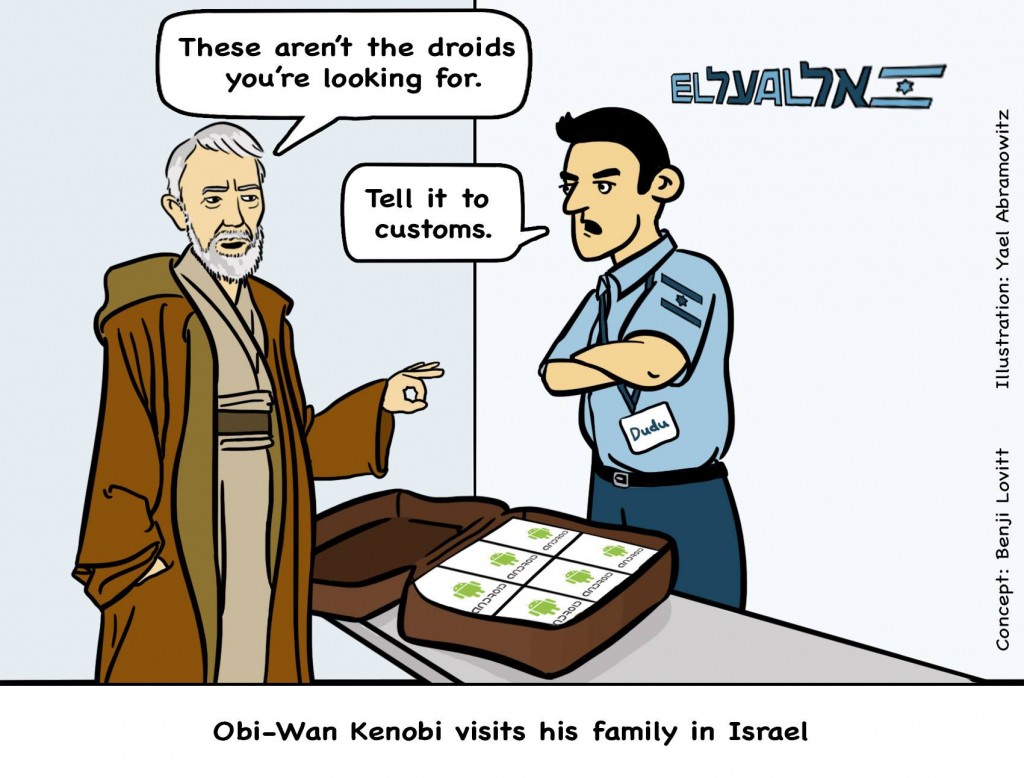 May the Force be with you!