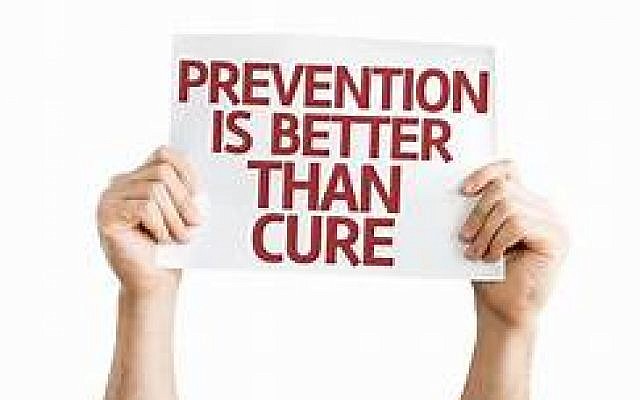 There are three sources for this misinformation. First of all, the scientific report has mistakes. Then the TA University website that reports the publication has (many) mistakes. And then every journalist (here, here, and here) is free to add her own mistakes to the mix.

The biggest flaw is that this is all written as propaganda, advertisement and not as neutral reporting of a scientific finding. It lacks every critical analysis and warning about drawing too large a conclusion. If you want to know what’s not so positive about the “great finding,” go look for it.

I understand that the University and the researchers need money and want fame but to sell this as scientific reporting is just dishonest. Another sign of this being an orchestrated campaign and not fair science reporting is that the article, the TAU website announcement and the articles in the Israeli press all appeared on the same day. Prefab writing.

A giant moral flaw of the whole reporting can be compared to explaining how to improve nuclear weapons while ignoring the moral side of them. Here is reported the means to get safer access to information that people will use to abort their pregnancies. In the Western world, parents want children later and fewer so they must be screened for perfection.

The University website article starts even off with “Every parent-to-be dreams of having a perfect baby.” Eugenics repromoted? The article doesn’t talk about deficient people or creatures unworthy of life, as the Nazis called them, but “flawed” is only semantically different. As a friend of mine with Softenon arms would say, You think I should have been aborted? (You think it’s nasty to bring this up? I think it’s nasty to leave it out.)

I’m not to judge people who decide to terminate their pregnancy (and I don’t want them shamed or bullied) but don’t call it a cure. I’m thinking about cruel cultures where they dispose of handicapped newborns at the doors of children’s homes  – also not my ideal. Obviously, the best test is done preventatively, before a couple decides to take dating to the next level.

It detects: if a parent has an obvious or hidden genetic flaw, if the baby will have that flaw and if it will be bothered by it or it will be hidden.

However, how prominent the symptoms will be can in most cases not be predicted. Not every person with Down Syndrome has the same potential. Not every sickness gets equally serious in all people. And we’re not even talking about people who have a mosaic – different DNA in some cells from others. Or about mistakes made by the doctors.

The reporters all say that this new method can also detect Down Syndrome but that is not inherited from the parents and the article doesn’t even discuss this or test this on the four babies!

NB: Mutations, spontaneous changes in the DNA so that it will differ from both parents, will not be detected with this method. Only stuff you inherit from your parents. So, forget about that perfect-baby story.

The website claims that detection will “predict mutations with 99% or higher accuracy, depending on the mutation type.” That’s the same as saying about a car repair shop that it has a “client satisfaction of 99% or higher, depending on the type of repair done.” That is misleading. If it has a satisfaction rate of 10% for changing the oil, it could still have been honest, because the 99% – it says clearly – depends on the type of work. But the whole statistical overkill is ridiculous anyway because this was tested on (yes!) 4 babies (never mind every reporter says 3).

Real reporting will say two accuracy numbers. What is the change of false positive (reported bad gene but all is OK) and what is the chance of false negative (reported all is OK but it turns out it’s not). This, of course, is absent here completely. But vital. Your baby has inherited your disease. How certain is that? A crucial question. Not “99% or higher.”

They call this type of test noninvasive but taking blood samples is still invasive, though less risky than taking genetic samples from the womb or placenta. Testing urine samples is noninvasive.

Any medical reporting that sounds too good to be true probably is.