Mark Twain once characteristically quipped: “Clothes make the man. Naked people have little or no influence on society”. Of course Twain got it right; we pay more attention to the elegant dresser than the “shloch” or poorly dressed individual. We look up to those wearing the trappings of office, we obsess about school uniform policy.

On the other hand, is clothing so critical to a person’s worth? Mahatma Gandhi, nearly naked in his little loin cloth had a large presence. And are we not being superficial by dismissing those who aren’t the sharpest dressers? Albert Einstein in his inimitable way suggested: “If most of us are ashamed of shabby clothes and shoddy furniture let us be more ashamed of shabby ideas and shoddy philosophies… It would be a sad situation if the wrapper were better than the meat wrapped inside”.

I’m writing about clothing because this week’s parasha or Torah reading focuses on clothing, specifically the robes and accoutrements of the Kohen Gadol, the Chief Priest, and the priestly caste. The Kohen Gadol is probably one of the earliest recorded examples of a high priest of fashion! He had a splendid coat and an appreciation of wearing layers. He did it with bells (beautifully ornate pomegranate bells on the hem of his garb) although without whistles. He had a marvellous mitre or headdress with a head-band reminding all of the purpose of his office: ‘Kodesh la-Hashem, Holy to God’

The priestly garments weren’t about haute-couture but holiness. The Torah appreciates that clothing conveys a deeper message, not only about respect for the office (our judges, mayors, police and soldiers still wear robes and uniforms), but also about the significance of respect and respectability. There’s a bracha in our daily service for putting on clothes: “Blessed are You Lord… who clothes the naked”. Rabbi Abraham Kook explained that humans as opposed to animals, are blessed with moral sensitivity and a subtle soul. We thank God, he says, for the refined spirit in our souls that leads us to wear elegant and honourable garments. We’re also called on to “feed the hungry and to clothe the naked” as an act of charity and social justice.

Notwithstanding the spirituality of “shmattes” and the rabbis’ focus on the “frumness” of fabric (especially when it comes to modest dress or tznuit), is there an argument for dressing down and de-emphasising clothing? After all, will God judge me unfavourably for wearing a T-shirt and jeans to shule? We were created naked but nudity as a statement of freedom and natural innocence has never been embraced by the Torah. Adam and Eve ensured that!

Nevertheless modesty isn’t just about the length of sleeves (and the obsession especially with women’s neck and hemlines is sometimes as offensive as the promiscuity of some contemporary fashions). Modesty or humble dress is surely also about not dressing to kill, but finding a way of being simple and tasteful. Of course this is very relative and different cultures and societies have very different ideas of what is appropriate. In chareidi culture coming to shule without a jacket or ‘kapota’ is generally unacceptable but in many Modern Orthodox congregations today a T-shirt, jeans and sandals for men is seen as okay. In our shule we don’t turn away men in shorts from our daily minyan although some of the older generation find it offensive.

There’s something to be said for simple ordinary clothes for the weekday services although I would draw the line at Shabbat and Chagim. On Shabbat and Chagim the Halacha advices us to dress-up, to wear our best clothes. Contemporary Israeli rabbi Shalem Berezovsky, in fact suggests that our Shabbat finery has the power to repair any misdemeanours from the week, just as the Kohen’s clothing atoned for arrogance (the turban) and gossip (the tonic).

Clothing is indispensable physically and spiritually but as Biblical scholar Aviva Zornberg reflects it can also obscure the honest, unflinching truth. She writes that it is perhaps because of this tension that the medieval commentaries stress the continuity of inner and outer in connection with priestly vestments: even the tailors and seamstresses must be pure of heart and aware of the symbolic meanings of their art. There is a recognition of the insincerity and fatuousness of the material world, something which drives the purist nudist movement; that urge to return to the essentials. 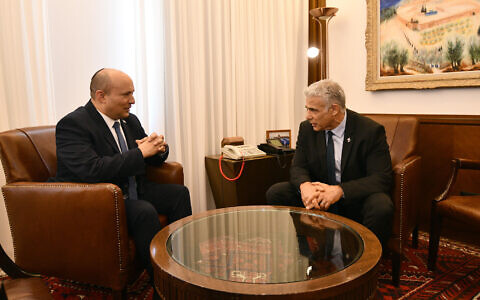 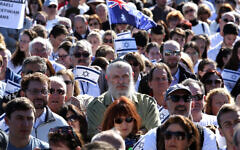 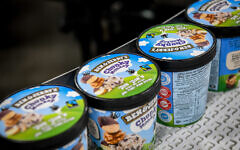 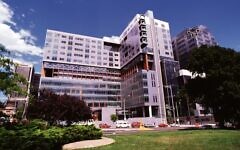 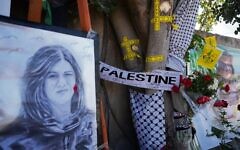