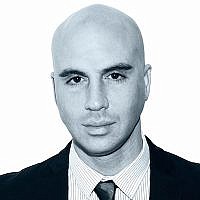 President Obama is scheduled to once again address himself to the United Nations General Assembly. Unfortunately, I will not be able to view the speech until later in the evening.

As I await his comments, I am reminded of the speech he made last year on September 24th, 2014, before the plenum of the same institution, speaking from what is arguably the most international podium on earth.

The majority of his comments understandably focused upon ISIL, the Ukraine, Russia, Ebola, Iran and al-Qaeda. It was toward the conclusion of his comments though that he took a rhetorical turn toward Israel so scything that his words have remained with me from that day until this.

Having outlined the woes of disease, terrorism, fundamentalism, annexation and aggression, the President went on to assert that where Israel is concerned,

“The violence engulfing the region today has made too many Israelis ready to abandon the hard work of peace. And that’s something worthy of reflection within Israel (emphasis added. See link. Time-code 32:10).”

With a single statement, the President had simultaneously dismissed the unique realities faced by Israelis, and ignored the areas common to American and Israeli citizens that demonstrate the inaccuracy of the assertion.

Turning firstly to unique realities faced by Israelis, the President ignored the fact that Israel is a country populated by generations of citizen-soldiers, both male and female. We have come to know war all too well and we thus yearn for peace with an intensity not typically shared by those spared the cruelties of conflict.

Contrary to what the President said, our experience of war sharpens our desire for peace. Just as the poor wish for wealth, the sick seek health, the lonely long to belong; so too do the people of Israel seek peace.

He ignored the fact that Israeli children will likely grow to not only know war in their homeland, but will also be called upon personally to face down its attendant horrors; their parents oftentimes escorting them to the gates of war.

Israelis who face that reality required no lecture on the importance of peace-making.

Furthermore, the immediacy of the threats faced by Israel render the statement deeply flawed. Let us briefly recall the realities we faced over the summer of 2014, whether prior to, or during Operation Protective Edge.

We saw an increase in the range of rockets fired from Gaza. They landed as far north as the Haifa periphery. Approximately two-thirds of the population of the state of Israel was thus terrorized. In America, that equates to rockets fired from the eastern seaboard reaching all U.S. citizens from Manhattan to Denver. I grant that this reality is difficult to internalize, but it ought to be deferred to somewhat.

Furthermore, while most leading democracies around the world do not operate a draft system, Israel enjoys no such luxury.

Whereas servicemen and women in the UK, France, the U.S. and Canada wear the uniform by choice, often motivated by a venerable desire to be a soldier above all things, Israel’s soldiers do not choose their fate. They are conscripted immediately upon graduation from high school. What generally fuels them is not a desire to be a soldier. Rather, they seek to navigate their way through their service with the goal of returning to civilian life thereafter.

The 66 families wrenched apart by that loss required no lecture on the importance of peace-making.

Of the dead soldiers, the bodies of two were kidnapped and dragged into terror tunnels from which they have never emerged. Their remains are being held for ransom by Hamas. Those soldiers names are Sgt. Oron Shaul (Z”L) and Second Lieutenant Hadar Goldin (Z”L).

The parents and siblings of these soldiers required no lecture on the importance of peace-making.

A mere month before the President’s comments, terrorists were emerging from tunnels they had dug deep into Israeli communities with the specific intention of murdering and kidnapping Israeli civilians.

Residents of such communities still suffer indescribable panic when sensing any vibration underfoot. Many have left their homes permanently as a result. Those who remain must stay vigilant, unable to relax even during the most simple of activities such as allowing their children to play in their back yard.

Residents of such communities required no lecture on the importance of peacemaking.

Operation Protective Edge required the mobilization of approximately 90,000 reservists. These reservists are Israeli professors, entrepreneurs, doctors, business owners, parents, students and newlyweds. Due to our small size, every single Jewish citizen of the country will have personally known somebody participating in that operation. That familiarity is not replicated anywhere else. Such people do not want war.

But one need not know Israelis to see the paucity of the President’s words. Consider the American view in the wake of protracted campaigns in Afghanistan and Iraq. Do we not hear the calls of many Americans to ‘bring the troops home?’ The desire to do so is one that is natural and human. The strategic wisdom of doing so can be debated.

But whereas US troops can be brought home if the political will is there, Israel’s soldiers cannot be brought home. They already are home. IDF soldiers fight not in our proverbial ‘back yard,’ we fight, almost literally, in our ‘living rooms.’

Of all the democracies mentioned above, the IDF is the sole force battling non-state-actors a mere 45 minutes from the capitol city of the state they are sworn to protect.

All democratic populations wish to safeguard the lives of their troops, even absent a personal connection to them. Given the familiarity that all Israelis have with the members of the IDF, the suggestion that we would not do all that is necessary to spare the lives of our soldiers, to avert conflict, to avoid war and to bring about peace is to apply a double standard to the Israeli people. That is not acceptable. It implies that Israelis, uniquely, respond differently to the ravages of war than do the the citizens of other democracies. From where does such a presumption emanate?

These recent months will be recorded as a fraying time in the history of the American-Israel relationship. It is a relationship that it is in the interests of both countries to repair. While I realize it unrealistic to expect a Presidential apology, I believe much good will might be generated if this year Mr. Obama would simply spare Israelis the injustice of being singled out and shamed before the community of nations; particularly in a manner that is in no way accurate.

While the President’s personal lack of military experience may leave him unable to connect with the average Israeli soldier, the groundswell of war-weariness exhibited by average U.S. citizens ought to have resulted in a better understanding of the urgency that Israelis too attach to the business of peacemaking.

If the people of Israel are to be singled out for anything, it ought to be for their sustained adherence to the notion of peace in the present, even as our recent past suggests that our next mobilization may be less than a year away.

I am neither a Republican, nor a Democrat. I am an Israeli. As such, I feel the President would do better to target those who thrust war upon Israel, torment the entire middle east and seek the destruction of the great United States of America. Chastising us will not appease them.

Baseless, unsubstantiated claims that blanket all Israelis are simply egregious; whether being so by design or merely by result is not particularly important. I hope there will be no such repeat this year.

About the Author
Benjamin Anthony is the Co-Founder & CEO of The MirYam Institute. He is an IDF combat veteran and a graduate of the University of Cambridge in the U.K. Follow the work of The MirYam Institute at www.MirYamInstitute.Org . Read Benjamin's Bio here: https://www.miryaminstitute.org/benjamin The MirYam Institute is the leading global forum for Israel focused dialogue, discussion and debate, and is the gold-standard for campus presentations and substantive Israel travel for elite graduate students, doctoral candidates and military cadets.
Comments