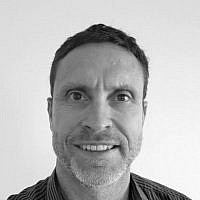 The Blogs
Warren Lewis
Apply for a Blog
Advertisement
Please note that the posts on The Blogs are contributed by third parties. The opinions, facts and any media content in them are presented solely by the authors, and neither The Times of Israel nor its partners assume any responsibility for them. Please contact us in case of abuse. In case of abuse,
Report this post.

“There are no heroes. There are only heroic decisions. You are never further than one decision away from making a difference. It doesn’t matter if it’s a big difference or a small difference, because you don’t have to save the world by yourself. In fact, you can’t. We make things better together. That is the power of civilization.”

Whatever your opinion may be of Edward Snowden, you cannot deny the veracity of his words. In light of this, I was most impressed when Enes Kanter expressed his opposition to the Chinese government for its treatment of the Uyghur population amongst other things. For those of you who don’t know, Kanter is a Turkish basketball player who currently represents the Boston Celtics in the NBA. He has spoken out in the past against the Turkish government and has faced severe backlash and consequences both to himself and his family in Turkey. In his latest protest, he not only calls out the Chinese government but also criticizes big companies like Nike for speaking out about social justice issues in the US while at the same time remaining silent about China. For these actions, he will most certainly face both professional and personal ramifications.

After seeing this public display of integrity, I was disappointed that side by side on the very same page on the online publication on which I was reading this story, was one about how the Israeli government had, in the words of the article, “refused to sign a United Nations statement expressing concern about the welfare of the Uyghurs, a Muslim minority group in China that has been forced into “re-education camps,” which some have likened to concentration camps.” The article continued that “an Israeli diplomatic official told The Times of Israel that the Israeli government had “other interests that it has to balance” in its relationship with China.” Give them credit – at least they were being honest.

I then read the statement and noticed that aside from Israel, the other country of which I am also a citizen, South Africa, was also not a signatory to this statement. The statement itself does not call for any action or boycotts of China but merely asks China to respect all human rights and allow access to foreign observers to see for themselves. In the past, South Africa has even blocked entry to the Dalai Lama of all people for fear of upsetting the Chinese government. Why would these two countries not sign an innocuous joint statement on human rights abuses? I think the answer is obvious – money talks and they are afraid of the financial implications as regards international trade as well as investment from China.

Whatever the reasons, with the alleged abuses that are taking place, the silence was deafening from two countries that evolved from two of the 20th century’s worst human rights abuses. Both refused to stand up for the human rights of others. When two countries that were born out of, or experienced such terrible human rights issues don’t stand up for basic human rights, then we come to understand just how money makes the world go round.  I tell my kids – “Doing the right thing is not always the easiest thing, but it’s always the right thing.”

I’m sure the defense to this is that things are not so simple and that every country has to evaluate its’ economic interests against standing up for some minority group in a faraway land. I understand all countries need to take into account their own sovereign interests and well-being. Why should we put ourselves at financial risk just to call out some other country about something most of us are at best indifferent about? No country gets any benefit from standing up for human rights versus the financial cost. And yet 43 other nations felt they could speak out in the name of oppression – and Enes does too!

Kanter will undoubtedly feel the effects of his latest protests – whether not being able to get a new contract because China refuses to show his teams’ games on Chinese television, loss of sponsorship opportunities, or any other financial or personal penalty including to his own safety. But even that small difference is heroic, and he is indeed trying to make things better by speaking out. For that, I salute him. In the meantime, for us, it seems it’s business as usual, and yet we are so familiar with the words of Martin Niemöller:

First, they came for the socialists, and I did not speak out—Because I was not a socialist.

Then they came for the Jews, and I did not speak out—Because I was not a Jew.

About the Author
One of the great beauties of life is the journey and evolution of the self. I put ideas down to clarify my thoughts, but most importantly to hear feedback from others so that I can be challenged to refine my views.
Related Topics
Related Posts
Comments