​We live in a world that pretends to be egalitarian. It is a world where women work long hours at occupations which in the past were considered to be the domain of men. This was not due to the physical demands of these jobs but rather to the excessive hours that need to be dedicated to them. It was taken for granted that women being mothers, were expected to be at home caring for the children; if not all day long, then at least from the time the nursery or daycare closed at 4:00 pm. As such, they weren’t suited for management positions.

Nowadays in a society that proclaims itself to be egalitarian, great strides have been made (although in my opinion, there is still a ways to go to achieve true equality). One of the places in which we are seeing the effects of change is the family unit.

Today, in many homes that I am personally familiar with and from what I hear from my clients, there are a division of duties of one type or another between spouses.  Most of the time​,​ this includes dividing the ​hours​ ​for school pick up and afternoon childcare.​

Often​,​ ​on​ certain days​,​ the husband leaves work early to pick up the kids​,​ ​enabling the wife to stay later at her job which requires longer hours​.​ ​On​ other days, the mother picks up the children from school so that the husband can meet his work schedule .

I believe that the foundation built by the couple jointly raising their children, benefits the children much more than the old standard of one parent being the major caregiver. I know this arrangement is one that motivates parents, and fathers in particular, who desire to maintaining a close, intense and cohesive bond with their children even in the event of a broken marriage.

When a break up occurs, these fathers discover that the legal system is accustomed to establishing the mother as the primary caretaker, with the father only getting visitation rights. This is so, even though the pendulum in Israel is moving towards a concept of joint custody.  If we are dealing with a child younger than six years old, we also have the “tender age doctrine” which is the basis of the benchmark for custody to the mother and visitation rights for the father, of only several hours per week.

Unfortunately, many times we see cases where the fathers were intensively involved in raising their children – taking them out of preschool, feeding them meals, diapering them, taking them to extra-curricular activities, attending parent-teacher meetings and the like; yet when the couple starts the divorce process, the wife requests or even demands primary custody.

The legal system, albeit in uncharacteristic tardiness, has undertaken steps toward change, partially due to pressure from father’s rights groups who have banded together for this purpose and partially as a response to an upsurge of requests from parents who want joint custody.

As a consequence of the increase of requests for joint custody, there has been a demand for a proportional division of child support payment obligations. This would reduce the normal amount of support money that the father would need to transfer to the mother for the children because half of the time the children are under his care.

As the saying goes, “With the food comes the appetite”.  So too, the equality revolution is gaining momentum and in this case, the support payments will now be calculated based on the income of both spouses. Until recently and in accordance with Rabbinic law (and yes, even in the Family Court system), it was customary for the father to be solely responsible for the financial support of the children even if the mother is earning more.

On July 19, 2017, the Supreme court issued a ruling that set a new procedure for establishing child support obligations.

According to this new procedure, support payments in the cases of joint custody are to be calculated, based on the incomes of each of the ex-spouses, taking into account their individual dwelling expenses and how much “free” income remains. If the amounts for each of the spouses are similar or identical and the custody time is divided equally between them, there is a good chance that no support payments at all will be transferred between the ex-spouses.

It goes without saying that there are always variables and particulars and that there are fathers who attempt to nullify their support obligations, without realizing that this is predicated on equally shared custody and childcare.

It is likewise understood that the Rabbinic Courts, who generally operate by the Jewish Law 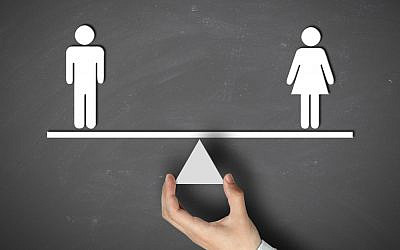 which exclusively obligates a father for child support, are having a difficult time processing and accepting this change. (This is a topic of its own and I will address it in a separate article in the future)

So the moral of the story is: be careful what you ask for and think it through. Thankfully, women are catching up to men (even though there is still a ways to go) in salaries and employment opportunities.  And thankfully, men are taking a much greater role in bringing up their children. Unfortunately for many women (i.e. those whose earnings are at the lower end of the salary ranges), the social changes that increased the involvement of fathers in rearing their children, has also created changes in the legal system – and not always in the ways that these women had anticipated.

About the Author
Soon after returning to Israel with his family fom a 14 year hiatus in the US, American born and bred attorney Jay Hait went through a vicious divorce exposing him to the dark side of family law in Israel. When it was all over and he came out with custody over his young children, Jay switched from corporate to family law because he knew that there had to be a better way -even within the confines of the Israeli legal system.
Comments