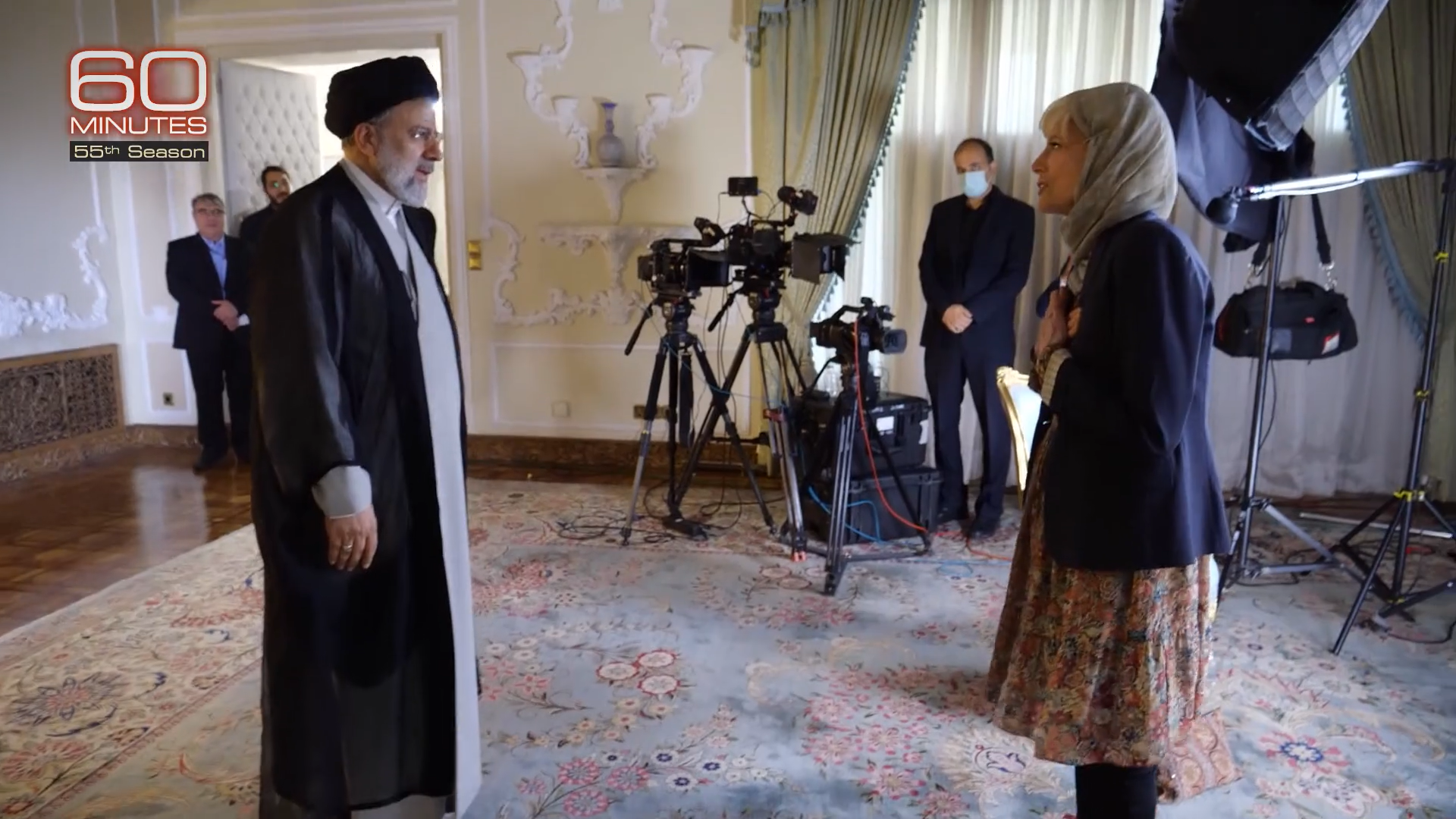 In a recent interview with Iranian President Ibrahim Raisi for 60 Minutes, Leslie Stahl asked Raisi if he believed the Holocaust took place.

His response was a form of denial in that he certainly did not affirm the Holocaust happened, and the murder of six million Jews took place. But he suggested that if it really happened, facts should be opened up to prove it. “Historical events should be researched by researchers and historians,” Professor Raisi noted. “There are some signs that it happened. If so, they should allow it to be investigated and researched.”

Either the man is tremendously ignorant, or evil. Although in this case, I would argue that he is both.  Of course, he did not note who the “they” are that are allegedly preventing the Holocaust from being “investigated and researched.”  Nor did Leslie Stahl ask. We’re left to assume that it’s the Big and/or Little Satan, i.e. the US and Israel, or the West in general, that are preventing true investigation and research.  Maybe, it’s Santa and his reindeer.

It’s curious why Leslie Stahl asked him the question anyway, if not to make headlines, rather than actually dig into the hateful and evil nature of the Iranian regime as the leading state sponsor of global terror and its extremist Islamic ideology. However, she offered no follow up. One follow up might have been asking Raisi where there are Holocaust Studies programs at a major, or even a minor, in any Iranian universities.  Surely “they” can’t prevent that. Perhaps, Stahl could have enlightened the Iranian president about actual studies and research along with the hard evidence that exists, including the acknowledgement of guilt and taking responsibility by many of the (western) perpetrators. Maybe, she could have suggested that Iran use 10 percent of its nuclear weapons (research) budget, or what it spends to fund terror groups and operations around the world, to investigate. Maybe even just five percent.

Stahl went into the interview knowing she was going to ask that question. Whatever his response may have been, she should have been prepared for a serious follow up question. Stahl’s response however was, “You’re not sure. I’m getting that you’re not sure.” Quick, call the Nobel and Pulitzer prize committees.  A journalistic grand slam! How Raisi contained a chuckle is beyond me.

Not missing a beat, Stahl missed the beat. She mumbled something about the Arab countries that have recently made peace with Israel or are in talks with Israel, drawing Raisi’s ire, not for her the journalist tough question, but the traitorous fellow Moslems who dare to make peace with “the Zionist entity.” Judge Raisi replied, “If a state shakes hands with the Zionist regime then they are also an accomplice to their crimes.”

She missed the fact that three years after Egyptian President Sadat made peace with Israel, he was assassinated in an Iranian led plot, 41 years ago next month.  Was he making the same threats today? Stahl didn’t even ask the president about overt Iranian threats on Israel’s existence and how its nuclear weapons program, fully documented, is aimed as Israel’s destruction.  She could have at least connected her softball Holocaust question with the one about Israel’s right to exist.  But, nope, she swung and missed.

Would the same attention be given to her interview if she had asked whether Raisi believed Santa Claus existed?  In fact, tens if not hundreds of millions of Christian children believe that he does exist and if they are nice, he will bring them presents on Christmas.  Raisi’s naughty deceit earns him a big lump of coal, which might be helpful in Iran’s crumbling economy.  But it was Stahl’s journalistic malpractice that was the actual gift. Officially, Islam grants Jews and Christians second class dhimi status, and recognizes Moses and Jesus as prophets, but not THE prophet. So of course, the Iranian president’s view on Santa Claus matters. How he’s been feeding the reindeer with the rising price of food has got to be on everyone’s mind. If she really wanted to make headlines, that’s the tough journalistic question she should have asked.

While Santa Claus is a myth, sorry for the spoiler, the Holocaust is not. There is abundant evidence that only someone grossly ignorant and no less evil could begin to deny.

I’m not sure why she asked him the question, however what I really don’t understand is why she didn’t push back and challenge him. It indicates to me that she was really there more to get headlines as click bait rather than any substantial investigative reporting.

I remember growing up, Sunday nights we watched 60 Minutes as a family.  Then, 60 Minutes set the bar on some legitimate investigative reporting that made headlines for the actual content, not because the interviewer lobbed a softball question at the interviewee and then, when the ball was hit back at the interviewer, s/he would duck so as to avoid getting hit, rather than catching the ball and making the play.  That’s what Leslie Stahl did.

Why did she miss so badly? Did she not care?  Was it sufficient to get the interview and let that be the news, regardless of the substance?  Was she afraid she wouldn’t be invited back to Tehran?  Did she worry she’d end up dead like 22-year-old Mahsa Amini, the Iranian women who was murdered recently by Iran’s morality police for not wearing her hijab properly, or the several who have been killed protesting this young woman’s death. Fortunately, Leslie Stahl was not attacked, because she was told how to dress and how to behave in front of the Iranian president, and she complied.

At the beginning of her interview, Stahl greeted president Raisi with her hand clutching her heart, drooling over how nice it was to meet him.  I wanted to stick my hand down my throat and make myself vomit. She should have her “journalist license” revoked.