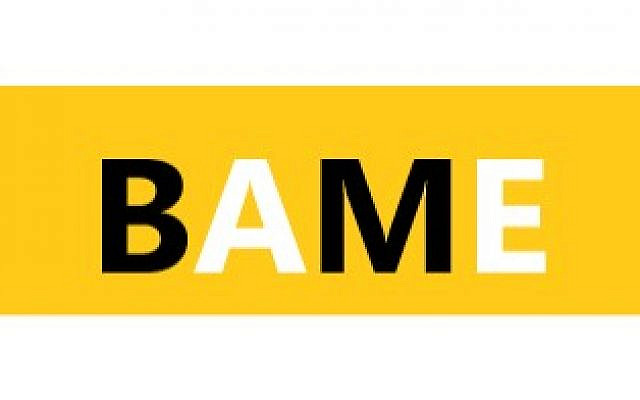 The reports were heart-warming. I watched with pride as both the BBC and Sky News reported the UK government’s decision to change the definition of BAME (Black, Asian and Minority Ethnic) people.

Yes, from now on, we Jews were to be included.

It is time for Jewish Lives to Matter, said the commentator. Many public figures have sent a letter to Prime Minister Boris Johnson calling for a public inquiry into the unacceptable COVID-19 fatality rate amongst the BAME community. And, the commentator went on, the inquiry will include Jews.

Despite being just 0.3% of the UK’s population, it seems that 2.1% of COVID-19 fatalities are Jews. That makes Jews more than four times more likely to die of COVID-19 than the general public.

The BBC was forthright in its condemnation of the government. The higher fatality rate of Jews from COVID-19 is being ignored as they are not considered to be a BAME community and do not receive the same aid as BAME communities. It is time for a change – the BBC will stand up for the rights of our Jewish brothers.

I glanced at the morning newspaper. The Community Security Trust (CST), which monitors antisemitism and provides protection for the Jewish community, was ecstatic about the plunge in the number of antisemitic incidents recorded in the UK. There is no more antisemitism in the UK, it announced, the CST is closing its doors, we are no longer needed.

Another article had much praise for Mr. Corbyn: “Top UK Rabbi Thanks Corbyn for his Efforts to Stamp Out Antisemitism Within Labour Party.”

I glanced again at the television; the BBC was in full flood. A popular movement is gaining strength, advocating the banning of works of English literature that promote antisemitism. There has been a definite antisemitic theme running through books from as far back as Chaucer through the works of Shakespeare, Smollett, Thackeray, Bernard Shaw, H. G. Wells, T. S. Eliot, Aldous Huxley, G. K. Chesterton and more.

Running on the Breaking News strip, was a story about Nigel Farage. He was advising us to invest in Goldman Sachs, the bank founded by a Jewish immigrant to the US, to help the “globalists” create a “new world order”. He claimed that the antisemitic conspiracy theories associated with these phrases were “total nonsense”.

And then the alarm went off and I woke up.