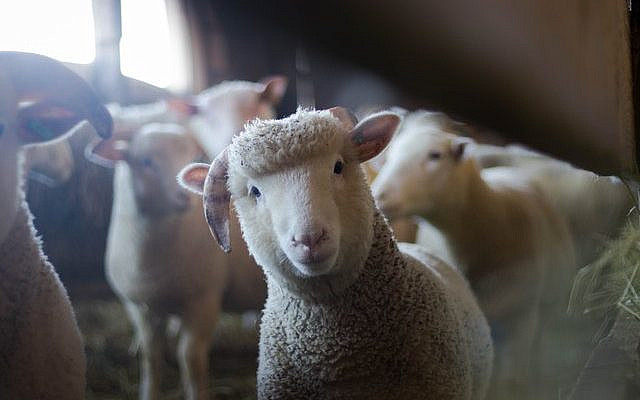 This song, published in 1919, was written at the close of World War I. It looks at the culture shock that American soldiers would face when they returned from bright lights and big cities, like Paris, to their ordinary lives working on the farm, deep in the countryside. When the US made its belated entry to WWI, some 50% of the population were farm dwellers. Farmers had good reason to worry that their returning sons would abandon country life and make their way to the beckoning cities.

It seems that the leaders of the Haredi world are facing a similar problem.

Israeli health officials have given us the hard statistics; coronavirus is much more prevalent among Haredim than among “ordinary” citizens. Although the Haredim make up just 12% of Israel’s population they were nearly 35% of those who tested positive for the virus.

Although their crowded living conditions cannot escape some of the blame for the high infection levels, it seems that irresponsible behaviour has played a major part in the spread of disease, both among themselves and into the general public. This is down to their self-appointed leaders who are often the only source of information to their trusting flock. Is it just a coincidence that the same word applies to a group of sheep and a rabbi’s unquestioning followers?

Recently, thousands attended the Jerusalem wedding of the grandson of the leader of the Belz Hasidim in an apparent violation of government rules that limit indoor gatherings to 10 people and outdoor gatherings to 20.

If the Haredi rabbis’ irresponsible behaviour had affected only those foolish enough to listen to them, we could ignore it, but Israel now has an infection level that is almost three times higher than anywhere else in the world. We are used to Israel setting records in many fields, but this one we could certainly do without.

Many within the closed Haredi society have no access to the outside world. No television, no radio, most certainly no internet. They have their own newspapers with a very restricted view of the world.

But, with many yeshivot being forced to close, students with time on their hands are perhaps beginning to think for themselves. They may catch sight of a forbidden newspaper, with real news from the real world. They might start asking if their rabbi was deliberately keeping them in the dark or if their all-knowing rabbi knew less of the world than the average Israeli teenager. Walking around aimlessly, with no one to control every minute of their lives, they may accidently leave the confines of their community and, heaven forbid, pass by a shop selling televisions with live screens in the window. Who knows what these unsupervised yeshiva bochurs might see?

Yes, How ya gonna keep ’em down on the yeshiva
After they’ve seen Tel Aviv