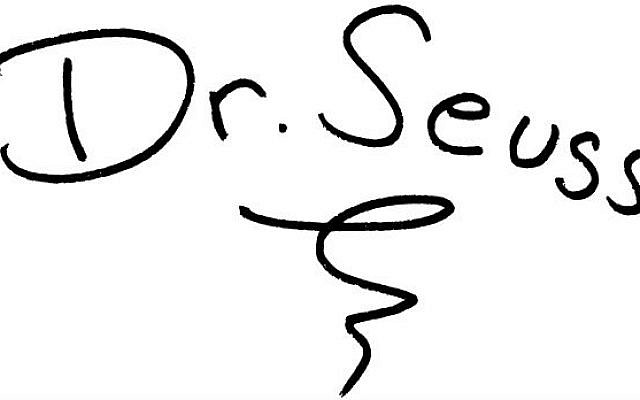 The Donald ducks questions on his embassy views,

I couldn’t care less if you choose two or one
Just go make that deal, just go get it done.

Figure it out, do the equation
Add Palestine to the map
Divide the lone Jewish nation
There’s no reason whatsoever, no reason at all
Why we shouldn’t have peace by this coming fall.

I can think of one reason, spluttered a president’s aide,
And 100 more, why this deal can’t be made.
Why peace is evasive, in that God-given land
I’ll put it in terms even you’ll understand
Why you can’t stop the fighting, why you won’t get your truce
I’ll explain it in rhyme like my friend Dr. Seuss.

Jews claim they’ve a right to live there and be free,
But the Arabs keep saying they’ll throw them into the sea.
Palestinians demand to return to their land,
Israelis proclaim that from this they’ll be banned.
Both sides want Jerusalem, the city of God –
They both want it all, insisting the other be barred.
If the embassy’s moved as you promised to do
You’ll endanger the life of each resident Jew,
The knives will be drawn with blood destined to flow –
With all due respect, sir, please take it slow.

The Donald just fumed, “Of such excuses I’m tired,
I’ve no use for reality, get out now, you’re fired!”

I need someone, said Trump, who thinks out of the box,
Someone like me who thinks like a fox.
A real estate dealer, a lawyer or two
Who will blur that fine line between lies and what’s true.
Get rid of them all, those political hacks
Just find me an author of alternative facts.

They’re silly, they’re brainless, the problems you raise
I can solve all those problems in a matter of days

For Arabs who want to get back to their land
I’ll make it real easy, I’ll even lend them a hand,
I’ll pay a Bet Din to let them convert
We’ll skip circumcision so it won’t even hurt
I’ll stack it with Jared, Friedman and Lauder
We’ll make it quite real, like it was for my daughter
I know it sounds crazy, even somewhat insane
But those bleeding-heart lefties will be the last to complain,
Menial jobs will be tasked to each ex-Arab neighbor
Allowing Jews to rejoice in renewed Hebrew labor.

Problem two I will solve with a great bungee jump
From an ocean-front tower I’ll name Dumped by Trump.
From there Ahmed will toss Jews to the sea for a fee
And they’ll keep coming back, for the third toss will be free.

Problem three’s not a problem, not a problem at all
I’ll buy them Jerusalem, even build them a Wall.
For I meant what I said and I said what I meant
And this president’s truthful one hundred percent.
I’ll sit down with Bibi and here’s what I’ll say,
Our embassy’s moving, I’ll move it today
Just tell me where to, so many choices to choose from
Just not in Israel,
Sorry friend, you win and you lose some.

There are thirty-nine Jerusalem’s, north south east and west,
Why blindly assume that yours is the best?
Choose any which one, Abbas will choose from the rest.
I’m not making this up, I’ve googled, it’s true,
You can find one in Utah and one in Peru,
Jamaica, Brazil, and Ecuador too,
Surely there’s one that’s just right for you.

So you see, there’s no problem I’m not able to solve
All you need is my chutzpah and an ounce of resolve
And one more thing for a deal that’s also a must,
Earning your enemy’s absolute trust.

So how will I do it, how will I get this deal done?
I’ll just bark out an order to my by-marriage son:
Pick up the phone and call our friend Abbas
Request he come over this very next Shabbas
There’s nothing like cholent and a good festive meal
To set the right setting for making a deal

As to Bibi that’s easy, as easy as pie
Because Bibi and I we see eye to eye
I’ll buy him a bank and call it the West
Once that deal is done I’ll be able to rest.

I can feel it already, the best high of highs
Just one year from now, I’ll get that Nobel peace prize
Obama got one and the world’s still at war
But lucky for me, each year there’s one more.
So I’ll claim it, I’ll buy it if that’s what it takes
I’ll topple the best of them, the rest of those fakes.
I’ll pull peace like a rabbit straight out of a hat,
No one but me can begin to trump that.

I’ll cherish that moment, the world will cringe in disgust
But that prize, gosh I’ll have earned it, for I earned both their trust.
I said it straight out to Boobi and Mazenbu too
Hug and make up, it’s what’s best for you.
I’m telling you folks, it’s time to get real
I don’t care how you do it, just go make that deal.
Then he turned with his signature thumb’s up in the air
Leaving Bibi and Abbas complaining nothing was fair.

So that’s my prognosis, disclosed tongue in cheek
As to what to expect from Trump’s visit this week,
But as tough as it is, if it’s peace he’s pursuing
Ignore that he has no idea what he’s doing,
Grant him this chance to go on and keep scheming
And join me and my friends as we go on and keep dreaming.