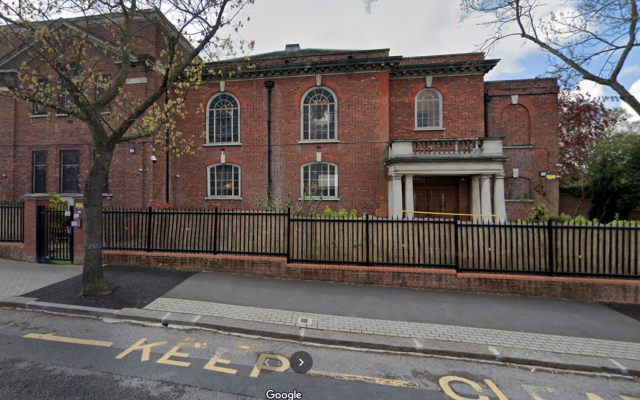 This year marks the centenary of the opening of Dunstan Road, the first Ashkenazi Synagogue in Golders Green. I was a congregant there between 1936 and 1939, when I was evacuated when the war broke out. It might be over 80 years ago, but ones memories of ones childhood are often clearer than those of yesterday.

The congregation was formed in 1916 and appointed the Jews College graduate, Rev. Isaac Livingstone, (1885-1979), as their minister. He served the congregation until 1956 and was known as the Vicar of Golders Green. Which wasn’t surprising as he was an majestic figure, complete with dog collar, though his practice of carrying a stick on Shabbat raised some eyebrows. His obituary recalled his “noble dignity” and “impeccable canonicals”. He certainly became the doyen of the ministers.

Golders Green was one step up from the East End and became a London suburb when the Tube was extended to what is now the war memorial. It was farmland up to then, and suitable for the location of the Hoop Lane cemetery, as all Jewish cemeteries have to be initially in the country. The land for Hoop Lane was bought by the West End Reform congregation in 1894 and some of the acreage was then sold to the Sephardim in 1896. When you look at the totally built-up nature of Golders Green today, it’s hard too think of it as farmland.

The Dunstan Road congregation sought respectability. They wanted to escape their origins as emigrants from Eastern Europe in the East End. The Board of Management and the wardens at Dunstan Road wore morning dress and top hats. So did the barmitzvah boys and many of the congregation.

From 1935 the Hazan was Rev. Moise Taschlicky, (1901-1990), originally from near Odessa and via congregations in Budapest, Holland, America and Vienna. Moise Taschlicky had an excellent voice and stayed in post until 1970, but during the 20 years he served with Isaac Livingstone, there was no question of who was the senior cleric. In procession, Livingstone was always in front.

The lay leaders of the congregation were the Freedman family and the arguments between Livingstone and warden Myer Freedman were legion. The patriarch was Joseph Freedman who was chair of the United Synagogue building committee for a number of years. Eventually his sons financed the building of the meeting room which has only just stopped being known as the Joseph Freedman Hall. It was consecrated in 1939 and Joseph Freedman was presented with a silver key. It’s now part of the family heirlooms and I’ve given it to my son because Joseph Freedman was my great grandfather.

Both Rev. Livingstone and Rev. Taschlicky are buried at Willesden. The chazan left £293,000, but he is still buried behind Rev. Livingstone. Jonathan Sacks was also the Dunstan Road minister in his time and Rabbi Harvey Belovski is the able incumbent now.

The Charedi community now dominate Golders Green and yarmulkes have taken the place of toppers. The descendants of the old Dunstan Road community have moved to Hampstead Garden Suburb and on to Edgware, Finchley, Borehamwood and Radlett. It was ever thus, but plus ça change, plus c’est la même chose. Dunstan Road won’t be the last Synagogue to eventually be discovered by archaeologists in 1,000 years time, and somewhere else they’ll still be keeping up the old traditions.