Before my freshman year of college, the synagogue in which I was raised moved to a new location. I visited the old synagogue, now abandoned, and when asked in freshman English to write about a personal experience I wrote the following. Written more than 40 years ago, I rediscovered it in a drawer, right before Yom Kippur:

Slowly I ascend the steps of the synagogue.

I remember when throngs of worshippers would have been

The temple has moved to another place.

As I climb I feel I am saying goodbye to too much.

I open the door

as if I would otherwise awaken things better left asleep.

The corridor looks the same, but it no longer leads

for a moment I’m not sure I wish to see…

The majestic pulpit still towers over rows and rows of seats,

yet they are empty.

I don’t think I’ve ever seen them that way before.

No bewildered children, no annoyed parents.

Gone are the old men who have come to cry

there are no takers.

The sun continues to shine through them,

a page torn from a prayerbook.

Its words lament the exile of the children of Israel

from their land.  Two thousand years

have passed since it was written:

“How doth the city sit solitary,

that was full of people!

How is she become as a widow!

She that was great among nations and princess among the provinces,

how is she become as a tributary!”

Gently, knowingly, I replace the paper.

I approach the Aron Kodesh – the holy ark

where the Torah scrolls were once kept.

When the curtain is opened all rise out of respect.

Slowly I open the curtain:

no one stands, no one sings.

There is no reverence for emptiness.

The holiest place in the synagogue:

“How is she become as a widow.”

Hurt and confused, I shut the curtain.

I look out upon the seats,

standing where I stood

when I first chanted the prayers

years of study in preparation

and all it meant.

Now as I chant those same prayers,

they echo and fly back to me,

Rushing toward the exit, I turn back for

I hadn’t noticed it before. The final tribute to

the remoteness of the past.

On the pulpit hangs the eternal light, the light that is to burn forever.

I take a deep breath of the present.

the synagogue is empty.

Except for the piece of myself that I left behind. 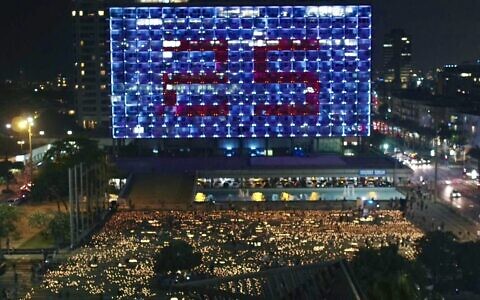 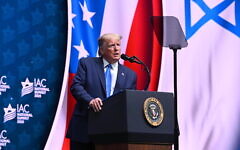 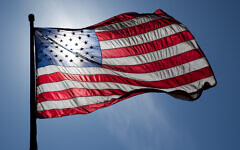 What the Shema Tells Us About Moral Leadership
Andrew Silow-Carroll

A Nationalist Promise with a Globalist Mission
Morey Schwartz 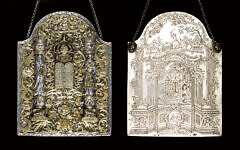 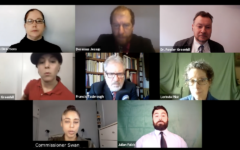