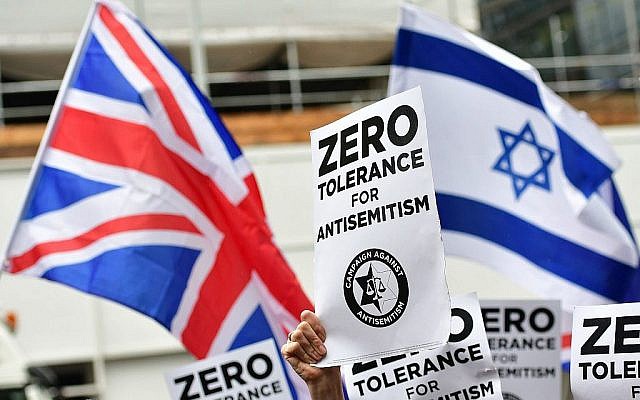 Obviously, education is not a new idea – the Holocaust Educational Trust came up with it decades ago, and education is a key part of the work of BICOM, CAA, We Believe in Israel, and others, but perhaps it is not a big enough focus of our community’s efforts to combat anti-Zionism at grass-roots level.

A specific thought about education came to me earlier this week, when I was one of a privileged group being addressed on Zoom by Chief Rabbi, Ephraim Mirvis. In a private discussion on antisemitism and anti-Zionism the Chief Rabbi described the situation thus: “We Jews face a number of trains roaring down the track in our direction…”

Hmm. Clearly the Chief is as fond of a metaphor as I am, so I will extend that metaphor to try to explain why I don’t entirely agree with him – about “a number of trains,” at least – and also to explain the need for a far greater focus on education.

I believe that, in the UK and in most of Europe, brakes have been applied to a train we might call the Neo-Nazi Flyer. I am not saying that plain old-fashioned Jew-hate or Neo-Nazism have been completely eradicated – if only – but I suspect that at least some people who had willingly climbed aboard believing they were merely expressing support for Palestinians may be starting to feel a little queasy when they recognise exactly what they had been dragged in to. Some may even be considering disembarking.

That is not to say that the ramshackle train carrying the ignorant bigots spouting their mediaeval slogans and tropes about “Christ-killers” and “Jewish control” will not continue to trundle along, given a push by the like-minded bigots with whom they connect via social media. But ignorant bigots will always be with us, because xenophobia and ignorance will always be a component of human nature. But in Britain and in Europe, blatant neo-Nazi antisemitism has been largely driven to the margins, or to further stretch the metaphor, sent to the sidings.

That leaves the far bigger task of halting or derailing the Anti-Zionism Express. That is not only still roaring down the track towards us, but continues to deceive decent people about its purpose (its destination?). It may have been slowed slightly by the widespread adoption of the International Holocaust Remembrance Alliance (IHRA) definition of antisemitism which draws a line between criticising Israel for its policies and actions, and calling for the destruction of the Jewish state. It is also possible that the recent bilateral treaties between Israel and the UAE, Bahrain and Morocco, will have led to a tiny squeeze on the brakes.

But if we really want to bring the Anti-Zionism Express to a halt, we have to employ the same methods as the anti-Zionists – except, of course, where they have deployed a highly effective mix of lies, omissions and half-truths, we will deploy the historical truth.

At this point, obviously, I must again acknowledge that this is not a new idea. Nor is it simple.  Indeed, I was aware of the magnitude of the task facing us as far back as the early ’90s when I recall saying that our community was at risk as a result of an entire generation of students having been exposed to the false but compelling Palestinian narrative. I recall pointing out that many of those students had gone to work in media or academia, where they were perfectly placed to infect a larger cohort with the toxic, antisemitic lies and where, in the very definition of “exponential,” those infected were able to infect others.

Inevitably many of those to whom the lies were spread, are now teachers, polluting our education system with antisemitic beliefs absorbed with the propaganda.

Our community has to start somewhere to try to break this cycle. And reading the latest report on Campus Antisemitism from the Community Security Trust, it seems to me the “somewhere” should be schools. It’s time to intervene before yet another generation is infected with this antisemitic narrative. Just as there is Holocaust education, perhaps there should be Middle-East education which ensures the historical truth is passed on, not propaganda.

We may need to start by re-educating teachers who have fallen under the spell of the Palestinian lobby. They need to learn the historical truth and recognise the relentless propaganda campaign they have been subjected to as the way to combat the casual anti-Jewish racism that Jewish parents say has become widespread in secular schools.

After that, we have to get education into schools, so that pupils are given facts and truth to help inoculate them against the antisemitic lies they will inevitably be told.

Without that kind of action, antisemitism will flourish in secular schools as it has flourished on campuses. Our community needs to act today, before we reach a point where the CST will feel compelled to produce a report entitled: “Antisemitism in British Schools.” 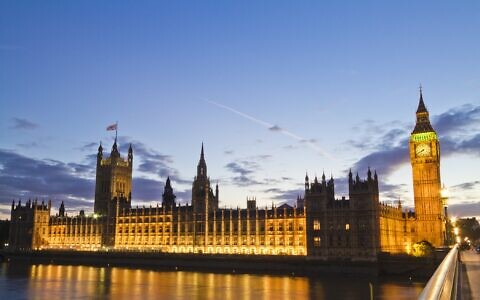 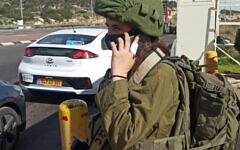 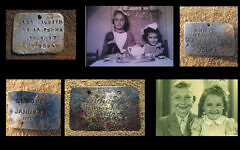