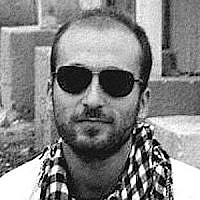 The Blogs
Michael Horowitz
Apply for a Blog
Advertisement
Please note that the posts on The Blogs are contributed by third parties. The opinions, facts and any media content in them are presented solely by the authors, and neither The Times of Israel nor its partners assume any responsibility for them. Please contact us in case of abuse. In case of abuse,
Report this post.

As, under the order of the Israeli cabinet, the IDF resumed its operations in the Gaza Strip following a six-hour long ceasefire which only Israel respected, it has become clear that in this umpteenth round of violence, it is Egypt, remains interested in toppling Hamas.

According to Hamas’s spokesperson Sami Abu Zuhri, Hamas was never consulted by Egypt for a ceasefire proposal. And while Hamas was denying reports that it received the proposal, the Palestinian Islamic Jihad, Hamas’s rival, claimed they were reviewing it, further infuriating Hamas. As a result the Izz ad-Din al-Qassam Brigades -Hamas’s military wing- stated the proposal was “not worth the ink used in writing it”.  The Egyptian proposal for a ceasefire was rejected by Hamas while Israel accepted it, and US Secretary of State John Kerry who was expected to arrive in Cairo, cancelled his visit, with his spokesperson stating that he never planned it.

The Egyptian move reflects an unseen war that is hidden in between the lines of this unfolding conflict. By talking to the Palestinian Islamic Jihad and including none of the conditions Hamas’s asked, Egypt made sure Hamas would never accept the ceasefire. For there is one thing that Hamas always seeks in any conflict,it is to be considered as the only credible representative of the Palestinian people, which they are actually less and less. Egypt on its side, sees Hamas as a regional threat, responsible for the security situation in the Sinai Peninsula as it created a complex smuggling network, and exported its radical doctrine, making the once quiet border with Israel a ticking time bomb. Beyond the mere fact that Hamas is officially the Gazan branch of the Muslim Brotherhood which is Egyptian President Abdel Fattah al-Sisi’s deadliest enemy, Hamas is, in Egypt’s assessment, the key to quelling the Islamist insurgency in Sinai.

Egyptian troops, tanks and helicopters have been deployed in Sinai, in coordination with Israel and despite it being specifically forbidden by the Camp David peace treaty. Yet there is one place Egyptian troops will never go and which will as a result remain a safe haven for the Sinai militants: The Gaza Strip. Because its public opinion would never understand it, an Egyptian operation in Gaza is unthinkable. Yet Egypt has done more to destroy Hamas, than any other country, including Israel. Since the ouster of the Muslim Brotherhood-backed President Morsi, it has systematically destroyed smuggling tunnels used by Hamas to collect taxes and smuggle weapon. In Rafah, it has destroyed houses to create a de-facto buffer zone at the border with the Gaza Strip. Two rockets attacks against Egyptian targets in Northern Sinai and near the border with the Gaza strip in the last days, further show the Sinai militants’ understanding that Egypt is out to topple Hamas.

In any deal that would be brokered by Egypt between Hamas and Israel, Egypt would have to make as many concessions -if not more- than Israel would. For Hamas negotiating via Egypt necessarily means negotiating with Egypt. In fact, it is President al-Sisi who shut the door to Hamas smugglers and contributed to isolate it on the international scene. It is Rafah, the land crossing between Egypt and the Gaza Strip, which is closed, not Kerem Shalom, the Israeli one. And while in Israel the cabinet has been and may still be debating the possibility of a limited or extended ground operation, Egypt has made its mind from the beginning: Israel must launch a ground operation in Gaza.

For al-Sisi, there are overall, very few risks in fueling the ongoing tensions and it can only win from an Israeli ground operation, or from a rather unexpected ceasefire. Should the negotiations completely collapse -which seems to be the direction they are taking- Israel will be forced into a ground operation in Gaza which may clea” the region from fringe jihadist groups and will further weaken Hamas military capacities. Of course casualties will be sustained by both sides, civilian populations will be on the front line, but Egypt would not be responsible for these casualties. On the other hand, should Hamas eventually accept Egypt’s proposal, al-Sisi will be seen as a diplomatic champion bringing a -rather fragile- halt to a non-ending problem.

About the Author
Michael Horowitz is an intelligence analyst specializing in North Africa for Max-Security Solutions, a geopolitical risk consulting firm based in Israel.
Related Topics
Related Posts
Comments