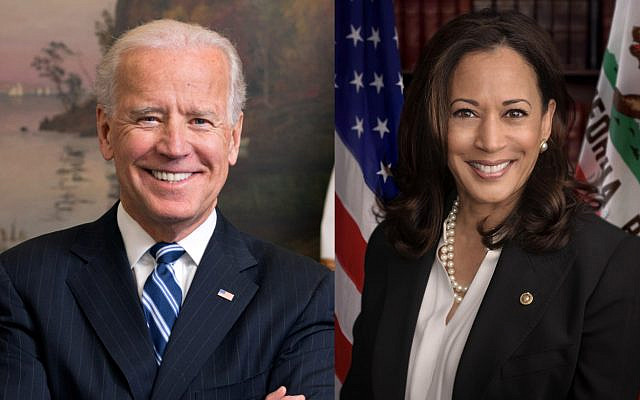 Regardless of whether you are American or not, the 2020 US election is likely to be the most important election in your lifetime. The United States of America still has huge influence on the world; both its actions and lack of actions can have enormous repercussions across the globe.

In the last four years, the US and the world have been without a leader. Instead, we have had a man whose “ego is a fragile thing that must be bolstered every moment because he knows deep down that he is nothing of what he claims to be” (Mary L. Trump, PhD in Advanced Psychological Studies, “Too Much and Never Enough: How My Family Created the World’s Most Dangerous Man,” Simon & Schuster, 2020).

The evidence of President Donald Trump’s corruption and incompetence is so overwhelming, and the qualifications of Trump’s opponent Joe Biden and his running mate Kamala Harris are so obvious, that one’s position on this election is less an indication of one’s political leanings than it is an indication of one’s character. If you happen to know where one stands on the US election, it means that you know a lot about that person’s character, and you should be able to place them into one of the following eight personality types.

Out of the three main groups on the political spectrum (progressives, centrists, and conservatives), only the centrists are naturally drawn to the Biden/Harris ticket. They support progressive values but expect changes to be planned and implemented carefully. These people are cautious but caring.

Progressives typically do not believe that Joe Biden and Kamala Harris are progressive enough, but among those progressives, there are three groups.

The first progressive group is composed of people who refuse to support either Trump or Biden. Their priority is not the well-being of America or the world. Their priority is self-satisfaction in knowing that they remained pure and uncompromising. These people are self-centered and more concerned about looking good than being good.

The second progressive group is those who support Trump over Biden, not because they support Trump’s policies, but because they hope that pushing the US further towards the brink will make the need for progressive policies clearer in the future. Their gamble could in theory pay off in the end, or it could damage America and the world beyond repair, but it is sure to first create many more victims of Trump’s incompetence. These people are dangerous fanatics and their caring towards others is more abstract than real.

The third progressive group, which includes Bernie Sanders and Elizabeth Warren, understands that the perfect is sometimes the enemy of the good, and that allowing Trump to be re-elected would be hugely counter-productive since it would make progressive goals even harder to achieve in the future. As Sanders put it, “The future of our democracy is at stake. The future of our economy is at stake. The future of our planet is at stake. We must come together, defeat Donald Trump and elect Joe Biden and Kamala Harris as our next president and vice president. My friends, the price of failure is just too great to imagine.” These people are caring, and they are willing to take risks to achieve their goals, but they are also realistic.

The conservatives fall into five groups.

The first conservative group is composed of the traditional Republican supporters who always support Republicans, no matter who they are or what they have done. These individuals have not paid enough attention to US politics in the last few decades to see that Donald Trump has almost nothing in common with a traditional Republican politician such as George W. Bush. These people are blindly driven by tradition and not moved by facts.

The second conservative group supports Trump because they have narrow policy objectives in mind, such as limiting abortions or reducing the number of immigrants, and they see Trump as the necessary vehicle to achieve them, no matter the consequences on America and the world. They essentially have the same frame of mind as the progressives who would vote for Trump: the end justifies the means, no matter how many corpses must line the road to get there. These people are zealots.

The third conservative group is composed of the true believers in the Trump creed. They are essentially members of a cult. They cherish the ground that Trump walks on. They cheer everything that he says or does, just as much as they jeer what they see as the enemies, typically liberals and immigrants. They cannot see that Trump is simply a con man who uses them for the only objective that he cares about: constantly inflating his own ego. These people are the ones most likely to believe that the earth is flat and to oppose all vaccinations. These people are essentially delusional.

The fourth conservative group is composed of those who support Trump not because they think that he is a competent politician, but for the opposite reason. They are those that the modern economy has left behind. They are suspicious of the “establishment,” and they see Trump as not part of that establishment but as one of them. The more he fumbles his words and the more he shows his poor knowledge of everything, the more they identify with him. They may even know that Trump’s incompetence is dangerous, but they do not care. Their support for Trump is visceral, not rational. They support him because he makes them feel that they are screwing the establishment. These people have deep resentment issues.

The fifth and final conservative group is the one that is making the exceptional decision to support the Democratic ticket because they believe that it is time “to take off our partisan hats and put our nation first for ourselves and, of course, for our children” (John Kasich, a lifelong Republican who sought the Republican nomination for President in 2000 and 2016). These people have strong values that are above petty partisanship and crass personal interests, and they have the courage to stand for those values even if it puts them at odds with most of their peers. These people are genuine, analytical, and self-reliant.

During his speech at the senate impeachment vote on Donald Trump, Republican Senator Mitt Romney said, “This verdict is ours to render. The people will judge us for how well and faithfully we fulfilled our duty.” Unfortunately, Romney was the only Republican senator who dared find Trump guilty, so now the responsibility is in the hands of the American voters. Hopefully there will be many more moderate, activist, and ethical voters than there will be of the rest.