Israel’s tourist hub, the southern city of Eilat, is not Vegas. What goes on there doesn’t stay there. The revelation that a 16-year-old girl on vacation was repeatedly raped, at the very least violated, in a five star hotel room by a number adolescents and men who patiently waited their turn in the corridor outside the room, rocked the country on Thursday. The outrage was almost deafening. Even the Prime Minister released a statement, calling it “a crime against humanity itself, worthy of all condemnation”. He almost sounded sincere.

Don’t act shocked. This is not the first instance of such depraved behavior by our Israeli youth.

As far back as 1988 when eleven teenage boys on kibbutz Shomrat raped a 14-year-old girl, Israel has seen its share of promiscuous youth taking advantage on vulnerable young women. However, when three horrific cases come to light in the space of fourteen months (the gang rape of an 11-year-old girl in a northern city of Israel in April 2019 by eight teenagers, the alleged gang rape committed by  twelve Israeli adolescents in Ayia Nappa in July 2019, Cyprus, and now Eilat), we must conclude that gang rape – or assuming the improbability of consent – gang sex, is no longer an isolated incident, but it has become a phenomenon which points to a gaping deficiency in the way we educate our youth about sexual relations and relationships. It has become acculturated.

Should we be that surprised?

When the State President and former Cabinet minister abuses his power to harass women working under him including rape and is not forced to resign, because “innocent until proven guilty”, the subliminal message seeps through to the consciousness of every man in society: brazen it out.

When a senior police officer uses his position to solicit sex with female officers under his command with promises and threats, is not removed forthwith from the service, and is even considered for promotion, the message seeps through that sexual harassment isn’t that serious a thing.

When the same Prime Minister’s own son is exposed on tape brothel crawling and offering his girlfriend up to have sex with his friend for 300 NIS without her consent so that he can pay for a lap dance – and the Prime Minister not only doesn’t publicly rebuke his behavior but defends him and goes after the whistleblower for “invasion of privacy”, thereby ruining his career (and is supported by his Cabinet Minister yes-men – some of whom are women- in doing so), the message sinks in: sexual predation is “private” and you shouldn’t get involved, it’s not worth the trouble it will cause you.

When twelve teenage boys are arrested and charged with gang rape – or not rape, – but together using one woman to as a receptacle for their sexual lust “because she’s a sharmuta (a slut)”, and they get away with it and return home to a heroes’ welcome by their parents, who feel no shame for what their sons did – with balloons and celebration in public, instead of being quietly sequestered out through a side entrance in shame, the message sinks in: women are objects, to be used as a human semen urinal, and what they want or don’t want is irrelevant – and it’s OK to think that. 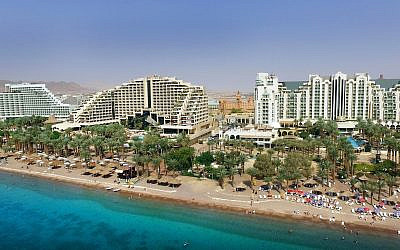 In our society, it seems that the crime is not what they did, but that they were caught, or exposed. And that paints a picture of deep-rooted decadence.

So why now the surprise and the shock?

And now I will tell you what it’s about and not about:

This is our failure as a society in raising our youth. But more than anything it is the failure of our leadership and the example they have set, in excusing and dismissing as inconsequential such behavior among them and their colleagues.

Just like Jeffrey Epstein wasn’t an aberration, but a manifestation of something fundamentally decadent which was allowed to thrive by a conspiracy of silence among those who knew, so is this.