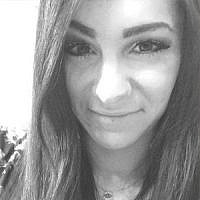 The Blogs
Aliza Green
Apply for a Blog
Advertisement
Please note that the posts on The Blogs are contributed by third parties. The opinions, facts and any media content in them are presented solely by the authors, and neither The Times of Israel nor its partners assume any responsibility for them. Please contact us in case of abuse. In case of abuse,
Report this post.

Whether in Washington D.C. lobbying for U.S. support of Israel, or on the college campus trying to engage students and staff, Pro-Israel groups have posed the following question: What would you do in 15 seconds? This is an advocacy hook I used many times on my own college campus over the last few years. At first, this question seems extremely odd, and often catches people off guard. Who would even think about something like that? Nevertheless, we try to ask people to not only realize how short this time frame truly is, but then to try and identify with people who have that amount of time to run for shelter in the event of a rocket attack.

It is horrifying to think that there are cities in Israel where civilians are consistently targeted by missile and mortar attacks by terrorists in Gaza, less than a kilometer away. A few years ago I traveled with an Israel advocacy group to Sderot. With Hamas at its back door, the civilians of this city are traumatized by the constant “tzeva adom,” or warning siren, that sounds before rockets fall. The man who took our group around Sderot, wanted to help us understand what it was like to run to a bomb shelter in the event of such an attack. One would think that it would not be difficult to run to the shelter in 15 short seconds before our imaginary explosion. However, we were proven wrong. Even without the pandemonium and crowds of people, we could only make it to the shelter in 20 seconds; we weren’t even that far away.

Our day ended with a view that shocked many: Gaza. At the lookout spot, we discussed Israel’s current situation and what was like to be so close to Gaza and Hamas. Seeing a place that we have read so much about and have even grown to fear was surreal. While getting ourselves seated, our speaker told us to move to the ground because he did not want us to sit with our backs toward Gaza. “Don’t be a target,” he said. It got me thinking: If this was our reality for only a few short hours, I can’t even imagine what it must feel like to have my back to Gaza every single day.

Fortunately this was not a reality I dealt with since then, at least until recently. After Eyal, Gilad and Naftali were found dead, and after the murder of Mohammed Abu Khdeir, many of us realized it was the straw that was going to break the camel’s back. Sure enough, riots broke out all over the West Bank and the rocket fire escalated at an alarming rate in the south. Perhaps I was trying to remain optimistic, or maybe I was simply naïve, but at first I thought things would calm down within a few days. That thought quickly vanished as I continued to follow the news. It was extremely apparent that the tension was growing, along with the range of rocket fire. I attempted to mentally prepare myself for the very real possibility of Israel entering into another military operation with Gaza, but nothing truly prepares you for such things.

Before I knew it, I was receiving texts from friends whose army units were being moved down to Gaza, and many others who were called up for reserve duty. Not long after Operation Protective Edge began. With every notification of a rocket attack that I received on my phone, my heart sank a little deeper.

Being in Tel Aviv, it almost feels like a separate universe is under attack. Without social media and texting I wouldn’t have had a clue what was happening an hour and a half away. As my friend often says, we live in a Tel Aviv bubble. Here in the center of the country, with the protection of Iron Dome, we take the normalcy of our undisturbed lives for granted. Even though we know it’s possible, no one really expects to hear sirens here, or hear rockets being intercepted by Iron Dome. That all changed three days ago.

My friends and I were on the beach in Herzliya as the notifications came one after the next. Rockets were being fired at an alarming rate, and the beach in Rishon LeTziyyon was cleared of its workers and sunbathers for security reasons. Shortly after arriving at a friend’s place in Ra’anana. I was supposed to get ready for a date. I was really looking forward to a great night out, until I received a text that he was called up for reserve duty and was now in the south. Before having enough time to process, notifications popped up on my phone that there was a code red siren in Tel Aviv, and in Herzliya. As grateful as I was that I seemed to be successfully dodging these attacks, I still began to panic.

One would think that rocket fire and sirens would be enough to keep someone in the place where it’s quiet. However, after a quick phone call to my parents in the States assuring them I was ok, I decided I had to go back to Tel Aviv. In my twisted logic, I thought being back in the apartment with all of my belongings, would comfort me. It was the place where I felt most settled. Not long after my arrival our sirens failed to go off, but we all heard a boom. Another rocket had been intercepted by Iron Dome nearby.

Nothing takes your mind off of things better than food. So after a delicious Mexican dinner, we went to sleep hoping things would be quieter the following day. Unfortunately it wasn’t meant to be. Waking up from a stomach ache, I tried to force myself back to sleep, but failed. My friend woke up a minute later and expressed how happy she was that we weren’t woken up by sirens at night. Not a second after she finished her sentence, we heard the shrill of a siren. We walked down the stairs and sat on the floor in the stairwell waiting for the end, and to hear the boom of the missile. Thankfully the two that were fired, were once again intercepted by Iron Dome. We made our phone calls to check on everyone, and then snapped back into a calm state of mind by laughing it off with some dark Israeli humor. I don’t know how affective this was in the beginning though, because we were slightly shaken with every sound that even remotely resembled the beginnings of the siren. We returned to our normal day to day activities, though I’d be lying if I said we didn’t proceed with caution.

Later that day, we went to a wedding in Rishon LeTziyon. How wonderful it was to see to people so in love, and so happy in the middle of all of this chaos. Before the wedding began we heard a boom in the distance, more rocket fire. Throughout the entire ceremony we practically held our breath and prayed silently that another would not fall and disrupt the wedding. There truly was no holier moment than watching two of my best friends become one with a beautiful sunset in the background. When a Jewish person celebrates a happy occasion, it becomes a celebration for all Jews. In this case it was almost as if G-d blessed us with quiet skies, so we could truly rejoice and refresh our spirits after the last few weeks. We sang and danced the night away, and for a short while, all of our fears disappeared.

Unfortunately, the quiet was short lived. After spending the night tossing and turning I was awoken at 8AM by my friend. “Get up,” she said, “It’s a siren.” Once again we walked downstairs and sat in the stairwell waiting for the shrilling to stop. We heard four booms, one of which caused the ground to shake, and the air to smell like smoke. Unlike my reaction yesterday, this time I cried. My whole body shook and for twenty minutes after the siren stopped I felt like vomiting. My stomach hurt and I couldn’t shake the feeling of what had just happened. The missiles were so much closer than yesterday, and that was in a word, horrifying.

After following our routine of making our phone calls we made plans for the rest of the day. A second siren sounded at 11:30AM. This time at the bottom of the stairwell was a man who came into the building from outside seeking shelter. He looked at us and in Hebrew sarcastically said, “Eize kef, ah?” Meaning, such fun, right? We heard two more booms before the ringing stopped, though this time the rockets were not intercepted. Thankfully no one was hurt.

I will never understand how people can wake up in the morning and freely make the choice of terrorizing millions of people multiple times a day. So many people are suffering in complete and utter innocence. However, while some of my friends are living in their bomb shelters, we are fortunate in Tel Aviv to return to our coffee, or job after a siren. Even in the middle of all of this chaos, I love living in Israel. The weather is perfect, the scenery is breathtaking, the men are hot, and the food is fresh and delicious. So yeah, life is actually pretty normal. Except when we get disrupted.

About the Author
Aliza Green is 23 years old, and was born and raised in Philadelphia, Pennsylvania. After graduating college with a degree in Middle Eastern Studies in 2013, she made Aliyah in 2014. With the help of Tzofim Garin Tzabar, she will be enlisting in the IDF later this year.
Related Topics
Related Posts
Comments