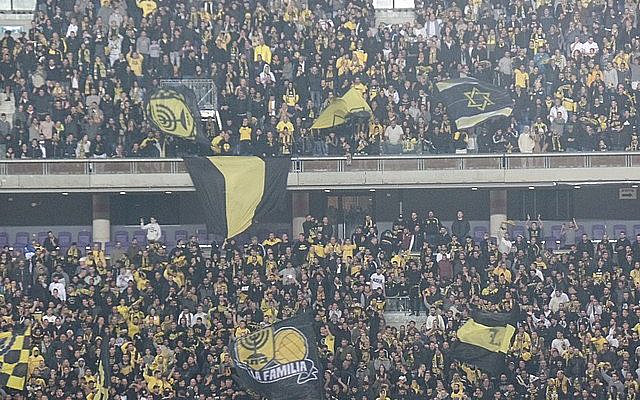 I am not nonplussed by the Barcelona soccer team’s refusal to compete with Beitar Jerusalem, within the capital city of Jerusalem. But I am disgusted by the Associated Press’ report on the story, written by stringer, Ilan ben Zion. In the second paragraph of his report entitled, “Israeli club calls-off match with Barcelona over Jerusalem,” he gives an embarrassing and parochially cursory history of the conflict of Jerusalem or al-Quds: “Israel captured east Jerusalem in the 1967 war, annexed it in a move not recognized internationally, and considers the entire city its capital,” he writes. “The Palestinians seek east Jerusalem as the capital of their future state…” This so-called objective reporter is only telling one side of the story. He doesn’t say that the Arabs attacked first in 1967; or that their wish and objective was to push the Jews into the Mediterranean. Nor does Ilan Ben Zion, apparently a Jew, mention that this so-called “annexation” led to the emancipation of the Western Wall compound. It would be akin to building a Jewish apartment complex between the Dome of the Rock and the al-Aqsa Mosque, or a more extreme hypothetical: Saudi Arabia; and on Friday, when everyone comes to pray, accusing the Muslims of being colonizers. 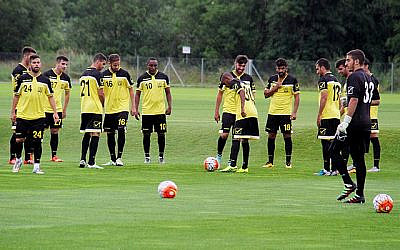 Further on in the article, Ben Zion writes: “Beitar Jerusalem is the only major Israeli soccer club to have never signed an Arab player,” which may be true, but then he writes, “…and its hard-core fans have a history of racist chants.” He completely ignores that the Spanish colonial fans of South America chant, “Kill Jews to make soap!” in their stadiums.

In Medieval Spain, particularly the Moorish invasion, science and the arts thrived and flourished. The early Mohametans of Spain were brilliant, and they left their imprint forever on the rich culture and heritage of Spain. But the Muslims of Spain, today, (and not to generalize about Muslims or cast aspersions), are a different brand. But I’ll get into that.

The Associated Press reported, “Earlier this month the Palestinian Football Association sent a letter of protest to Barcelona over the planned game in Jerusalem.” This is what influenced Barcelona’s boycott. But like I say, we’re dealing with a different kind of Islam. Recall the events of August 17, 2017, when 22-year-old Younes Abouyaaqoub drove a van into pedestrians on La Rambla in Barcelona, Catalonia. 15 were killed and something like 130 injured! And they’re supposed to be the marginalized ones? Later that night—after the blood was mopped up on La Rambla—five more terrorists repeated the act in nearby Cambrils. One woman was killed, and multiple were wounded.

Spain is a country that is at political schism with itself now, (Catalonia’s longtime bid, or struggle to secede), and has been since the spread of Communism. What’s more, it’s not gob-smacking that Barcelona would boycott Jerusalem in soccer, the Spanish have marginalized Jews for millennia. That they all of the sudden see themselves as freedom fighters for al-Quds–for a people who actually do have a state (with a police force, military, UN representation and a soccer team!), with Ramallah as the capital, and more embarrassingly, bastions of justice and human-rights, is a joke.

About the Author
Scott Shlomo Krane has been blogging for TOI since February 2012. His writing has also appeared in The Atlantic, Tablet, Ha'aretz, The Jerusalem Post, the Daily Caller, JazzTimes and AllAboutJazz.com. Scott was a columnist and breaking news editor for Arutz Sheva-Israel National News (2011-2013). In addition to holding a degree in Judaic Studies and a Master's in English from Bar-Ilan University (for which he wrote his thesis on the poetry of American master, John Ashbery), he has learned Judaism at Hadar Ha'Torah Rabbinical Seminary in Brooklyn.
Related Topics
Related Posts
Comments
Advertisement