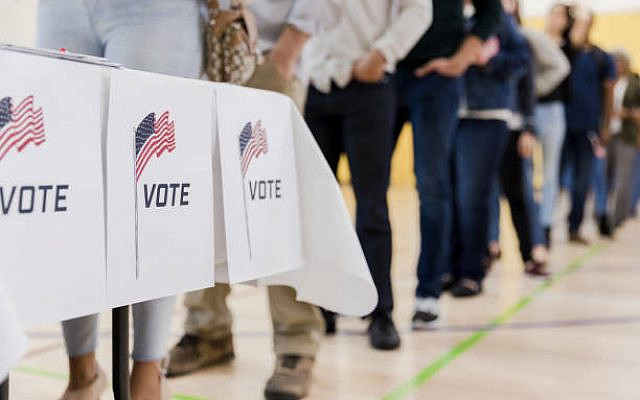 While the 2022 elections may still seem quite a distance away, some of the strongest supporters of the U.S.-Israel relationship are already facing tough primary battles that will be determined far before next November. That’s why Pro-Israel America is already ramping up our important work of supporting and electing pro-Israel members into Congress by announcing 54 congressional endorsements for 2022 — 29 Democrats and 25 Republicans — with many more to come.  Each endorsed candidate understands that a strong alliance between our two countries is a force for good in the world.

Right now, we have our eyes especially set on seven specific races across the country, where proven pro-Israel supporters either currently face primary challenges or will face competitive general elections next year.

On the Democratic side of the aisle, we are focused on incumbent members like Jim Cooper (D-TN), Henry Cuellar (D-TX), and Carolyn Maloney (D-NY). All three are staunch supporters of a strong U.S.-Israel relationship and face anti-Israel primary challengers backed by Justice Democrats, a group that has described Israel as a “human rights violator,” supported the most vocal anti-Israel candidates in Congress, and directly attacked Pro-Israel America’s work to support the U.S.-Israel relationship. Representative Cooper — who faced a primary challenger in 2020 that pulled in an impressive 40 percent of the Democratic primary votes — now faces Odessa Kelly, who advocates for conditioning security aid to Israel. Representative Cuellar faces a primary rematch with Justice Democrats-backed challenger Jessica Cisneros in Texas’s 28th congressional district, who he narrowly beat last year by four percentage points. Of the three, however, Congresswoman Maloney faced the toughest primary challenge in 2020, defeating her Democratic opponent by fewer than 4,000 votes. She’s already facing a Justice Democrats-backed primary challenger, Rana Abdelhamid, who has positioned herself as a critic of the Jewish state and is a member of the Democratic Socialists of America, which vocally advocates for the Boycott, Sanctions and Divestment (BDS) movement that seeks to isolate and weaken Israel globally.

We are also keeping close tabs on Representative Elaine Luria (D-VA), who represents Virginia’s swing 2nd congressional district and has emerged as one of the strongest pro-Israel champions in Congress. Since her first term in the House, Luria made supporting the U.S.-Israel relationship a priority and worked across the aisle to advance pro-Israel legislation such as those that thwart adversaries like Hezbollah and expand medical and research collaboration between the U.S. and Israel. Her pro-Israel voice is critical both in Congress and the Democratic Party.  While Luria captured nearly 52 percent of her district’s vote in November 2020, her 2022 re-election is certainly no guarantee in this swing district that she first flipped blue in 2018.

On the Republican side of the aisle, we are focused both on freshmen members like Young Kim (R-CA) and incumbents like Don Bacon (R-NE), John Katko (R-NY) and Michael McCaul (R-TX). Congresswoman Kim, who proudly stood with Israel during the rocket attacks fired by Hamas in May and unseated Democratic incumbent Gil Cisneros by only 4,000 votes, will likely face a close race in this toss-up district next year. Representative Michael McCaul, the top Republican on the House Foreign Affairs Committee who has helped pass bipartisan legislation in support of Israel’s security, also faced a tight general election in both 2018 and 2022. He beat his Democratic opponent by less than 5 percentage points in 2018 and then by less than 8 percentage points in 2020. Congressman Bacon, who cosponsored the U.S.-Israel Cooperative Enhancement & Regional Security Act and the anti-BDS resolution in the 116th Congress, had a highly competitive re-election in 2020, and will likely have another competitive race on his hands in 2022, in this swing district that went for President Biden last year. In 2020 Bacon defeated challenger Kara Eastman by a 5-point margin, who accepted endorsements and support from Justice Democrats, a group that backs some of the most anti-Israel members of Congress. Congressman Katko, a pro-Israel Republican who represents New York’s 24th congressional district, faced challenger Dana Balter in 2020, who strongly opposed legislating against the BDS movement and had come within 5 percentage points of defeating Katko in 2018. While the Congressman ultimately won his race by nearly 10 percentage points in 2020 with the support of pro-Israel organizations like ours, he will likely face another competitive race in 2022.

The good news is that even in this polarized political climate, supporting the U.S.-Israel relationship remains one of the core areas of consensus between Democrats and Republicans. We cannot, however, take this support for granted, particularly when a small but vocal group in Congress continues to leverage every opportunity possible to vilify, demonize, and delegitimize Israel. And while their numbers are still small, we can see that this “Blame Israel Caucus” in Congress has its eyes on recruiting new members through the many anti-Israel candidates they are recruiting and supporting in competitive special elections and 2022 primaries.

Pro-Israel America’s 170,000+ strong community of grassroots supporters know that continued bipartisan support for Israel in Congress is the best way we can fight back against all those who seek to undermine the US-Israel relationship and we’re looking forward to doing our part to ensuring that the 118th Congress the most pro-Israel Congress ever.

About the Author
Jeff Mendelsohn is the founding Executive Director of Pro-Israel America. Jeff brings years of legislative, political and organizational experience, having served as chief of staff for two Texas members of Congress for a dozen years. During his ten-plus years at AIPAC, Jeff launched and managed the AIPAC Outreach Program which successfully engaged non-Jewish constituencies, including Hispanics, African Americans, progressives, veterans and evangelical Christians in pro-Israel activism.
Related Topics
Related Posts
Comments
Advertisement