Having spent half of my life as an Israeli, almost two decades, there are only a handful of things here that still manage to completely take me by surprise and, for lack of a better word, make me curl up into a fetal position and cry for days, errr, I mean shock me.

I’ve gotten used to many of the things that other expats have trouble with. I speak, read and write the language fluently. I served in the IDF and I married an Israeli woman. If it weren’t for my extremely non-Israeli name (Jason, nu, from the bible… eh, just call me Hazon), I can almost completely fool Israelis into thinking that I am one of them. Basically, what that means is that I’m nobody’s frier anymore. I’m in on the scam. I can now do what most Israelis do so well, find other friers. (In this country, the only thing worse than being a frier is being an ISIS fighter or a United Joint List voter, though not by much.)

I am still a bit baffled and bewildered by the insanely aggressive driving, especially when driving through Jaffa on a Friday night, but no longer surprised when kids jump out into the street, drivers honk for not going through a yellow-red light or when a 1993 Honda Civic with tinted windows zooms past me on a blind curve.

I’ve come to terms with the banking system, the perpetual overdraft, the splitting of credit card payments at the supermarket, the 12 installments on a new air conditioner (air conditioner, humph! When I was growing up in Holon in the 1980’s we had ceiling fans!)

I’m even OK with old Iraqi ladies with a mustache pushing ahead of me in line (and then making a face while pushing past me) at the doctor’s office, the post office and, of course, the pharmacy. I’m fine with it. They don’t have much time left and what little they have left shouldn’t be spent on waiting for me to buy some Advil (hey, we didn’t have Advil when I was growing up here! We had Acamol vezehu!)

I could go on for hours but in fact I’ve become so cynical, so Israeli, so tsabar, that none of it surprises me anymore. Nothing. War? Meh. You just met me ten minutes ago and you want me to come to your wedding? Meh. No kindergarten, no public transportation and no beer for two weeks? Meh.

But one thing never, ever, ever ceases to shock me is the electric bill. That’s right. The bi-monthly sodomy of every man, woman and small business by the Israel Electric Company, the IEC. Why does the electric bill send me into a cold sweat? Why do I spend weeks dreading in anticipation of that big glossy envelope that somehow finds its way to my mailbox?

Reason Number 1: It’s ridiculously expensive, year-round. During the summer months it has been known to reach as high as 2,500 NIS if you have any kind of central air conditioning. But, if you’re like me (i.e. nobody’s frier) you install units in every room and make sure to keep them on (sparingly) at 25 degrees Celsius. You make sure to keep the lights off. You clean the solar panels of your hot water heater. You go out a lot to places that have air conditioners (like the dreaded mall). And still, despite your best efforts, you still get smacked in the face with a 1600 NIS bill, which, alternately, could feed a family of 3 for an entire month.

Reason Number 2: You have something ridiculous like 5 days to pay the bill. I received mine on April 8 and I have until April 14 to pay the bill. The grey market loan sharks give you a week! And if you don’t pay on time there are late fees. And you can only split the payment on credit, which means the card company adds on fees and you spend the entire year making electric payments.

Reason Number 3: IEC workers get free electricity. And they get paid really well and have lavish banquets of caviar and human liver in their huge ivory mansions. Well, maybe not the last part but an acquaintance of mine worked at the IEC in Tel Aviv and when she detailed some of the benefits the employees were entitled to I immediately started crying, but then, of course, asked her to give them my CV. Granted, the senior exec my acquaintance worked for was eventually brought up on corruption charges but that shouldn’t stop the IEC from not being friers in the future.

Reason Number 4: The electric company, despite gauging the consumer, still can’t seem to turn a profit. This according to a recent Globes article which states that an “accounting exercise” (hey, IEC is nobody’s frier) led to a total profit of 1.3 billion in 2014 despite the company’s “worse than ever” situation caused by big companies leaving the IEC in favor of purchasing electricity from private providers (big business is nobody’s frier either). So, I guess that leaves us, the overpaying consumer, as the only friers.

Reason Number 5: Teka and Sheka (Hebrew for Plug and outlet), the ambiguously gay duo that serves as the IEC’s marketing puppets (literally). They are two closeted puppets who live together and share electricity together (and have even adopted a baby together) and are modeled (I would assume) after the legendary Bert and Ernie characters from Sesame Street. I would wager that the use of these two is not due to the IEC’s forward thinking, progressive desire to portray a modern gay couple as their spokespeople, but rather as a cynical way to make them look like they care, when in fact, they don’t give any fucks about gay, straight or transsexual men. Otherwise they wouldn’t have bothered keeping the puppets in the closet and showed two openly gay puppets living together with their adopted (and starving) baby and trying to save up money to pay their fucking electric bill.

Every month my mother in law takes the bill from the mailbox and holds it close like an academy award presenter with the envelope for Best Picture.

“Drum roll, please!” She says as she opens it. My wife hands me a stiff drink.

And whatever the amount, they both know I’ll be crying in the corner thinking about all the wonderful things I could have had if I weren’t such a frier. 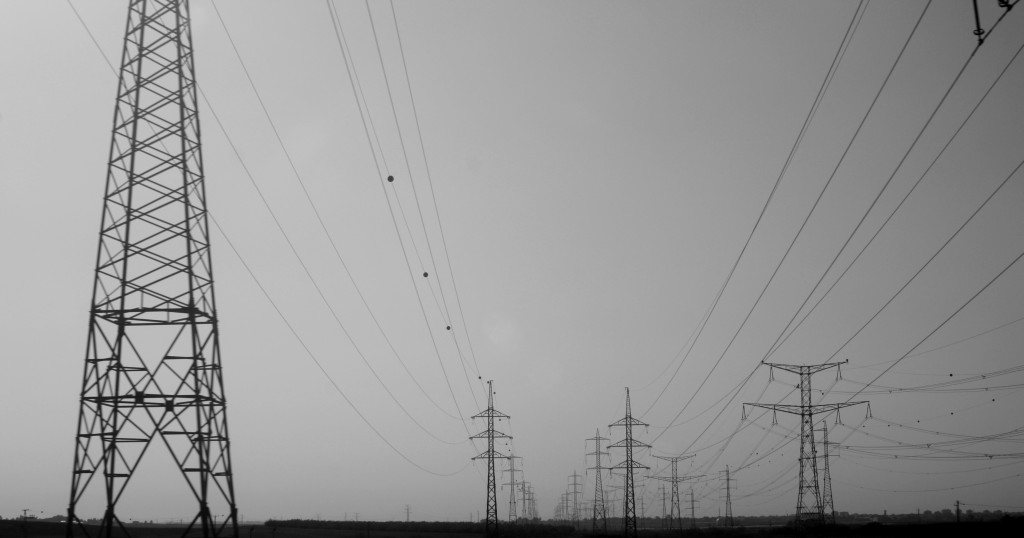