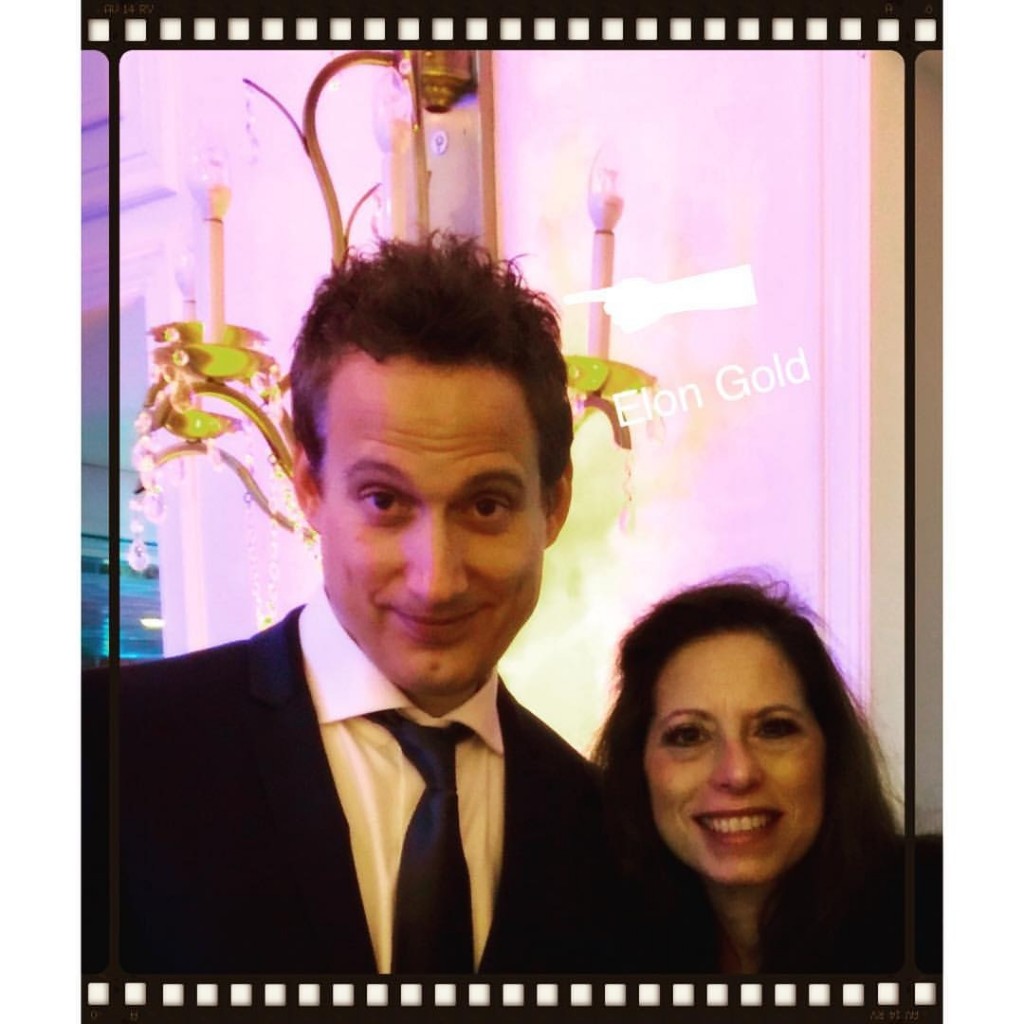 Gold’s Jewish act (he has “secular one” for non-Jewish audiences and the Jewish one for “my people”) is very special to him because it allows him to connect with audiences on a much deeper level. “I have comedic observations all the time and since so much of my daily life experiences are observing our customs, rituals, holidays,” Gold shared recently. “I think of so many funny things that I feel compelled to share with my fellow Jews,” he added.

Gold is currently preparing for a program during the AIPAC policy conference at the end of March in Washington, DC. “Luckily there are so many shuls and schools and Chabads and fundraisers that are desperate for Jewish entertainment and provide me with a platform to share my Jewish observations,” said Gold.

One recent successful event in New York was Couture for a Cause, which raised money and awareness for the organization Lev Leytzan, a therapeutic clowning organization.

Event creator and founder Michal Weinstein says she immediately thought of Elon since the goal of Lev Leytzan is too make children in hospitals laugh. “Six months ago Lev Leytzan sought my advice on how to bring more awareness to their cause. After learning about them, I felt that a high profile comedy event during the month of Purim would be the ideal way. Since (co-founder) Esther and I always wanted to do an event for men and women, it was the perfect match. We chose Elon Gold because he is a sure fire win. He was our first choice. He is always funny. We are thrilled that the event was such a big success and we hope to continue to put the fun in fundraising for other great causes.”

Gold viewed his participation with Couture for a Cause as a reunion with good friends Michal Weinstien and Esther Silber. The two of them have made this a “can’t miss” annual event— and they know better than most how to feed and entertain a room full of Jews who regularly attend dinners and fundraisers and are looking for a little more glitz, glamor and humor. Couture combines the fun of a Hollywood style party with the mitzvah of and getting together to raise money for a good cause and a dang good time.

Gold finds entertaining at fundraisers unique, putting a different spin to what could be a routine and somewhat challenging situation. “I also like to put the ‘fun’ in fundraiser,” Gold told me. “Too many of these gala dinners get bogged down in boring speeches and people who get baby sitters and get all dressed up, deserve more than the rubber chicken and the video packages about how wonderful the honorees are, they deserve to laugh and enjoy a real comedy show. That’s when I come in and I’m happy to be the go-to Jew for any and all your Jewish events. I’ve also been doing a lot of private parties. Birthdays, anniversaries, I’m like a clown for adult birthday parties. But again, a party with just the usual drinking, eating and dancing is always elevated with entertainment. People leave laughing and recounting all the funny stuff they got to hear, instead of just leaving bloated and drunk!”

He is looking forward to performing at the AIPAC Policy Conference where he’s also taping half of a new stand up comedy special — half of at the Verizon Center in front of 18,000 people, and the other half in Israel. Then he is back in New York, headlining a UN anti-BDS event at the end of March. For Passover, Gold will be heading to Mexico — “Where else can my family to recreate our exodus from Egypt, then a spa?