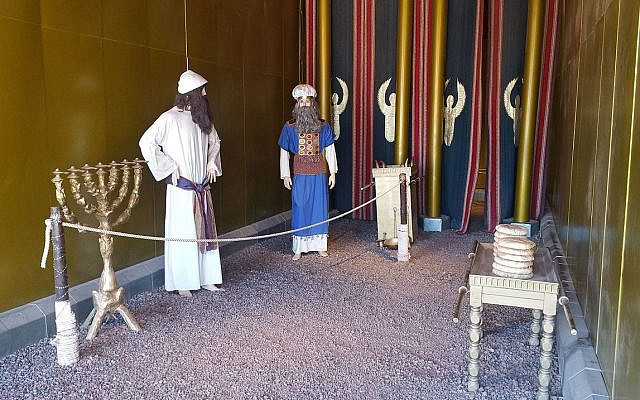 In this week’s Torah portion, we learn about the incense altar, known as the ketoret, which was one of the most intriguing and strange parts of the Temple. The unique nature of the ketoret is apparent from its introduction. While the rest of the vessels and objects that were used in the Temple were described in last week’s parsha, the ketoret is described at the very end of this week’s Torah reading, after the description of the Temple’s vessels all of the priest’s clothing.

We also know that for some reason that lighting the incense on the ketoret, was so important that failure to light it correctly was fatal. This is most apparent in the tragic story of Elazar and Itamar, the two sons of the high priest, Aaron, who brought a foreign fire before God when lighting the ketoret and were instantly killed.

The fear of making a mistake in the production of the ketoret led Rabbi Yehuda to comment in the Talmud (Yoma 53a) that if one of the ingredients was missing, the person responsible for making the ketoret would be liable for the death penalty. This strange statement impacts our current liturgy. The recitation of the ketoret passage is part of the daily prayers of Sefardim and Chassidim. I many communities, reciting these passages is to be a token of good luck. However, in the middle ages a custom began amongst the European, Ashkenazi community to not recite the ketoret passage on a weekday when people are rushing to work. The Rema (O.C. 132:2) explains that if we rush through this passage and don’t pronounce all the words correctly, we too may be liable for the death penalty! That is why to this day, Ashkenazim only recite this passage on Shabbat.

So, what is so significant about the ketoret? Why are the stakes so high and what is the function of the incense altar that we learn about in this week’s parsha? In order to understand this, we need to look at where it stood in the Temple and learn a little bit about what happened when the priests would burn the ketoret incense in the Temple.

People generally think that that ketoret, since it was comprised of good smelling spices, was really an elaborate spice rack. It was an offering that was given before God to provide good smells, a reich nichoach in Hebrew. However, this is not the case. The Torah does in fact describe an offering that describes a pleasing smell to God, however that smell is never associated with the ketoret. Rather, it is always mentioned in conjunction with the giving of animal sacrifices, whose aromas would waft up to the heavens emitting pleasing smells along the way. While the ketoret clearly did have a good smell, I think that this was a pleasant byproduct, but not the main purpose of the ketoret.

This helps explain the role of the ketoret. The incense from the ketoret was used to make a thick cloud of smoke. The smoke of the ketoret was opposite the light from the Menorah, and would blur the vision of the room, turning the chamber from a brightly lit hall, into a room filled with both light and smoke. All of this would happen directly across from the tablets that Moses received at Sinai. 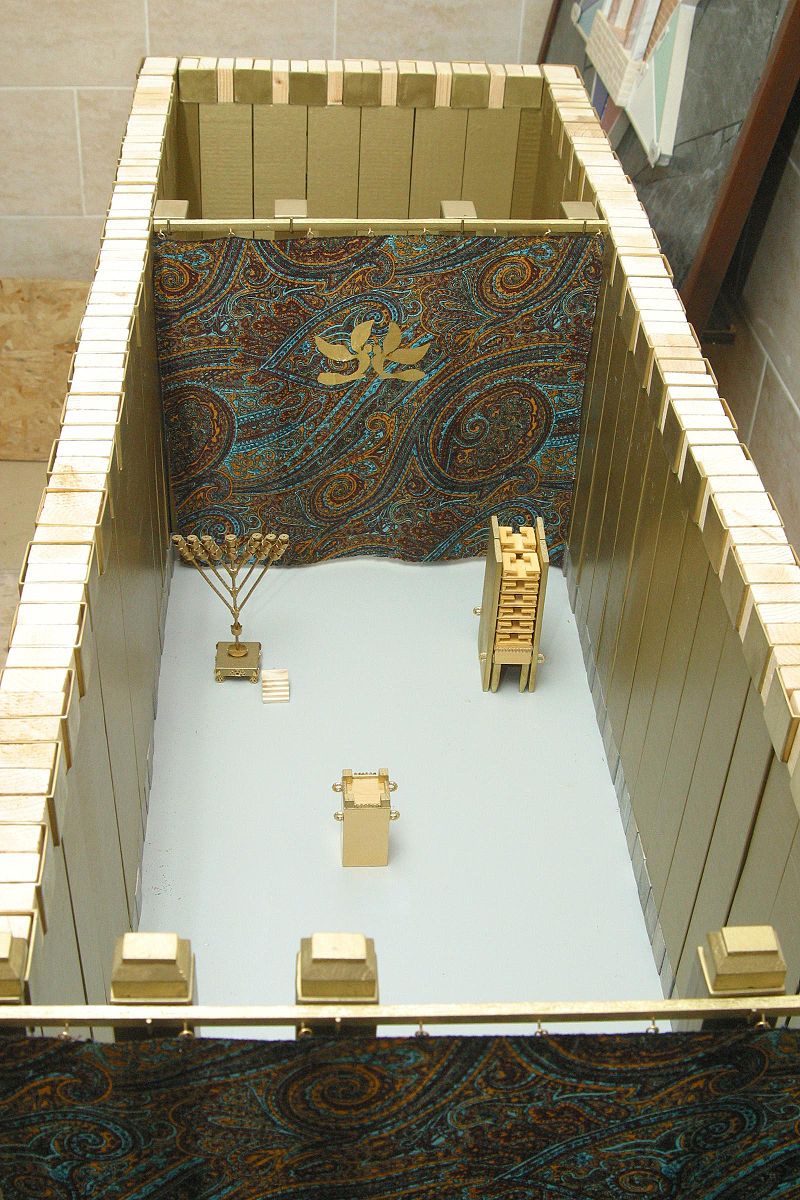 A depiction of the inside of the Temple. The keoret is in the middle, directly opposite where the ark held the ten commandments. (Photo from Wikipedia)

There is an additional strange component of the ketoret offering. A special rake was used in order to stoke the coals that were used in the ketoret called the magreifah (see Mishnah Tamid 2:1). At the time that the ketoret offering was brought, a priest would throw this rake and create a noise that was so loud that “it was impossible for a person in Jerusalem to hear his friend speak” (Mishnah Tamid 5:6). Why was this rake thrown? Why did they need to have such a loud noise at the time of offering the incense sacrifice?

When we put all the pieces of this puzzle together, we are left with a fascinating picture. In the room directly opposite the tablets that were received at Mt. Sinai we have smoke from the incense, light from the Menorah, and an incredibly loud booming sound. This is reminiscent of the very moment of the giving of the Torah at Mt. Sinai. The Torah was given amongst great “thunder, and lightning, and a dense cloud upon the mountain” (Exodus 19:17).

Perhaps, by making a great light, creating a dense cloud and making the sound of thunder, the priests in the Temple were recreating the experience of Sinai every single day. This idea manifests itself in several Rabbinic teachings that explain that just as the Torah was given to the Jewish people at Mt. Sinai, so to is it given again every day. It is a reminder that the Torah, and God’s presence are constantly being refreshed amongst us, and that the opportunity for connection is ever-present.

However, there is one more question that is still important to answer: Why was it so important that the ketoret offering was brought correctly? Why were the stakes so high with this cloud, more so than with the great noise of the magreifah or the light of the Menorah?

I think that the Torah is coming to teach us a critically important lesson. You may think that God is found in the light that accompanies a clear revelation, but that is not the case. The Torah teaches us to that when the Torah was given at Mt. Sinai the people of Israel were terrified of the mountain because it was covered in a cloud. The Torah teaches that “The people remained at a distance, while Moses approached the thick cloud where God was” (Exodus 20:18). God was not revealed to the people of Israel in a great light, rather God was shrouded in a cloud. Only by embracing this cloud was Moses able to go up and be with God.

I think that ultimately, this is the message of the ketoret. God is not found in the light, God is found in the clouds and in the smoke. We live in a world in which it seems like everyone is certain of their political and religious convictions, yet despite our firmly held convictions and beliefs, few if any of us live with much clarity. The ketoret teaches us a humbling lesson that the path to revelation, truth and God does not come about by embracing dogmas and political or religious ideologies. While these things seem to give us more light guidance, they do not provide clarity. Rather, we must learn from Moses who had the courage and humility to enter a thick cloud, because that is where God was. As we leave a week that was filled with political grandstanding and ideology, and enter the week of Purim, when we are reminded of our inability to control the world, we should look to embrace the uncertainty of life as represented by the cloud of the ketoret, because that is where God is.