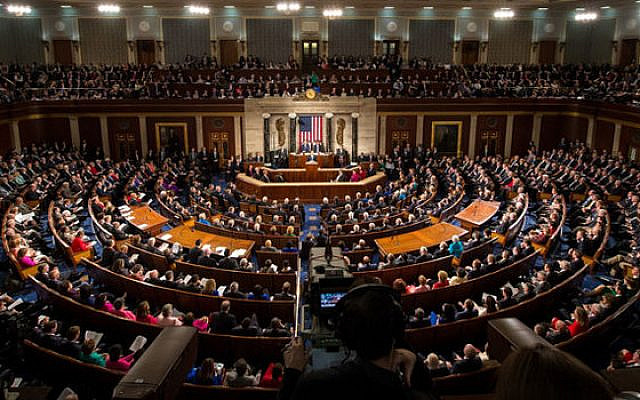 With Election Day right around the corner, polling margins in many of the fiercest battleground states and districts across the country continue to tighten – and many candidates are facing the toughest reelections of their political careers.

In fact, nearly half of the endorsed candidates in Pro-Israel America’s 33 “key races” currently find themselves within 3 to 4 percentage points of their opponent.  Some of the strongest champions of the U.S.-Israel relationship face the toughest races of their political careers.

Recent polls have Senator Daines neck-and-neck with Governor Bullock, 45 percent to 44 percent, in a state where President Trump won by over 20 percentage points in 2016.  Reflective of the polarization in this country and the “blue wave” that many pundits are predicting this cycle, Senator Daines could become one of several incumbent Republican senators in typically Republican-held states to lose their reelection bids to Democratic challengers. Others in very close races include Iowa Senator Joni Ernst, Maine Senator Susan Collins, Colorado Senator Cory Gardner, Georgia Senator David Perdue, North Carolina Senator Thom Tillis, and South Carolina Senator Lindsey Graham.

It’s not all great news for Democrats, though. While Democrats are predicted not only to keep the House this election cycle, but also to gain a number of seats, some freshmen Democrats who won tough seats in 2018 find themselves again polling within the margin of error against their challengers, like New York Representative Max Rose.

Rose has demonstrated strong support for America’s alliance with Israel by opposing BDS, supporting Israel’s right to defend itself and praising the recent normalization deals between Israel and the UAE and Bahrain.  The Pro-Israel America-endorsed congressman is in a dead-heat race, with one poll showing him ahead of his Republican challenger Nicole Malliotakis by only one percentage point, at 47 percent, and down by two percentage points in another poll.

We must make sure bipartisanship remains a pro-Israel value, and we need to stand with those who have stood up for the U.S.-Israel relationship in Congress. We do that by supporting both Republicans and Democrats who have built proven pro-Israel track records as they face some of the tightest congressional races in the country.

That includes long time members of Congress like Senator Susan Collins, who has been a consistent champion of the U.S.-Israel alliance and has, through her leadership on the Senate Appropriations Committee, worked to build closer ties between our countries.  And it includes newer members of Congress like Representative Elaine Luria, who has in just her first term made support for the U.S.-Israel relationship a priority, working across the aisle to advance pro-Israel legislation such as a bill that would rein in Hezbollah and another that would promote greater cooperation between Israel and the U.S. to treat post-traumatic stress disorder.

Advancing and strengthening our strategic alliance with Israel is something members of Congress on both sides of the aisle can and do support. As Israel and its neighbors work to expand diplomatic ties, there has never been a more critical time to affirm bipartisan support for the U.S.-Israel relationship.