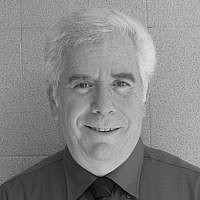 Einstein once said: “A scientific theory should be made as simple as possible, but not simpler.” In a paraphrase on Einstein, I would say that equality is a noble ideal that should be pursued as much as possible, but no further. And the criterion to slowing down our pursuit of “Equality”, sublime and cherished as it rightly is, is when it starts blinding us to reality and when other no less cherished values that we hold dear start to be neglected.

At a single summer morning, as I was watching various channels on television, I realized, once again, the dictatorial power of persuasion of “Equality” and how it has caused us to lose common sense, to distort our view of reality and to ignore other important values.

First, there was a discussion on Fox News of a decision by a governor (I believe it was California) to delete from future state laws and regulations all reference to illegal infiltrators (immigrants) as “aliens”. Of course, this politically-correct decision is on the tail of a long succession of “cleansed” words that used to deliver accurate description of certain categories of people, but in the name of equality had been discarded, thereby preventing us from calling them for what they really are (whether we wish them to be so or not). Thus, a blind person is not really blind but “Sight challenged”; Muslim terrorism in the USA is “Home grown violence” and a disabled person is what? Walk challenged? There is good reason why we call certain categories of people by certain names. These convey to us that which sets these groups of people apart and allow us to deliver unto them custom-made morally-adequate treatment (whether positive or negative). Furthermore, reality-based names allow us to make decisions compatible with reality, which benefit us all. Profiling at airports, allowed in Israel but not in the USA, generates better security, even though it may offend certain categories of people. If a blind man is not really blind but merely “Sight challenged”, we are psychologically relieved of any moral duty to extend him (or her) a helping hand. After all, we are all challenged in life, are we not?

A second example, the same summer morning, was a discussion at a TV studio (Channel 10) regarding a recent supreme-court decision that the detention period of infiltrators (“illegal immigrants”) to this country (Israel) be shortened. The result of this decision was immediate release from custody of hundreds of African illegals into south Tel-Aviv neighborhood, where local residents (Israeli citizens!!) already suffer unbearable conditions of living, including high rate of criminal offenses.

At the studio were a representative of the local population of the southern suburbs of Tel-Aviv and opposite her sat an illegal immigrant. Same scenario as described earlier was unfolding: the anchor of the discussion, obviously with good intentions in mind, had suggested that the two sides should respectfully negotiate with one another. Good advice, if it was not again detached from reality, based on a distorted virtual reality that ignored facts and values, except for the omnipotent dictatorial “Equality.” The truth of the actual reality is that on one side of the table was a woman, whose basic right for security as an Israeli citizen was violated by the supreme-court decision, all in the name of “Equality”; On the other side of the table, an illegal immigrant who had broken the country’s law and instead of being prosecuted and perhaps serving a prison term, was sitting in a respectable Israeli TV studio as “equal”, negotiating and discussing with the local rightful tenant possible justification for the supreme-court decision. “Equality”, once again, caused discarding of basic tenets of fairness and morality and a distorted perception of reality.

A third example of “Equality” reigning supreme is an incident I personally experienced just recently at my home university (Ben-Gurion University of the Negev). A student at an interim examination of a large course (about 120 students), which I delivered last semester (which also happened to be my last), received during the exam a package of formulae pages, with some pages missing due to an error in assembling the exam’s hard copies. Since the first part of the examination consisted of ”forced-choice” questions, when formulae were not needed, I made the decision that the student was not harmed by the half-hour delay (in receiving all pages) and, accordingly, refused his request for a certain concession regarding the exam. In response to my decision, the student launched a complaint process, which he was entitled to, and this process passed through various levels in the university hierarchy until it reached the highest level possible, where a certain concession was granted to the student. Complying with this decision, I raised the student’s final grade by 2% (!!).

I later thought at length about this incident, and of course immediately it dawned on me how incredible this incident was, considering the numerous man-hours spend by various people at various levels of the university on processing the complaint until a decision was made that resulted in adding two points to the student’s grade. It took me a while to realize that again the dictatorial “Equality” played a major role in this incident: Preserving equality between students (the student supposedly had less time to solve questions relative to his friends); Supposed equality between the student and myself, the professor who had delivered the course; and absent equality between me and my colleague, who had decided, against my best judgment, to grant the student a concession (minor as it was).

While equality between students reigned supreme, other “equalities” were distorted or ignored: A virtual equality was formed between me and the student (ignoring my nearly forty years of teaching in academia with hardly any incidents of complaints from students); and the generated inequality between me and the decision-making level of the university (where the final decision was made). Let me emphasize: the student was not harmed by the delay in receiving the missing pages. Yet a remote level at the university, who was not privy to the exam and to the true effect of the delay in providing the missing pages, has decided to change my decision, based on the managerial post that he occupies. In other words, while I was treated as “equal” with the student I was not equal with the person who finally decided against my best judgment. As with numerous past decisions of the supreme-court, where matters of personal judgment, and at times even matters of taste, are treated and presented as fact-based “scientific” decisions, while in reality they merely reflect the power of the capacity filled by the decision-maker, with “Equality” as the over-riding concern, so here other no less important values had been ignored in the process, like my integrity as a tenured full professor with the specified background. In the name of “Political correctness”, equality between students reigned supreme, other values were ignored. (For the record, the colleague who had made the decision is a good friend of mine and continues to be so).

These are only three examples. For those of us, who have not yet completely lost the pragmatism and common sense characteristic to the founders of Israel, I am sure that numerous other instances, some extremely not politically-correct, may be provided. However, they are not since merely voicing them publicly may generate a good deal of personal unhappiness, given the political correctness of the media.

In conclusion, let me state that the concept of “Equality”, though pronounced by a single word, in reality reflects three fundamentally different concepts: The European “Equality”, the American “Equality of Opportunity” and the Jewish “Equality”. The first two have the following sub-text (assuming moral conduct): “You may pursue whatever you heart desire so long as it does not violate someone else’s rights or someone else’s opportunity.” This is not the Jewish “Equality”. It never was. Jewish “Equality” draws from the Jewish faith that we all are created in the image of God. And the associated sub-text is: “We are all created equal, in the image of God; therefore we cannot do all that our heart desires.” Period.

Of late, the Americans have substituted their concept of equality with that of the Europeans. And the Israeli media followed suit, inadvertently risking losing the Jewish character of this country and of some of its rightful owners.

Equality is a sublime value. It should be pursued as much as possible, but no further. Equality is not the only moral value that one needs to adhere to. There are others. “The Law of Return” generates inequality between Israeli citizens, yet it has been pursued to this day because the founding fathers and succeeding Israeli leaders judged that restoration of the Jewish people to its ancestral home land is no less important than equality. The latter should not be ignored, not ever. Yet it should always be integrated in a comprehensive set of moral values and moral considerations that would lead to an overall morally-correct, realistic and implementable decision; Or else the distorted perception of reality, which nowadays is a common companion to “Equality,” would keep haunting us and harming us as a nation and as individuals.