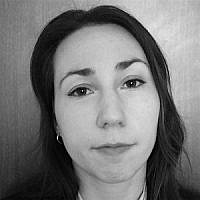 In the last seven months, the United Nations Educational Scientific and Cultural Organization (UNESCO) has passed two shameful resolutions regarding the Jerusalem. The first denounced Israel’s archaeological excavations around the Temple Mount. The most recent resolution, whose shrill tone would be comical were the text not so fundamentally flawed, decries Israel’s refusal to abide by the first resolution.

Notably, there is no reference — in either resolution, to the Hebrew names of the holiest site in Judaism: the Temple Mount, Har HaBayit; instead, the Muslim names Al-Harm Al-Sharif and Al-Aqsa are used exclusively. In fact, in earlier drafts, the Kotel was referred to as the “Western Wall” — quotation marks and all. The condescension in those quotation marks leads one to believe that the resolutions’ passing was a foregone conclusion.

These resolutions amount to no less than attempted cultural erasure.

Cultural erasure can take many forms. Here in Canada, for example, residential schools attempted to “kill the Indian in the child.” Aboriginal children were taken, often by force, from their families and communities to schools run by the Church and the Canadian government. Physical, psychological, and sexual abuse ran rampant, and children were prohibited from speaking their traditional languages or engaging in any rituals. These vile institutions caused intergenerational trauma in Aboriginal communities, and the reverberations are still felt today. Generations of Indigenous people lost touch with their traditions and languages because the Church and government tried to assimilate them and erase their traditions.

Unfortunately for the UN, no resolution can ever erase Jewish history or the Jewish connection to Jerusalem, the eternal capital of the Jewish People.

It is evident that, like most of the UN’s work, this process has been politicized by the states who are happy to distract from their own corruption and crimes by targeting the object of their abject hatred: Israel. Not only are these resolutions morally repugnant, they are also based on lies.

Jews pray facing Jerusalem, the Torah and Jewish liturgy are replete with references to Yerushalaim, and every year at Rosh HaShana we promise ourselves bashana haba’a be’Yerushalaim, “next year in Jerusalem”. At the very least, this is evidence of a deep cultural connection to the city. There are fast days and rituals to commemorate the destruction of the Temples, most recognizable is the breaking of the glass at Jewish weddings. Hebrew songs and pop culture references to Jerusalem reinforce that connection.

There is also abundant archaeological evidence proving Jewish ties to the golden city. Hebrew inscriptions referring to Jewish kings on walls of buildings, pottery used for Jewish rituals, the Elephantine papyri letters, coins, weights, seals, and floor tiles from the Second Temple are but a few examples. In fact, the layout and structures of the city have led scholars to conclude that a Jewish state existed long before 1948.

That archaeological evidence is precisely what the Palestinian Authority, the Jordanian Waqf (the religious administrative body that controls access to the Al Aqsa Mosque), and Israel’s detractors want to ensure remains buried. Hence the resolutions.

What is especially absurd is that the resolutions imply that Palestinian claims to Jerusalem trump Jewish ones. How can a Muslim claim to the city take precedence over a Jewish one when the Al Aqsa mosque was built on top of the Temple Mount?

And while we are on the topic of Har HaBayit…

Under Israeli administration, Jerusalem’s gates have been open to all and the holy sites of all religions are protected. This was not the case while she was under Jordanian or even British rule, when Jews were prohibited from visiting or worshiping there. Considering the fact that even the “moderate” Palestinian Authority refuses to acknowledge Israel’s right to exist or the Jewish connection to the Land, one can only imagine what Jerusalem’s fate would be under Palestinian rule.

In fact, a recent raid uncovered stolen Jewish antiquities in the West Bank home of a Palestinian man. Placing Jerusalem, her treasures and history in the hands of those who are actively trying to steal, abscond, and destroy them is reckless and absurd.

Assad and Daesh have turned Syria and the surrounding region into their own treasure chest, destroying Nimrud and pillaging Palmyra. UNESCO has been impotent in preventing these and other crimes against cultural heritage.

And yet, UNESCO deigns it appropriate to attempt to re-write history.

This revisionist history which erases the Jewish connection to Israel and Jerusalem conveniently benefits the interests of the Arab dictatorships in the region, and the states outside the Middle East who support or refuse to denounce these resolutions derive indirect benefits in the form of oil concessions and political leverage. The UN has given Holocaust deniers a platform for their historical revisionism in the past (see Mahmoud Ahmedinejad’s speech, for just one example); not content to merely enable historical revisionism, the UN has taken it upon itself to author revisionist history with its own hand.

The unification of Jerusalem in 1967 was the final stage in the liberation of the Jewish People. No matter how many resolutions are passed or how well-funded the anti-Israel lobby may be, nothing can change history, and nothing can break the bond between Jerusalem and the Jewish people.