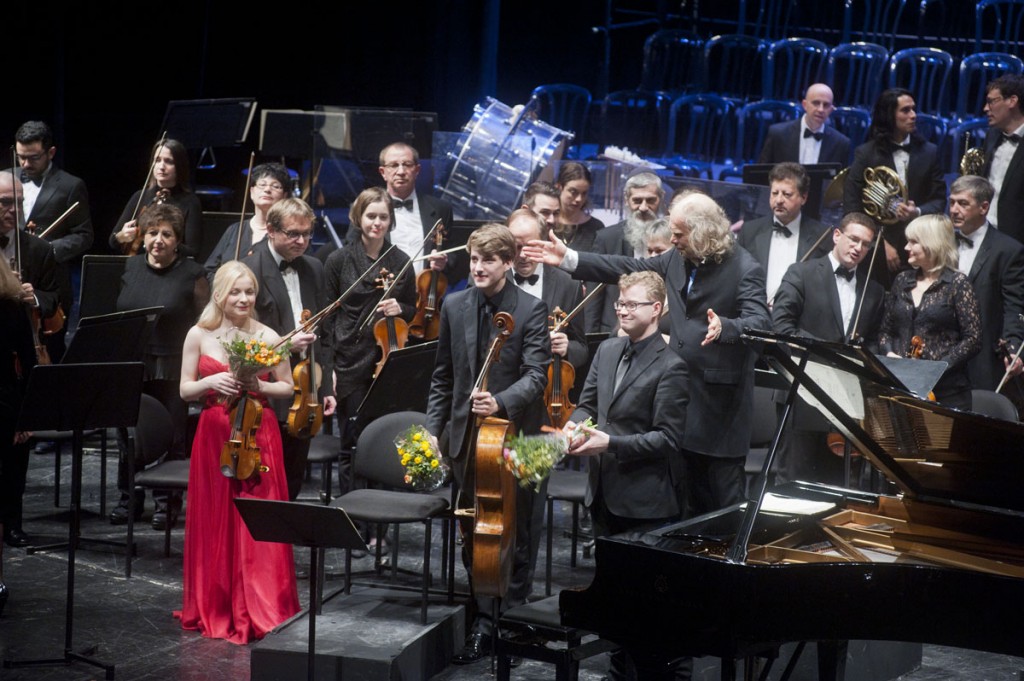 Things are bad. Things are basically bad. Israel’s got Bibi and America’s got Trump. But at least Estonia’s got talent and it is here.

Three young kids, winners of the Classic Star TV contest (it’s like “Britain’s got talent” or “X Factor”, just in Estonian and about classics) are in Israel to perform a chamber concert at Israel Conservatory in Tel Aviv tonight, Thursday at 8pm. This is a part of the Fourth Tallinn — Tel Aviv Music Festival – MustonenFest 2017. For those, not in the know: the internationally acclaimed conductor, violinist and early music researcher Andres Mustonen is just another crazy gentile who got hooked on Israel. Says Andres, my dear friend for many years: “I love Israelis! They live every second of their life to the very last drop, and that’s how they play music.”

Andres, who has been performing in Israel since the late 1980s, inaugurated his Tallinn Tel Aviv Music Festival (an Israeli offspring of his 25-year-old Estonian MustonenFest) four years ago, soon after his wife Malle Talvet Mustonen was appointed the Ambassador of Estonia in Israel. He also has been inviting Israeli musicians to perform in Estonia. And although Malle stepped down from her position this past summer, the festival only grows – this time it’s hosting about 300 artists from Estonia and Israel. The variegated program features symphonic, choral and chamber music, as well as such exotic offerings as a handbell ensemble, conducted (as a hobby or rather as a passion) by the Estonian National Opera General Manager Aivar Mae. The festival, which started on February 13th, is now in full swing and runs till March 1st at several venues throughout the country.

But back to the kids. They are the miniature violinist Katariina Maria Kits (21), Marcel Johannes Kits — her six foot tall “little” twin brother (“I was born 20 minutes before him,” Katariina stresses), and pianist Sten Heinoja (23). They study in Europe and perform internationally. The important thing to know about them is that not only were they not brought by force to music school by their ambitious mothers, but just the opposite – these were the babes who forced their parents to teach them music.

“One day on a walk with my mother, I froze in front of a piano I saw in the window shop and never wanted to go,”Sten Heinoja recollects — or most probably reconstructs a family legend. “For my fourth birthday I got a Clavinova digital piano. I am currently studying at the Royal College of Music in London and in a week from now I will be performing a Lizst piano concerto with the Florida Lakes Symphony. Ah, what a busy week!”

“Our parents are not musicians – our father is an architect, while our mother stayed home with us – we are five kids in the family. But music always sounded in our home, so Marcel decided that he wanted to play cello and I wanted violin,” says Katariina.” The parents first thought it was a passing whim, but after two months of pestering they gave in. We now both study in Germany at Trossingen Musikhochschule. Performing together is a wonderful thing, we don’t even need to talk to understand one another. With my brother on stage, I feel so secure, it is like being at home.” 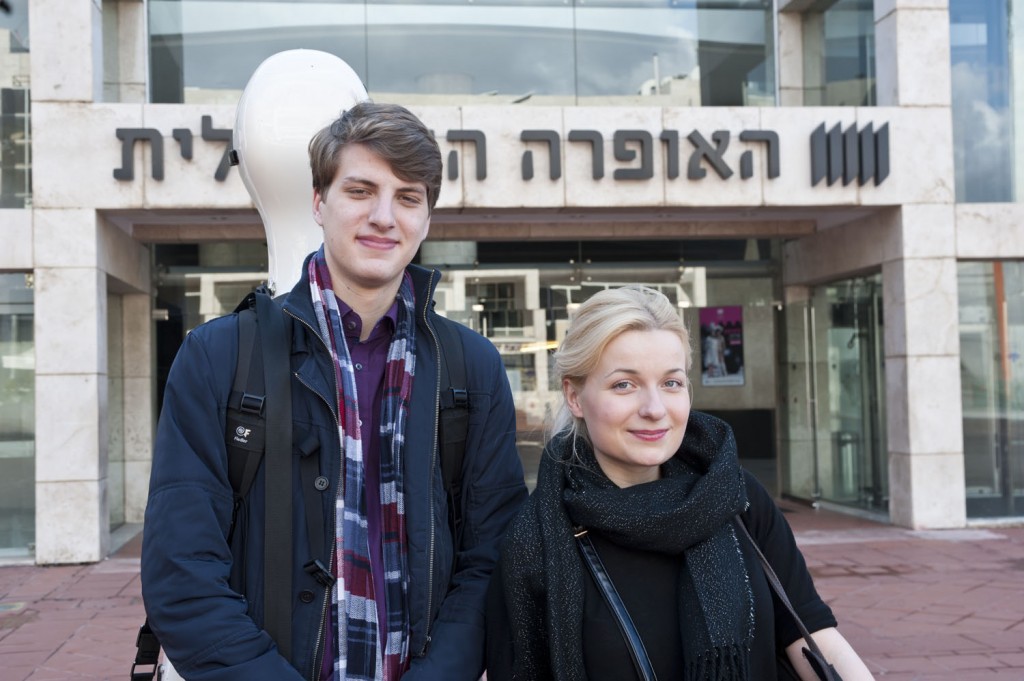 Speaking (with a perfect British accent) about the recital program, Sten grumbles: “First I play Beethoven’s Moonlight sonata, the Frank’s violin sonata with Katariina, then a cello sonata by Beethoven with Marcel and then the three of us perform Piano trio #1, by Shostakovich. So I work all the time and they have fun.”

Then, getting serious, he adds: “I love Beethoven and mine is a weird relationship with him. I feel that he knew precisely what he was doing when composing his pieces and I just understand how to perform his music.”

The three Estonian talents have already appeared with the Rishon Symphony earlier this week, performing Beethoven’s Triple Concerto under Mustonen at the festival opening (to be repeated in Rishon Sunday night). They play with a fresh and pure sound, like young people, who still don’t know that things are bad, basically bad. As Katariina said about the violin part in Beethoven’s concerto: “There is happiness written all over it, the violin goes higher and higher and there’s no limit to it.”

The concert takes place at Israel Conservatory in Tel Aviv tonight, February 16, 2017 at 20:00. Come, enjoy the music and cheer the young musicians – this is their first chamber concert on our shores.