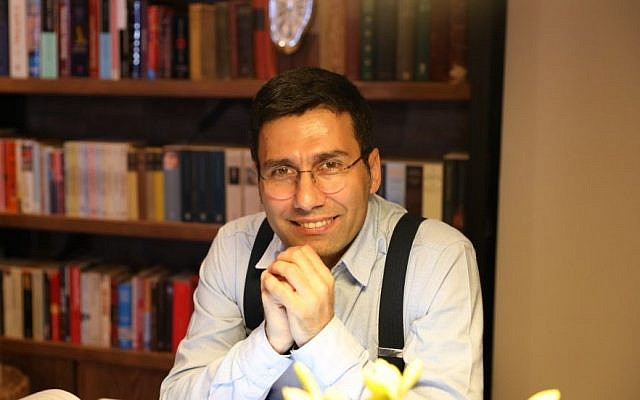 The recent report by the US State Department Counter-Terrorism Coordinator on the presence of Lebanese Hezbollah ammonium nitrate in several EU countries has raised the alarm about the terrorist activities of this terrorist group affiliated with the Islamic Republic in the world.  Ammonium nitrate is the same substance that recently destroyed large parts of Lebanon. When that big explosion took place in the port of Beirut, few people thought that there was a connection between Hezbollah in Lebanon and this dangerous chemical.

Although the root cause of most of the events and catastrophes in Lebanon, from Hariri’s assassination to the destruction of the port of Beirut, remains unspoken and closed. Most of intelligence agencies in the region are well aware that Hezbollah’s ammonium nitrate is the survivor of its terrorist activity in the Middle East and the world. The State Department’s Counter-Terrorism Coordinator’s report now confirms Hezbollah’s interest in stockpiling this dangerous chemical in other parts of the world, especially in some EU countries, and is in fact a wake-up call to the world for paying ransom to dangerous groups. Like Hezbollah, which is taking orders from the terrorist government of Iran.

Ammonium Nitrate is a dual-use material that can be used both as a fertilizer and for manufacturing of explosives. The trick used by terrorist and sabotage groups such as Hezbollah to transport this substance easily and simply in the world is to declare its use as a chemical fertilizer. Therefore, many countries do not pay much attention to the risk of transportation, and storage in warehouses. Cargo owners often deny its dangerous use; For example, in a horrific explosion that took place on the Neishabour train in Iran in 2004 which killed 350 people, seven wagons of ammonium nitrate under the name of chemical fertilizer exploded.

Therefore, it seems that the movement of this dangerous substance by unqualified groups such as Hezbollah in Lebanon, which does not value human lives, could be dangerous all around the world.

Hezbollah’s notorious history of ammonium nitrate:
dangerous game with ammonium nitrate is an unprecedented game. In 2015, Mossad reached the city of London and informed the British that a hefty amount of Ammonium nitrate which can easily destroy a large area in London, has been stored in parts of the city. Following this, some Hezbollah- linked individuals were arrested. 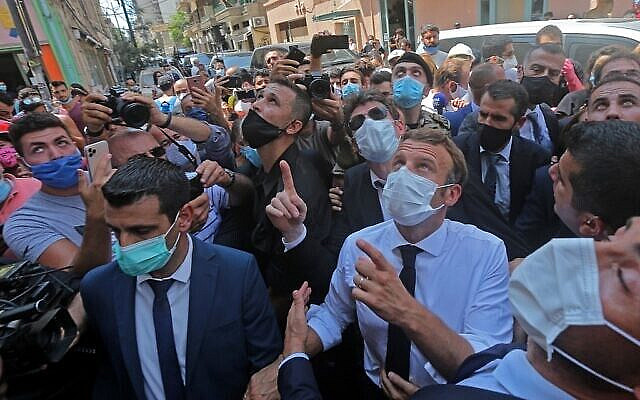 French President Emmanuel Macron chats with people as he visits the Gemmayzeh neighborhood which has suffered extensive damage due to a massive explosion in the Lebanese capital, on August, 6. 2020. – French President Emmanuel Macron visited shell-shocked Beirut, pledging support and urging change after a massive explosion devastated the Lebanese capital in a disaster that has sparked grief and fury. (Photo by – / AFP)

According to intelligence sources, Hezbollah in Lebanon is using ammonium nitrate for making roadside bombs and fuel rockets into Israel. The reason for the use of ammonium by the terrorist group Hezbollah to make explosives is its cost-effectiveness, especially now that, Hezbollah’s financial resources are severely limited due to sanctions against Iran.

The Iranian regime is involved.

According to the report by the US State Department Counter-Terrorism Coordinator, Iran and Hezbollah not only in the Middle East and borders of Israel but in most countries, especially the EU are moving and storing this dangerous chemical. The Americans’ report is a warning to the Europeans to stop appeasement policy toward Iran and Hezbollah. According to intelligence sources, Hezbollah has bases in several European countries, and due to the dispersion of Lebanese in continental Europe and their religious affiliations, Hezbollah uses some of these individuals in European countries as mercenaries or agents. Hezbollah’s influence in Europe has intensified since 2010, and according to security sources, Hezbollah has expanded its influence in most parts of Europe as a mercenary of the Iranian regime. Ammonium nitrate storage by this group in Europe is very worrying. Most of these shipments were transported in first aid kits. The terrorist attacks in Bulgaria in 2014 and 2015, which took place with ammonium nitrate, revealed the traces of Hezbollah members. However, at that time no one took this risk that serious.

Europeans prefer a policy of appeasement with Iran and Hezbollah, but in recent years British, Dutch and German intelligence agencies have found stronger evidence of Hezbollah’s undisputed terrorist nature, which has resulted in the group being designated as terrorist organisation by E3. The recent report by the US State Department’s Counter-Terrorism Coordinator, however, puts pressure on other European countries that do not pay much attention to Hezbollah movements on their soil. According to US security sources, Hezbollah’s ammonium nitrate depots in Spain, France, Italy, Greece and Switzerland are currently extremely dangerous to their security.

A security assessment shows that whenever Tehran wants to, there is a danger that Hezbollah, at the behest of its actors and masters in Tehran, will pose a serious threat to parts of Europe. However, based on the same assessment that the United States has taken out of classification, Lebanon’s Hezbollah plans to expand its ammonium depots across Europe. Undoubtedly, this is a warning that, if not taken seriously, could lead to a terrible catastrophe. Just as the money laundering and corruption activities of the terrorist group Hezbollah and similar groups have not been taken seriously so far, this issue may not be sensitive, and perhaps the media and political arms in Europe will try not to take this issue seriously and make it disappear amongst the news waves of the day.