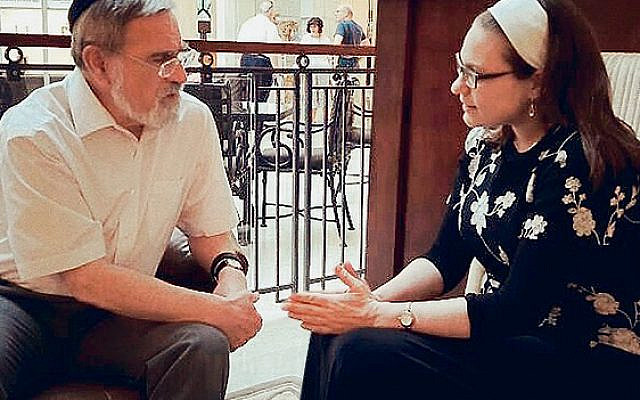 I have many stories about Rabbi Jonathan Sacks. I had the honor of being a guest in his home in London a year ago, and we worked together on several projects, including a collaboration with Ishay Ribo.

There are many observations to make on the work of Rabbi Sacks – on the breadth of his thought, his integration of the old and the new, his awakening the world to the greatness of our heritage.

But the words of a eulogy are not enough, unless accompanied by thoughts and deeds of what we must do to honor the memory and legacy of greatness that Rabbi Sacks has left us going forward.

As a young college student, he paid a visit to the Lubavitcher Rebbe with questions he wanted to ask. The Rebbe asked Sacks questions in return. How many Jewish students were there on his college campus? What was he doing in order to involve them in Jewish life? The Rebbe explained to Sacks — who was deliberating whether to study economics or law – that the Jewish world was in crisis, that ignorance was our greatest enemy. Therefore, it was Sacks’ obligation to help, to utilize his talents in order to study and teach Torah. Sacks, who was not observant, eventually became the Chief Rabbi of Great Britain, a professor, and a member of the British House of Lords. “When we make Judaism our top priority — we lose nothing,” he used to say.

Can all of us become professors, rabbis, and lords? No. But all of us can make full use of our talents. All of us can imagine standing opposite the Lubavitcher Rebbe and answering questions about our commitment to Judaism and what we are doing about it.  When someone whose mission was making Torah and Judaism accessible and understandable to everyone passes away at the height of his powers, a vacuum is left behind. The same thing happened a few weeks ago with the passing of Rabbi Adin Steinsaltz – the great interpreter and commentator on the Bible, the Talmud, and Chasidic thought.

Even if we will not reach their level, we cannot allow ourselves to merely mourn their passing. All of us, each in our own way and with our own talents, must answer the call and help to fill the void created.