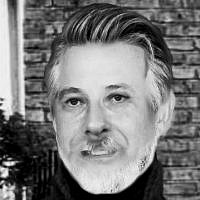 The Blogs
Ed Charni
Apply for a Blog
Advertisement
Please note that the posts on The Blogs are contributed by third parties. The opinions, facts and any media content in them are presented solely by the authors, and neither The Times of Israel nor its partners assume any responsibility for them. Please contact us in case of abuse. In case of abuse,
Report this post.

An open letter to Israeli students going to Chul (abroad).

Growing up in London in the seventies, we’d heard of anti-Semitism.  But it was usually anecdotal – the preserve of right wing cranks – the National Front.  Descendants of Oswald Mosely, a comic figure.

Anti-Semitism was not something that any educated person could indulge in anymore.  With the end of WWII, and the horrific revelations from Belsen and Auschwitz, anti-Semitism was passé. Not something for a sophisticated, democratic and free Europe.

So we thought, we Jewish kids, back then in the Seventies.  How wrong we were.

People say that the turning point was 1967 when Israel had the temerity to not only survive the threat of imminent destruction but also to conquer enemy territory.

But looking back, I think it was mainly two other factors:  Israel was now linked with America and was its key ally in the Middle East during the Cold War.

And in 1979, Iran became an Islamic Republic and began to export its own particular brand of hatred, radicalising the ever growing Muslim populations in Western Europe.

The anti-Semites could now march openly with Communists and Muslims joining their public calls for justice, but behind the scenes plotting the next holocaust.

In the UK, post-Thatcher, the left wing lost its way.  With the old ideals gone there was now no contradiction in “socialists” marching alongside Islamic fundamentalists calling for the persecution of gays and the enslavement of women.  If you hate America and you believe the Jews are behind everything – nothing else matters.

Left wing Israelis coming to the UK to study are, I am sure, aware of these various groups:  The failed-Socialists; the fundamentalists; the haters of America.

But I am not so sure that they take anti-Semitism too seriously.

Only this can explain the continuing ability of some of them to seek common cause with these avowed “anti-Zionists” – and to think that they had found that common cause.

Israelis after all, go abroad with their heads held high – they are not the ghetto Jews of earlier generations.  Real anti-Semitism – the type that needs no cause, – they don’t really believe it exists.  Not really.  Not in Europe after WWII.

So Israelis take them at their word.  Israelis are direct – some say rudely so.  They say what they mean and without fear.  They assume the same is true of others:  If people shout that they are anti-Zionist then that is what they are.  And if their concerns are therefore rational and not racist, then Israelis can seek to address these legitimate concerns.

“Look – we’re socialists too!”  say these Israelis.  “ We also want a Palestinian State.  We also want the settlements removed.”

But, my fellow Jews, you are wrong.  At British universities, when you speak out in favour of Boycotts and Divestment, you fail to see that the agenda is being driven not by those wanting Israel to make concessions, but by those who want Israel to disappear.

Sure there will be many following along who are not anti-Semites – many who believe that with concessions from Israel alone, will bring peace and understanding from the Palestinians, but the bulk votes that in many UK campuses automatically pass any anti-Israel resolution are delivered by the ever-growing number of radicalised Islamic students for whom another 6 million Jewish dead in the struggle for yet another Arab state is a desired outcome.

A refrain often heard from the Israeli left wing student abroad was articulated most recently by Yishai Mishor in his public letter denouncing Oxford University’s Israel Society:   “We must make a clear distinction between supporting the existence of Israel and supporting Netanyahu’s government and its oppressive policies.”

But Yishai – they don’t care about you or your distinctions.  Your friends on the left will not love you because you don’t like Nethanyahu – it is the very fact of a Jewish State that they abhor.  All you are achieving is the further isolation of Israel – fattening her up for the eventual sacrifice.

This past Christmas as in previous Christmases a Church in central London used the occasion to highlight the plight of Bethlehem’s Christians.  This is not a protest about the discrimination and persecution they face from their fellow Palestinian – but Muslim – neighbours.  St James’ Church in Piccadilly has nothing to say about that.

In the very week when Christians were being murdered for their religion in Egypt and in Syria, when these ancient Christian communities were crying out for aid from their fellow Christians in the UK and elsewhere, St James’ in Piccadilly spent tens of thousands of dollars on erecting a replica segment of Israel’s security barrier in its courtyard – and on devoting a week of presentations highlighting Bethlehem’s suffering at the hands of the Jews.

Facing some protest over this, the Church agreed to have a debate around the Wall on one of the evenings that week and to have a speaker give the Israeli side.  I attended this debate.

Of course, in debates like this, few attend with open minds and fewer will have their minds changed, but it was good for some to at least hear for the first time the Israeli perspective.

But what shocked was the attendance of a couple of dozen Israeli students many of whom had come over from Israel for the event – in order to support the anti-Israel side of the debate.  By handing out leaflets criticising Israeli policies, they signalled only that they had failed to understand what the Church was really about:  The demonization and de-legitimization of Israel as a State.

In the queue in to the hall, Israeli students were handing out leaflets condemning Israeli policies.  One person was heard saying to another:  “They think if they show us how caring they are we’ll hate their little country a little less” – he was met with an understanding laugh.

For them the call to arms is not in order to alleviate Palestinian suffering and help bring about an Arab state.  It is about the destruction of the Jewish one.

We can see this in their actions – or lack of action:

This Church will not call for a boycott of Arab governments pitilessly discriminating against Palestinians, now 3rd or 4th generation, living in squalid camps in  the ’brotherly’ countries of Syria, Lebanon and Iraq where they have far fewer civil rights than the Palestinian citizens of Israel.

This Church is not exercised by the discrimination shown to Christians across the Arab world – and by the Palestinian Authority in Bethlehem itself.

This Church shows no enthusiasm for projects bringing Israelis and Palestinians together.  Helping the Palestinians is of no interest if it does not involve defeating Israel.

Just last week, in Ireland, at the University of Galway, a pro-Israel speaker was shouted down even before he had started.  On a video of the occasion you can clearly hear the accusation of “dirty Israeli money” . See this link https://blogs.timesofisrael.com/bds-bullies-at-galway-university/

For Israeli students abroad it is natural for you to be preoccupied with your own country’s actions and to see the Palestinian issue through that prism.

But you need to question why others would have such a preoccupation and see it for what it is:  The re-emergence of European anti-Semitism from what was only ever a temporary, post-war hibernation, now bolstered and carried forward by Fundamentalist Islam.  If you think old-fashioned in-your-face anti-Semitism in Europe died away in 1945, think again.

About the Author
Born in Britain, Ed lived in Israel for many years and served 3 years in an IDF combat unit during the first Lebanon War (Operation Sheleg). Now back in Britain he is an appalled witness to growing anti-semitism leading to unbridled hostility towards the Jewish State.
Comments