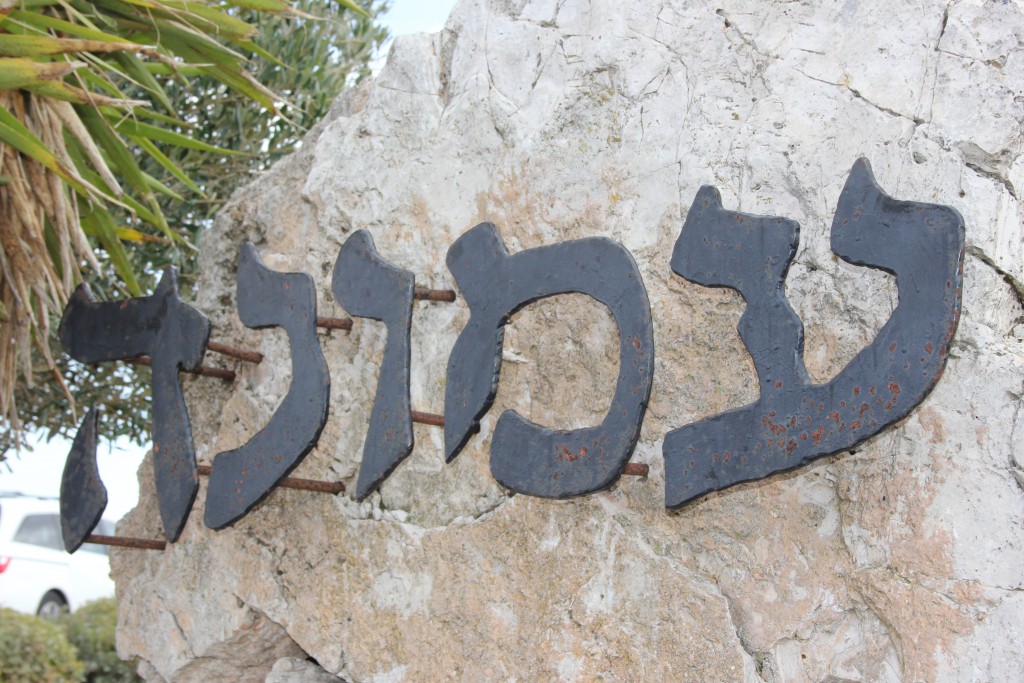 Reno Tzror began his program on Army Radio this week with a Bible lesson. The journalist read every verse of the story of the vineyard of Naboth the Jezreelite in the Book of Kings, and for those who didn’t get the message, he took the trouble to spell it out: The government and the settlers are the equivalent of Ahab and Jezebel, and the Palestinians are the hapless Naboth. “Will you murder and also inherit?” roared Tzror as he assailed the Regulation Law. Echoing his sentiments, Benny Begin said that while he indeed supports the settlement endeavor, it cannot be based on exploitation of the Palestinians.

Leftists don’t like to let the facts rain on their parade, and that’s why our task here is to remind everyone of the forgotten details of the case of Amona in order to understand what it’s really all about. To that end, I will put aside the question of motivation: Officials in the Attorney General’s office have already admitted that the petitions submitted by the leftist organizations Yesh Din and Peace Now were not motivated by a desire to protect the property rights of the oppressed Palestinians, but were rather submitted in the context of “lawfare” — legal warfare aimed at promoting the interests of Palestinians, the purpose which is to force Israel to unilaterally withdraw from Israel’s heartland without an agreement. However, for now, that’s not the discussion, so let’s focus on the case itself.

When the Amona case reached the High Court of Justice, the Land Registrar of the Civil Administration maintained that although Amona was a bare, rocky, abandoned hilltop, its land was registered as private land, meaning that the Jordanian government had registered the land in the name of local sheikhs and clans. Amona initially argued that the Jordanian registration was not legally binding because the Jordanian occupation had never been recognized by any country other than the United Kingdom and Pakistan (and Aharon Barak), further adding that the land records did not provide evidence of actual ownership, which would be reflected in agricultural cultivation of the land, but that the land was registered as a form of bribery to serve the political interests of the Jordanian government. However, these claims were not relevant because the court took no interest in them, but only wanted to know what the state’s position was. And the state, i.e. the department in charge of responding to petitions to the High Court of Justice on behalf of the state and the Attorney General at the time, “admitted” that private lands were involved and that the state planned to have them evacuated.

The interesting twist in the plot occurred when Yesh Din, elated at its success, filed a civil suit on behalf of the plaintiffs against the state, demanding compensation for the years they had been denied the right to access and cultivate their lands.

However, unlike the Supreme Court, lower courts do not make decisions without any evidentiary foundation. The suit arrived in the court of Judge Shirley Renner in the Jerusalem Magistrate’s Court. During the proceeding, Land Registrar Uzi Gilo gave his testimony, and an amazing fact came to light: Of the nine petitioners, the lands of seven were found to be located outside Amona with nothing preventing the petitioners from accessing and cultivating them. It was further discovered that the two remaining petitioners upon which the impressive petition stands – Miriam Hassan and Ibrahim Khalil – claim ownership of only a tiny sliver of a percentage of the settlement land. Their proportion of the ownership rights grants them – wait for it – about 2 dunam (or half an acre) out of the 500 dunam (124 acres) upon which the settlement sits (!). This is what Registrar Gilo stated: “The proportion belonging to Plaintiff 1 (Mariam Hassan) is 12/109 of a plot of 24 dunam. The proportion belonging to Plaintiff 2 (Ibrahim Khalil) is 80/3600 in a plot of 36 dunam.”

It is important to dwell on this fact: The settlement of Amona is located on about 500 dunam. The plaintiffs that came to trial claim ownership of two dunam, i.e. less than half a percent. All the rest of the land is registered in the name of people that do not really exist either now or in 1967; there is no trace of them in the population records drawn up after the Six Day War.

At this point, the prosecution executed two painful fouls against the people of Amona: The first was to treat all the plots among which Miriam and Ibrahim’s sections are located as private plots, rather than relating only to the proportion of which they were the actual owners. In other words, instead of giving them their 2 dunam of land, they were given 60 dunam, an area that covers the entire southern part of the settlement. The second kick was completely below the belt: In a particularly problematic response, the prosecution did not make any distinction between the plots that were the subject of the petition and those regarding which there was no claim at all. The state could take the strictest interpretation and say that since we had no idea where the tiny plots belonging to the petitioners are located, we will treat the entire southern part of the settlement as privately owned land, but will save the northern part of the settlement and move the buildings from the southern part to the northern part. But that is not what the state decided to do. The two dunam were turned into a highly concentrated drop of iodine that stained the entire bucket. A senior official in the State Prosecutor’s office recently told me: The person that wrote that response didn’t have much in the way of brains. I told him that he had a lot of brains and quite a bit of malice too.

The third foul was delivered by the High Court of Justice when it accepted the state’s surreal position and issued a ruling that made no distinction between the southern and northern parts of the settlement. At that time, the county’s political leadership had little influence on the prosecution, but when the elected officials finally woke up, they held a trenchant talk with officials in the prosecutor’s office. The state then announced that it would enforce the judgment, but only in regard to the plots over which the lawsuit had been filed, and on July 14, Yesh Din submitted a request that the state be held in contempt of court. As a result, Justice Asher Grunis handed down another ruling explicitly stating that the court’s ruling applied to the entire settlement.

The Regulation Law is truly the last opportunity to prevent a historic injustice from being perpetrated. With all due respect, the arguments put forth against it can be described as ranging from groundless to downright strange. The first argument is that the Knesset has no legislative authority in Judea and Samaria because it is occupied territory. This argument was refuted by the former president of Tel Aviv University, an expert in international law, Prof. Yoram Dinstein: “If the occupier has legislative authority in the held territories, the authority is granted to the state as such, rather than to any of its organs.” In an article he published In Iyunei Mishpat, the law journal of the Faculty of Law of Tel Aviv University, he showed how international law is completely indifferent to the technique by which laws are applied in occupied territory, and consequently, there is no difference between an order issued by the military commander and Knesset legislation.

A second argument maintains that the Regulation Law contravenes international law because it permits confiscation of property belonging to the Arab population in favor of the Israeli population. This assertion is also strange because international law requires that Israel ensure the welfare of the entire population in the West Bank, Israelis and Arabs alike. The tool of expropriation is an inherent power possessed by every governmental authority in the world, without which it would be impossible to build roads, interchanges, public buildings and new residential neighborhoods.

Moreover, the Regulation Law is consistent with the legal systems that were applied to Judea and Samaria before their liberation: Article 906 of the Majalah, the Turkish book of laws, and Section 10 of the Jordanian Holding and Use Law (Tasruf) state that if a person built and planted land belonging to another in good faith, and if the value of the construction exceeds the value of the land, the landowner is forced to accept monetary compensation.

The most important argument against the law is that it defies Israel’s Basic Laws. Let’s put aside the legal paradox for a moment – because if Israeli law may not be applied in the West Bank, then the Basic Laws do not apply there either. The crux of the matter is that the Regulation Law seeks to balance two values: 40 families and 200 children who have been living on land for 20 years, as opposed to two petitioners who own less than half a percentage of the land on which they have never lived. Anyone who thinks that ownership of half of a percentage of a community justifies the uprooting of that community in the name of any fundamental right either doesn’t understand the content of the Basic Laws, or has a moral compass so corrupted that it distorts their understanding of reality beyond repair.

Translated from Hebrew and republished with permission by Yehuda Yifrah, Editor of Law section, Makor Rishon

About the Author
Shannon Nuszen is an activist for Jewish causes, both in Israel and in the diapora. Shannon spent years advocating Jewish causes and countering anti-Israel propaganda in Houston, TX. In 2015, Shannon and her family made aliyah to Israel and live in Gush Etzion. Since their arrival in Israel, she's been busy educating herself about Israeli politics, and has become involved in various political causes.
Related Topics
Related Posts
Comments