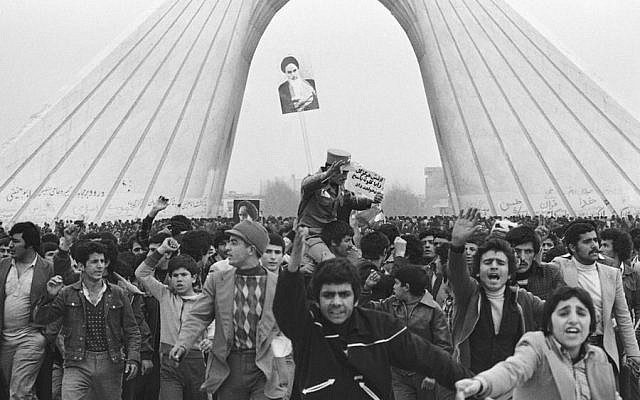 The enthusiasts of freedom and liberation from the chain of the SAVAK and the authoritarian era of the late king, like the legendary Greek heroBellerophon regarded freedom as Pegasus, their venerable and eternal companion, while downplaying the nefarious nature of the evil Shiite Islamism.

This is the least that can be drawn from the poverty of the vision and the culture of the freedom-thirsty masses in the years before the revolution. The 1979 Revolution, which was completed by the slogans of “Allahoakbar” and “Death to the Shah” on February 11 after two days of street fighting by guerrilla movements against the Imperial Guards, was the last farewell to the Immortal Guards and the elite forces of the Iranian military.

Khomeini, who returned to Iran on February 1, with Air France, on February 5 and just three days after his return, formed the interim Bazargan government, and earlier on January 27, with a message given at his headquarters in France to Jimmy Carter, he said his militia would be able to calm down the protesters if the army retreated. Khomeini regarded himself as the victor.

Of course, there are many myths about Guadeloupe ​​that have not yet been proven. However, a referendum for the Islamic regime that was held on April 1, 1979 to change the imperial system and the establishment of Islamic sovereignty, as well as the drafting of the constitution in the same month, was well documented and written. Jimmy Carter’s appreciation of France’s work on January 15th is not overlooked.

With this compact story of the events of the revolution, should we not have a very brief commentary on the bleak fate of the Iranian people during the years before Khomeini entered Iran? We should not see the baby but forget about who gave birth to it. Khomeini and his thoughts did not have any similarity to that of the vast majority of a nation of 30 to 35 million, but lack of freedom as well as blind pride put the people in a bad position.

In the cultural and national arena, despite all the hard work by those in charge, were the cultural activities fruitless? The economy and industrial progress of the country did not have a rival in the region, but what kind of measures were taken to make the people sympathetic to the government? Which party and group were not regarded as traitors and non-Iranian, and the fray would not end until armed conflict and military tribunals came into effect?

Freedom of expression and opinion, even if it was a pretext and instrument for the purpose of overthrowing the Iranian monarchy and destroying the territorial integrity of the country, in the balance of the benefits and costs to the national interest should not have been considered a risk. But confronting it, and above that, banning freedom of speech and belief, and even legalizing hostility with state beliefs – the prohibition of collectivist beliefs – turned breezes into storms.

In 1979, all who wanted freedom took up arms, and they all wanted to overthrow the dictator without regard for the tyrannical mullahs who lay in waiting. Review the political games and theaters of the magicians in the mosques and the seminary and the lectures and the pulpits of that time, and Khomeini who was accompanied by the lawyers and jurists. Who could blame the people for accountability?

Who could blame the people and who will be surprised at the continuation of this system for 40 years? Especially that over the course of the past 40 years Iran has been placed in a web of deceit and an iron cage of isolation. Who is responsible for such devastation? The Islamic regime or people? The Left, the monarchists, or the democratic opposition inside the country? Of course, the answer is none. The real responsibility lies with the people who cannot go beyond the ossified habits in them to blaze a new trail.