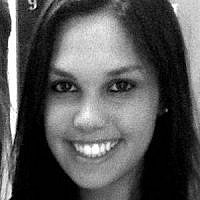 The Blogs
Rina Steinberg
Apply for a Blog
Advertisement
Please note that the posts on The Blogs are contributed by third parties. The opinions, facts and any media content in them are presented solely by the authors, and neither The Times of Israel nor its partners assume any responsibility for them. Please contact us in case of abuse. In case of abuse,
Report this post.

About a month ago, I attended a mandatory workshop for first-year students at the University of Michigan called “Change It Up!” In this workshop, students were encouraged to build inclusive and safe environments where all people, and all opinions are respected and valued. We were told to avoid using “microagressions,” which is basically everyday language that may contain the slightest tinge of something offensive.

The blithe message of “Change It Up!” is wonderful, albeit in an ideal, flowery world where all of us are able to shout our beliefs and opinions freely from the hilltops. The hard truth is that the University of Michigan does not offer this ideal campus environment, as is the case with many other colleges and universities. In fact, my campus, along with many others, are far from ideal. The investigation of Jesse Arm by the Central Student Government at the University a few weeks ago proved to me that this world is both a myth and a fallacy. Our campus is not inclusive of all students and it is not respectful of all opinions. I, for one, most certainly do not feel included.

Some background: About two weeks ago, Members of the Students Allied for Freedom and Equality at my school put up an “apartheid wall” and simulated a mock checkpoint for Palestinian citizens trying to enter Israel. This happened on the same day that 18-year old, American gap year student Ezra Schwartz was mercilessly killed in an attack by a Palestinian terrorist in the West Bank. Jesse Arm, who is a representative on our Central Student Government (CSG) and member of the pro-Israel community on campus, approached the members of SAFE, questioning the appropriateness of putting up the wall on the day of this brutal attack, an attack that hit home for many students on campus. Arm presented his opinion with force and with passion, but he neither threatened nor touched anyone involved. Still, members of SAFE asked the CSG to launch an ethics investigation into Arm’s actions, claiming that it was “irresponsible” for him to approach members of their organization.

This was the CSG’s first ethics investigation. They chose to investigate a student who freely, openly, and proudly voiced his opinion. Needless to say, Arm was not reprimanded since the ethics committee found that he had acted appropriately within his rights as a student. Still, the implications of Jesse’s mistreatment at the meeting are dire not only for the pro-Israel community on campus, but for the entire student body at the University of Michigan.

As a Jew, I am threatened. As a pro-Israel American, I am disgraced. As a student, I am ashamed of the injustice that has occurred within a campus community that prides itself on accepting all voices. SAFE wrongly accused Jesse at the meeting, while the assembly neglected to protect its member from these blatantly incorrect accusations. He was mistreated for his views at the CSG assembly, a place where students are supposed to be treated as respected members of an organization. I’d even argue that by voicing his opinion, Jesse was doing his job as a CSG member, representing those constituents who feel similar to him.

Israel is held to a double-standard on my campus, and that is a fact. Would it have been a travesty if a pro-choice student approached pro-life students, or even if a member of SAFE questioned pro-Israel students? I am not saying that students who have presented their opinions have not been ridiculed, but have they received ethics investigations? The answer is no, and it is no because this type of dialogue is respected and encouraged on campus. Mention “Israel” in a positive light, however, and you tread on extremely thin ice. After this incident, why should I feel safe voicing my pro-Israel opinion on a campus that has suppressed those with whom I share similar views? Why should I not believe I will be the one to be called racist the next time I voice my opinion?

When it comes to Israel on campus, there is a troubling and frightening disconnect amongst the student body. For some bizarre, misguided reason, Israel is often equated with a sadistic and evil global force committed to fulfilling her own selfish desires. Perhaps this is because of unfair reporting by mainstream media outlets, or perhaps this is a result of an increasingly less tolerant campus atmosphere. To be clear, I am most definitely not a happy-go-lucky cheerleader for the State of Israel. Israel is far from perfect, with a lot of policies I personally disagree with. This, however, does not warrant the ludicrous way with which Israel is approached on my overly politically correct campus. Israel must be viewed as what she truly is, a democracy that, like all other democracies has its problems.

Despite her problems, Israel has a lot of good, too. I had the privilege of spending this last year in Israel, where I was able to see this good with my own two eyes. The only democracy in the Middle East, Israel is a place where Druze, Muslims, Christians, and Jews, among others, have the opportunity to voice their opinions and live amongst one another. The Arab List is currently the third largest political party in the Israeli parliament, and the Druze, a minority religious group that mainly resides in Israel, Syria, and Lebanon, proudly serve in the Israeli army. Is this not what a pluralistic society looks like? With everything going on in the world today, surely Israel, as a light in the darkness, could serve as an example of an inclusive society.

To be clear, Israel is not perfect, but then again, neither is the University of Michigan. I am tired that free speech is guaranteed for some, but not for all. On a campus that routinely holds diversity summits, intergroup dialogues, and speak outs, pro-Israel opinions should always be included, accepted, and welcomed with the rest, but for some twisted reason they are not.