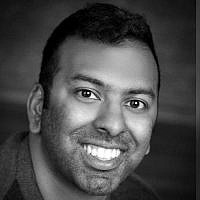 The first recorded Jewish settler arrived in New York the 1600s. Later, many more arrived in the 1800s and gave it a distinct Jewish identity. So today, New York is the city with the most Jews outside Israel.

There are many Hasidic Jewish sects; Chabad Lubavitch is one of them. It was founded in 1775 and is probably the second biggest sect after Satmar, also having big presence in New York. But, Chabad is the best known because of this outreach program. And unlike most ultra-Orthodox groups, which are self-segregating, Chabad operates mainly in the wider world and caters to all Jews.

In 1951, Rabbi Menachem Mendel Schneerson became the seventh Chabad Rebbe. He transformed the movement into one of the most widespread Jewish movements in the world today. Under his leadership, Chabad established a large network of institutions that seek to satisfy religious, social and humanitarian needs across the world. Doing outreach to other Jews is a big part of what they do…

Chabadniks are a familiar sight outside crowded areas in New York like subway stations, museums and parks: young black-clad Jewish youth in hats and suits standing in front of an RV, known as a Mitzvah tank. They have had these since the 1970s. Today, they are a common sight in New York, and are as significant to this city as the hot dog stands and NYPD police cars!

They approach random passers-by with the question
“Excuse me Sir, are you Jewish?”

If you say “no,” they’ll move on (or still be friendly if you want to chat); if you say yes, they ll ask to put tefilin on and say a prayer. They have a stall with Judaica and will always be open to chat even if you aren’t Jewish. They’ll invite you to do shabbos or hang out;  read the Torah/Talmud or see a video of Rabbi Schneerson.

Inside the Mitzvah tank it is nice and comfy.

Sometimes they’ll give you a prayer card or a picture of former Chief Rabbi Menachem Mendel Schneerson who they view as the messiah.

For almost 50 years Chabad Lubavitch has been doing this in New York. Many of them grew up here, although some from come abroad  to do this like Israel, France etc. Chabad has centers across the world. They do it in Israel and the US mostly where you have most of the world’s Jews of course.

Zalman Taleshevski better known as ‘Tesh’, an Australian Chabadnik, says that he gets a lot of crocodile Dundee jokes for the hat and Aussie accent combination while in New York!

Mendel Wuensch has done it in Israel and says that over there they won’t ask people “Are you Jewish?” – for obvious reasons.

Instead they start off by asking “can I put tefilin on.” Mendel has been doing outreach since he was a kid. Sometimes young ones tag along with their parents or siblings. Likewise, his younger brother Yehoshua comes along with him occasionally.

In their father’s time during the hippy era of the 60s they did it in pickup trucks and put up signs saying ‘cop-free pop’ and that would attract hippies. Then when they got their attention, they’d ask if they were Jewish/ wanted to put on tefilin? (literally -‘ pop on tefilin’). So, every generation targets different crowd, but with the same message – to do mitzvah.

Mendel says that the agenda isn’t exactly to “push Jews to wear a hat and beard” but rather get Jews to “grow in their Judaism.” He also describes it as outreach or inreach rather than missionary work per se. Because they are not trying to convert people. Mendel once out teffilin on a man who turned out to be Gilbert Gottfried, best knows for doing the voice of Iago the parrot in Disney’s Aladdin.

Ioseph Carlebach has done outreach with Mendel and says that he would like to see Jews caught up in the modern world to identify as Jewish rather than atheist or unaffiliated – that is Chabad’s goal.

He has a full time job when he isn’t doing this.

Gary Kanter is an openly gay Jewish man from Kansas who grew up Conservative but is non practicing now. He now lives in Chelsea, where Tesh, Mendel and Ioseph used to do outreach and says he always feels welcome among the Orthodox boys who don’t discriminate and are happy to meet up and put teffilin on him- even if they don’t sanctify gay marriage.

Rabbi Emmanuel Carlebach, Ioseph’s father did this in the 80s. They went to Jewish neighborhoods and elsewhere to find Jews.

Many were happy to meet a student rabbi on the street- he covered Washington, Oregon and even Alaska. Rabbi Carlebach says that Chabad Outreach is “an anchor in the ocean where in the turbulence you don’t crash because you have God.”

Part of his work involved making secular Jews aware of holiday coming  and even non-Jews would stop by for the celebrations because they found it quiet enlightening. Because there are not as many Jews there like New York, he would usually start a conversation with “How are you today?” and have a chat; he happened to meet many Jews this way by just talking to random strangers. Emmanuel once called a Satmar when he needed a Minyan (group of 10 Jews) ; Satmar are known to be a more insular sect. Another memory he recalls was he once putting teffilin on a man on the plane! Of course, there’s many Jews in that part of the country like in New York so it requires a very different approach.

Rabbi Meir Konikov used to do this from 1988-92. While he was a student at the Yeshiva, he did outreach in New York’s Diamond district where people were ‘very busy.’

He recalls one funny moment where he stopped and asked a man the trademark question “Excuse me sir are you Jewish?”

The man was not interested and abruptly responded “no”. Some 30 minutes later, he saw the same man return. He quickly approached him and said “Yes I am a Jew”, and he hurried away.  “He must have felt guilty denying he was a Jew. So he spent lunch thinking about his Judaism and what role it plays in his life. A Jew should always be proud of identifying as a Jew. That is what we try to do. Inspire people to identify and be motivated to grow as a Jew. And it’s also because Jews always have the need to connect” he chuckles!

At the time, Rabbi Menachem Schneerson was still alive and they would attend his sermons at 770 East Parkway. Konikov says that “Meeting the Rabbi in real life was like meeting Moses”

He also says that the message then is relevent even today, probably more so. Many of the people he did this outreach with have moved on, have full time jobs, married, had kids, became rabbis of their own synagogues etc.

Chabad outreach makes them meet all types of people from rich and poor, CEOs, celebrities and homeless people alike, Orthodox, from other denominations, ex-Orthodox, secular and Reform Jews. There are Chabad houses every corner of the world from Kenya to Sri Lanka. Chabad houses help traveling Jews in difficulty, like say if they’ve lost their passport or credit card or just wish to connect.

Even though they are still very active everywhere, you don’t see Chabadniks standing out there everywhere asking random people if they are Jewish like you do in New York. So, this tradition is a reflection of New York’s long, rich Jewish history.