The Blogs
Kenneth Brander
President and Rosh HaYeshiva, Ohr Torah Stone
Apply for a Blog
Please note that the posts on The Blogs are contributed by third parties. The opinions, facts and any media content in them are presented solely by the authors, and neither The Times of Israel nor its partners assume any responsibility for them. Please contact us in case of abuse. In case of abuse,
Report this post.

Gay and lesbian people exist in every Orthodox community, in every shul, school, yeshiva, and seminary.

Some are ready to share their identities publicly, while others remain closeted, but each of these Jews, many in their teens or young adulthood, are searching for their place in the Torah-observant world.

They are looking to us, leaders of Orthodox institutions, as well as to their parents and fellow community members, to offer them guidance and protection, to denounce those who do them harm, and to welcome them as full, dignified members of the Torah-observant Jewish community.

One of the reasons that gay and lesbian individuals feel unwelcome by the religious world is rooted in a verse from this week’s portion, Acharei Mot-Kedoshim:

This is the starting point for Orthodox Jews: sexual intercourse between two men is strictly and uncompromisingly forbidden by the Torah.

However, even as we acknowledge this fact, we must recognize that simply being gay or lesbian is not a transgression!

Moreover, there are other verses in the Torah which also govern our behavior toward the gay and lesbian community.

One of them is found in the second of this week’s parshiyot:

We are commanded to ‘love our neighbor as ourselves,’ (Vayikra 19:18), to relate to our peers with respect and love.

Another verse, mentioned later in the Book of Vayikra, also provides us with guidance on how to relate to the gay and lesbian community:

This is the absolute prohibition against bullying and verbal harassment, known as Ona’at Devarim, to which members of the gay and lesbian community are so often subjected.

Time and again, the conversations I have with LGBTQ Orthodox Jews come back to the hurtful language, whether intended or not, that makes them feel that they don’t belong.

Halakha has high expectations of the way we speak about others, and we are called upon to reinforce those expectations.

Tragically, we have created a suffocating environment that not only prevents gay and lesbian Orthodox Jews from attaining spiritual fullness, but also one that fosters low self-esteem, loneliness, and fear, pushing a higher-than-average percentage to depression, self-harm, and most tragically, death by suicide.

Beyond all else, the most crucial step for us to take is to listen with sincerity and sensitivity, to open our arms wide and make sure they know that they remain part of our community.

Already in the late 1800s, religious leaders including Rav Azriel Hildesheimer and Rav Yitzhak Elhanan Spektor welcomed those who have a fragmented relationship to Judaism to take part in Orthodox community life.

Facing the question of whether to give aliyot to Jews who were nearly entirely non-observant, both of these poskim ruled of the overwhelming need to encourage these people to remain connected to Judaism, even those not fully engaged. Therefore they justified calling them to the Torah even on Shabbat and Yom Tov. Rav Hildesheimer (Responsa of Rav Azriel Hildesheimer OH 1:4) stated that Jews who do not wish to abandon their commitment to be part of the covenant, even if they have abandoned certain aspects of religious practice, are still welcomed into the synagogue and into the community, and Rav Spektor (Responsa of Rav Yitzhak Elhanan Spektor YD 71) went even further, welcoming those who had not even undergone circumcision.

If we are willing to include in our community those who foregoe brit mila or desecrating the Shabbat publicly, why should it be any different for those gay or lesbian Jews who would never dream of breaking Shabbat but who, through no fault of their own, own an identity that presents halakhic challenges?

Rav Aharon Lichtenstein (“Patterns of Contemporary Jewish Self-Identification” in
Leaves of Faith, vol. 2, p. 216) discusses the responsibility that we have to accept Jews as they are and recognize the contributions that each can bring to the community. Rav Lichtenstein explains that it is wrong both morally and halakhically to sever ties with individuals who are not fully engaged in the full complement of Jewish observance. (On Fragmentary Judaism: The Jewish “Other” And The Worldview Of R. Dr. Aharon Lichtenstein, Adam S. Ferziger, Tradition, Winter 2014 Issue, 47.4, p. 65)

I would like to conclude by quoting from a letter written by Rav Aharon Feldman – Rosh Yeshiva of Ner Yisroel in the United States – to a man attempting to reconcile his homosexuality with his commitment to a life of Torah and mitzvot.

Rav Feldman (“A Letter by Reb Ahron Feldman to a Gay Baal Teshuva,” 2012) wrote that homosexuals are, quote:

“…as beloved in God’s eyes as any other Jew,

…obligated to achieve life’s goals by directing his life towards spiritual growth, sanctity and perfection of his character—no less than any other Jew.

He will merit the same share in the world to come which every Jew merits, minimally by being the descendant of Avraham Avinu and maximally by totally devoting his life toward service to God.

In the spirit of Rav Feldman’s words, may we always be mindful of the fact that all Jews, whether gay or straight, are beloved by Hashem, and that all deserve our love and our acceptance. 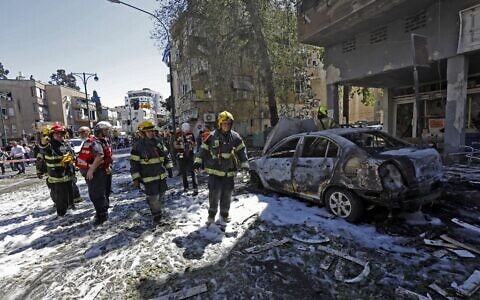 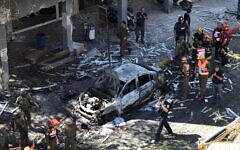 ‘No ceasefire yet’: Israel said to want IDF to complete ‘missions’ against Hamas
Jacob Magid and TOI staff 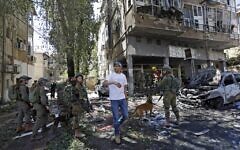 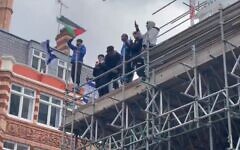 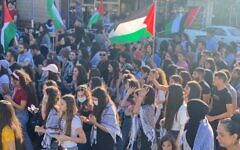