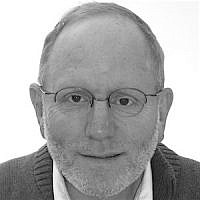 The Blogs
Walter G. Wasser
Apply for a Blog
Please note that the posts on The Blogs are contributed by third parties. The opinions, facts and any media content in them are presented solely by the authors, and neither The Times of Israel nor its partners assume any responsibility for them. Please contact us in case of abuse. In case of abuse,
Report this post.

It isn’t often that a person is confronted with events from his parent’s distant past.

This is exactly what happened to me when my friend, Dr. Rodney Zentner, approached me recently at morning prayer services, and handed me a sheaf of papers. I found myself holding a copy of my father’s registration at the University of Vienna Faculty of Medicine, and his grades for his first two semesters.

The headline on the top of the page proclaimed that my father, Viktor Wasser, was one of the many Jewish students expelled from the school in 1938.

Rodney came upon the documents he handed me while he was searching the internet for documents regarding his own father, Kurt Zentner. Although we had not known this before, it seems that our fathers were actually classmates and studied together in their first year medical school class in Vienna.

Those papers, spelling out in black and white the expulsion of our fathers from medical school during the Nazi era, filled me with feelings of deep sadness.

Rodney Zentner and I are both doctors. Rodney is an Obstetrician-Gynecologist and I am a Nephrologist. We live around the corner from each other in Jerusalem. Rodney and his wife Dinah moved to Jerusalem with Rodney’s brother, about thirty years ago from Melbourne, Australia. I, my wife Adele, and our children moved here from Manhattan thirteen years ago.  Our families are good friends. Both Rodney’s and my father passed away at ninety-two years of age. It was during the eulogy I gave at my father’s funeral, three years ago, that Rodney realized that our two families had led remarkably parallel lives.

In the early 1900’s, the Viennese medical faculty was the second largest among German speaking countries. Much of the medical literature at that time was still published in German. The Viennese Faculty of Medicine was a highly regarded institution, boasting four Nobel Prize winners among its faculty. A least two of the Austrians awarded the Nobel Prize in Physiology and Medicine in the 1930s were of Jewish origin. Karl Landsteiner was awarded the Nobel Prize for his discovery of human blood groups in 1930, and Otto Loewi received his Nobel Prize in 1936 for discovering acetylcholine, an organic chemical that functions as a neurotransmitter.

During this time, the medical profession in Austria was dominated by Jews, despite the introduction of the Numerus clausus (“closed number” in Latin( whose purpose was to limit the number of Jews allowed to study in the university. In 1938, 3,200 of the 4,900 physicians practicing in Vienna were Jewish.

After Hitler’s declared Anschluss (“unity” in German) on March 12th, 1938, when Germany effectively annexed Austria when Hitler’s troops marched into Vienna, 153 of the 193 Jewish faculty members were dismissed, and many medical students were expelled, including our two fathers. At that moment in history, the professional ambitions of these two promising young men, Kurt Zentner and Viktor Wasser, were destroyed, together with the dreams of numerous other Jewish students.

Kurt Zentner and his brother Heinrich (Harry in English) fled Austria after Kristallnacht, in  November 9th, 1938. They travelled to Malaya in Southeast Asia to escape the war, leaving their parents behind.  They were eventually taken by the British to Australia where they were ironically incarcerated as German Aliens. Later they were notified that their parents had died in a concentration camp.  Eventually they were allowed to work on the docks in Melbourne, to help the war effort.

Kurt studied science part-time at an Australian technical college and obtained a Bachelor of Science degree in Microbiology from the University of Melbourne.  He established his own private laboratory and worked as an analytical chemist. Kurt met his wife at a singles dance. The young couple had two sons.  Both graduated from the University Of Melbourne School Of Medicine and became physicians. Today both Zentner brothers and their families live a few blocks from each other in Jerusalem.

My father, Viktor, (later changed to “Victor”) also left Austria.  He went to live in New York with his aunt. Despite his efforts, he was unable to raise the funds needed to rescue his parents from Hitler. They perished in Auschwitz.

After serving in the United States Army in World War II, my father received his bachelor’s degree from NYU, and his dental degree from the Howard University School of Dentistry.  He also met my mother at a Jewish Community Center dance. My parents married, and later had me and my two brothers. My father had a successful dental practice in Silver Spring, Maryland.

My father never realized his dream of becoming a physician. But my brother and I are both physicians, and we feel fortunate to have achieved what was denied to our father. I attended medical school at Albert Einstein and my brother graduated from Mount Sinai. Additionally, many of my parents’ grandchildren have become physicians or are headed in that direction.

I and my family had been living in Jerusalem for quite some time when in March of 2008 my mother became ill, and my parents moved to Israel to live with us. My mother died shortly after their move, and my father lived another three years, surrounded by his grandchildren.

From the historical records of the University of Vienna, it seems that Rodney’s father and my father not only studied medicine at the same faculty, but were most likely classmates, enrolled in the same year of studies.

Had Rodney and I realized that our fathers were both medical students in Vienna, we certainly would have arranged for them to meet especially since they lived in the same neighborhood in Jerusalem.  Unfortunately, a reunion never occurred.

Rodney and I imagine that our fathers most likely were friends back in Vienna, so many years ago, but we will never know.  We do know that the legacy of dedication to medicine continues in our own families, as does our friendship.

As Rabbi Lord Jonathan Sacks (former Chief Rabbi of the United Kingdom) states, “It takes time for us to appreciate how much they (our parents) helped us become the people we are. Even when we thought we were running away, we were in fact continuing their journey. Much of what we are is because of what they were.”

About the Author
The author is a specialist in nephrology and internal medicine and lives with his wife and family in Jerusalem.
Comments