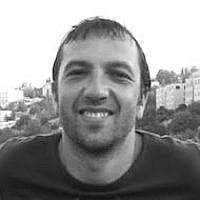 The Blogs
Ze'ev Ben-Yechiel
Apply for a Blog
Please note that the posts on The Blogs are contributed by third parties. The opinions, facts and any media content in them are presented solely by the authors, and neither The Times of Israel nor its partners assume any responsibility for them. Please contact us in case of abuse. In case of abuse,
Report this post.

Hamas doesn’t need to wage a media campaign, because the West is doing it for them.

For decades now the air in Israel has been fairly ringing with lament for the poverty of our media campaign against the ideological assault on our country’s policies, intentions and existence. After decades of global bias and political and social activism against the Jewish state, our failure to effectively push the case for Israel has entered a sort of axiomatic idiom. It has become a mantra that the other side is more clever, persuasive and masterful in winning the hearts and minds of the West.  Woe unto us, goes the refrain, for there’s nothing new under the Levantine sun.

The solutions are even less audible, and whatever rhetorical gains seem to have surfaced lately in the ongoing Gaza war belie a perpetuity of failure. The riposte that rings loudest from the Zionist camp today is hardly original and even less genuine, amounting to little more than a cheap trick: twisting the pointed finger away from us and onto our neighbors in Syria and Sudan and wherever else in the world chaos and murder define the norm. “But officer, what about all the other regimes committing genuine atrocities?”

The deflection of blame may happen to be the flavor of the month, but it shares attention with a roster of weak-kneed arguments.

There’s the beauty contest gambit: “But look how we made the desert bloom.”

There’s the solidarity-pandering approach: “But we’re an island of democracy in a sea of savagery.”

There’s the justification of guilt: “But what can we do? We need to defend ourselves.”

Then there’s the slightly cynical alternative-scenario argument: “But do you really expect us to give in and disappear?”

And finally, lurking behind the last two, barely uttered and confronted even less, the tragically desperate last resort of the victim: “But don’t you think we have a right to exist?”

The root of the problem with all this should be painfully obvious, but the pain of the truth still seems to prevail over the cost of ignoring it. The word hasbarah, Hebrew for “explanation,” is the term used to refer to the public relations campaign conducted by supporters of Israel, a semantic that embodies everything wrong with our approach to the watchful eyes and skeptical ears of foreign media as well as the doubters in our own midst.

What these messages have in common is that they all begin with the word “but.” Our arguments are defensive and explanatory, while the pronouncements of the Arabs are offensive and assertive. The mere act of explaining our position acknowledges that our opponents are right to propound theirs.

King David did not become the hero of his Goliath encounter because he was weak. Those who understand the Biblical narrative know that David’s strength and cunning prevailed over that of his enemy, that had he been weak, had the Bible presented a different denouement to the standoff in which God would have had to step in to save the future king, there would have been no king and no future for the Jewish people.

David was the hero because the real victory was that of his strength over his size and his circumstance, and it is this literary tension between true and apparent power that gives the story its appeal and its enduring message of faith. Israel today sees itself as a David facing an Arab Goliath, but it forgets that the underdog is only favored when his strength verges on toppling his larger adversary.

The modern march of radical Muslim ideology is a protest movement making inroads with the secular West, precisely because it presents itself as a cause, a strident innovation against the status quo, an opposition to something perceived as stronger and more entrenched. And every cause is just and compelling only so long as it burgeons, so long as it credibly threatens to overturn the prevailing power dynamic, so long as it can put the temporary prevailer on the defensive.

Following the Six Day War, the world fell over itself in the rush to rally around a thunderingly victorious and expanded Israel, in stark contrast to the grim silence preceding the war when the tiny Jewish state faced the prospect of annihilation. The war’s lesson that it is strength–and not vulnerability–that inspires international support should have been a lesson to remember for Israel’s leadership.

But the 1973 near-disaster following the short-lived euphoria years shook the government’s resolve and returned the Israeli psyche to the cult of susceptibility and the ancient Jewish tradition of political bargain-hunting.

In the end, the ideological battle between Israel and Hamas is not a military or political one. It’s a war of spirit, and in our attempt force a victory of reason and rationality, we are undermining the spirit of our cause.

The media campaign for Israel is waging battle on a plane of logic and moral mathematics, and in that sense the hasbarah movement is a race against an opponent who never left the starting line. The Arabs don’t rely on logic to propel their cause, because they’re smarter than that. They don’t bombard the West with arguments and facts, because they know that the West has no lack of them, because they are properly aware that secular Western democratism is in fact an ideology overeating its way to the grave on a diet of rationality and reason.

What is saving the West from spiritual suicide today is precisely the anti-logic of the Islamic thrust, the fanatical spirit underlying the lack of sophistry and the preponderance of short and brutal images, reflexively polemical messages and a call of mission from beyond this mortal world. Faced with an ideological onslaught like radical Islam, the peoples of the West can either resist the juggernaut by rediscovering their own Christian roots or allow themselves to be swept up in the anti-euphoria of jihad, but willingly or otherwise the confrontation will reignite their long-buried relationship with matters of the spirit.

Last week, Hamas’s military wing posted the following tweet: “We are continuing our struggle. ALLAH IS OUR GOAL, THE PROPHET IS OUR LEADER, JIHAD IS OUR WAY, AND DEATH FOR ALLAH IS OUR MOST EXALTED WISH.” Indeed. The logic of zealotry has no logical response, and the rational West is left with its mouth hanging wide open.

By showing the West an awe-inspiring show of force and a passionate alternative to the dreary diet of secular detachment, cyber-Jihad is winning ideological converts without exerting a single moral or intellectual muscle. Mired in the spiritual vacuum of the post-Christian age, much of Europe has become a captive audience, nodding along to the hypnotic spectacle of radical Islam’s violent death-march.

In the end, Islamic movements like Hamas don’t need to scramble for reasons, justifications or explanations, and they don’t need to canvass the West and scramble as Israel does to recruit moral support for its cause. They don’t need to because by this point the West is doing their hasbarah for them.

Like any collective social behavior, the spread of political movements is much more about emotion than reason, no matter how many empirical arguments may be packaged into the propaganda. The momentum of any social thrust is proportional to the conviction of its apostles, and most trends are carried by the simple human desire to mimic enthusiasm no matter what its object happens to be at the moment.

As the Arab saying goes, if you repeat a mantra enough, it becomes truth. The anti-Israel mantra of the Muslim-Arab nation, and its breathtaking embrace by the world in direct and insistent opposition to any sort of logic or recognition of reality, is a sign that the nations demand something deeper from us than what we have been giving them. It is a clear parable for the Jews that we must counter with a message even more powerful, inspiring and irrefutable than that of our opponents.

So here is a humble suggestion for what should be the mantra of the Jewish people, what may be the only worthy and effective response to the global offensive on our identity and our national prerogative:

“Everywhere we have been pushed by the vicissitudes of time, in every corner of the earth where the Jewish people has sought refuge, we have ended up bringing commerce and science and music and the spiritual illumination that, for over 3,000 years, has endowed the world with a conscience and a compass and has elevated the status of mankind.

“We will continue to defeat the laws of historical physics and to thrive until the end of history despite the best efforts of the nations to wipe us from their conscience, and we will continue to enrich the existence of all peoples until we finish our utterly unique task of redeeming the world. The people of Israel will prevail and bring a lasting and just peace into the world no matter how violently the nations may resist us, and when the mask of history falls we will be recognized and exalted by the world for the blessing that we are.

“In the meantime, to those in the Muslim world who strive against our existence, we have one word of caution: You do so at the detriment of every grain of truth in your religion and your existence. Without the Jewish people your spirit and your book would never have entered the world, and in the deepest recesses of your collective subconscious you know with perfect understanding that it is only our unique and eternal status as the ambassadors of G-d that enables you to survive every day.

“But remember–if you continue your struggle to denigrate the Jewish people in body and spirit,  your own nation will one day join the vast and dusty bookshelf of civilizations as it too crumbles from within.”

About the Author
Ze'ev was born in Moscow, grew up in Chicago, and studied and worked in Ghana, California and Spain before making aliyah in 2004. He currently works as a technical writer and spends his free time taking photographs and pretending to be a guitar hero.
Comments