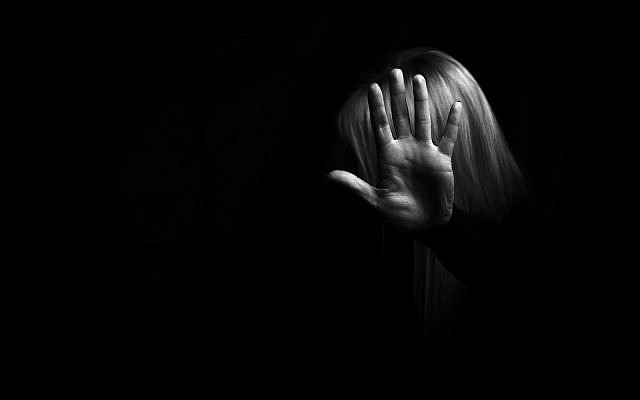 Ori Ansbacher z”l’s family has yet to get up from the shiva mourning week for their daughter, who was brutally raped and stabbed to death in a Jerusalem forest last Thursday. I went into full, heart-galloping, face-draining code-red mode yesterday when it appeared that my daughter had left all our windows open in the rain and I couldn’t reach her on the phone. It wasn’t raining when she left, and she was out of range. Despite these simple explanations, I would not blame any parent in Israel this week – including myself – for up-shifting to overdrive in response to imagined evidence of gory scenarios starring his or her daughter.

As if the gruesome details of Ori’s death were not painful enough, Tnuat Hamishpacha Chairman Gil Ronen exploited this tragedy to publish an op-ed today (Feb 11) in Israel Hayom entitled, “Between Murder and Terror: A Test of Radical Feminism,” (Hebrew) advancing a “familist” anti-feminist agenda which opposes “the neo-Marxist efforts to break down family structure in Israel.” Ronen’s dancing on Ori’s blood in order to advance his openly anti-feminist campaign sent me straight from shock and denial to full-blown anger.

Ronen objects to posts on “prominent” Facebook pages that cite both the murder of Ori Ansbacher z”l and that of Siwar Kablawi z”l – a 20-year old Palestinian-Israeli, whose older brother is suspected of stalking and strangling her in Turkey, where she allegedly fled after she was threatened in conjunction with a “family dispute.” I agree with Ronen that geopolitical motivations for Ori’s murder cannot be ignored. It was a Palestinian terror attack.

But Ronen goes on from there to slam the “poisonous gender ideology” that he maintains has gripped Israeli society and is “pumped to thousands of women, in countless classes in gender studies departments, International Women’s Day ads, and on [Israel’s] Elimination of Violence Against Women Day.”

He attacks an unnamed source that posted the following: “This is a gender war on us women, and I don’t care what the motives were for one murder or another. In this war, I am on the side of my sisters of all backgrounds, ethnicities, and colors. Sisters, we are facing an emergency.”

Why so soon after Ori was brutally raped and stabbed would Israel Hayom grant prime real-estate on its op-ed page to Gil Ronen’s acknowledged anti-feminist campaign?

He says in his op-ed that radical feminist ideology has invaded every corner of our society – from the Knesset to the courts to the prosecution, the police, and the media. And that radical feminism has changed the basic identity of women – that “if a ‘regular’ woman’s primary identification is with the family,” feminist education shifts her identification to one that is nearly solely based on gender.

He says that what he calls “many fine people” wrongly blame the High Court, the State Prosecutor’s Office and the media in general for the erosion of our nation to its current state. He maintains that within these bodies indoctrination in the feminist credo is responsible for the alleged deterioration – and that the role that feminist women play in those organizations is tremendous.

As if a tremendous role for feminist women is a bad thing. And as if that tremendous role is real. By any account, women’s representation in those organizations – whether feminist or not – is disproportionately small in comparison to their numbers in society.

Ronen closes his op-ed by saying that if a significant portion of key positions are held by women who believe that the Jewish man is their arch-enemy – the activities of these organizations will be distorted.

That may be so. But his piece supposedly set out to highlight bad comparisons between two murders allegedly perpetrated by two Muslim men. How did we get to the Jewish man as the arch-enemy from there?

Why did this op-ed appear now – on the day of Labor Party primaries and in the run up to Israel’s elections on April 9? Why did this op-ed appear here – in Israel Hayom, Israel’s only free-of-charge newspaper published first by Sheldon Adelson and then by Miriam Adelson – a paper that has openly supported Benjamin Netanyahu financially and politically since its inception?

On Election Day 2015, Netanyahu warned voters that “The right-wing government is in danger. Arab voters are heading to the polling stations in droves. Left-wing NGOs are bringing them in buses.” That ninth-inning ploy arguably won him the election.

Perhaps Israel Hayom and Benjamin Netanyahu believe that he can win the election this time around by warning men that women are heading to the polling stations in droves.

If so, I hope it’s not an empty warning.