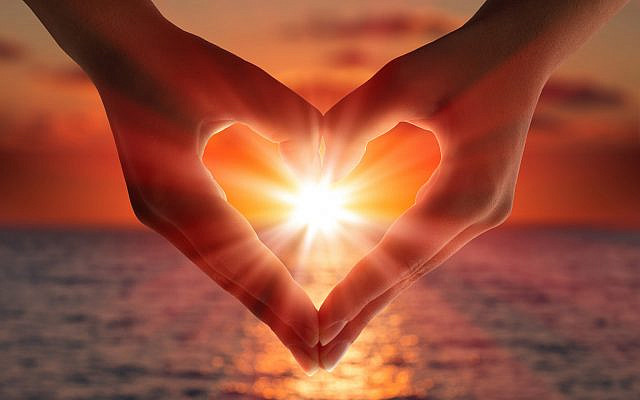 In this 3-part mini-series we will discuss the five Hebrew words for the “soul.” In Part 1 we discussed the different etymologies of the words Nefesh, Ruach, and Neshamah; in Part 2 we discuss here the functions of the Nefesh, Ruach, and Neshamah; and in Part 3 we will discuss the role of the Chayah and Yechidah, as well as their etymological basis. In doing so, we will better understand how these five words are not merely synonyms. Rather, each word carries its own unique meanings and implications.

Last week we began to explore the three Hebrew words Nefesh, Ruach, and Neshamah. To summarize the findings of our discussion, we noted how these three words all refer to the “soul,” but a survey of their etymological bases shows that their primary meanings differ widely from one another. Nefesh is related to the concepts of “expansion” and “relaxation.” Ruach is related to the concepts of “air,” “wind,” and “smell.” And Neshamah is related to “breathing” and “abstraction.” In this installment we will concentrate on sharpening the differences between these three words by explaining how they focus on different aspects or components of the soul.

The Midrash (Ber. Rabbah 14:9) teaches that the soul has five names, each of which focuses on a different aspect. The word Nefesh refers to blood or bodily homeostasis as the lifeline of one’s physical existence (see Lev. 17:11, Deut. 12:23). Ruach refers to the wind-like property of the soul seamlessly flying up to the Heavens when one sleeps and descending back into one’s body as he awakens. Finally, the word Neshamah represents the sum total of an individual’s characteristics and personality — his personhood or unique individuality. The Midrash then continues to explain the last two terms, Chayah and Yechidah, which we will discuss next week. (Parenthetically, Rabbi Yaakov Kamenetsky (1891-1986) said that a person’s Neshamah returns to the body in the morning only after he answers Barchu in the morning prayers.)

Rabbi Shmuel Eidels (1555-1631), known as the Maharsha, explains that these three elements represent three aspects of a person’s consciousness: the natural (Nefesh), the spiritual (Ruach), and the intellectual (Neshamah). The Vilna Gaon (1720-1797) in Yahel Ohr similarly is quoted as saying that they correspond to the survival instinct (Nefesh), the emotional (Ruach), and the intellectual (Neshamah).

Rabbi Chaim of Volozhin (1749-1821) explains in Nefesh HaChaim (1:14) and Ruach Chaim (Avot 1:1) that these three aspects of the soul correspond to three different ways in which man’s will is manifest in the world. Nefesh refers to man’s deeds, which are the most physical and corporeal manifestations of his will (see Lev. 18:29, Num. 15:30). Ruach refers to man’s speech, which is less physical than his actions but is still somewhat tangible (see II Sam. 23:2, Isa. 11:4). And Neshamah refers to man’s thoughts, which are the most abstract manifestations of his will.

Ibn Ezra (in Shittah Acheret to Gen. 2:7), Rabbeinu Yonah of Gerona (1180-1263) and the Vilna Gaon both write that three essential organs in the body correspond to these three parts of the soul. They explain that the liver represents the Nefesh’s desire for bodily pleasures, which Ibn Ezra specifically ties to the reproductive system. They also write that the heart represents the Ruach’s desire for emotional pleasure (like wealth and honor), while the brain represents the Neshamah’s yearning for religious/spiritual connection. (However, see Rashi to Ps. 25:1, 86:4, who writes that one’s Nefesh is his “heart.”) 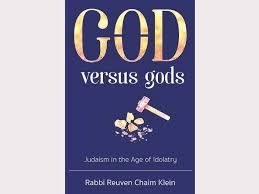 Rabbeinu Yonah notes that the Nefesh and Ruach represent man’s instinct for thriving and surviving in a physical or material way. He explains that these two aspects of the soul are not unique to mankind, but are also present in animals. However, the third aspect of man’s soul — the Neshamah, or Yechidah — i.e. the intellectual dimension, is what sets man apart from the animal kingdom. Unlike Rabbeinu Yonah who understands that man actually has a Nefesh and Ruach, Radak (to Gen. 2:7) writes that the terms Nefesh and Ruach primarily apply to lower creatures and refer to man’s Neshamah only in a borrowed sense.

When a man marries a woman, he undertakes the responsibility to provide her with three essentials: food, clothing, and conjugal intimacy (Ex. 21:11). Rabbi Yosef Karo (1488-1575) writes that these three necessities correspond to the three parts of the soul that we have been discussing. Physical food corresponds to the Nefesh, which is the most physical aspect of one’s soul and is sustained through material repast. Clothing corresponds to the Ruach, which is slightly less physical and can therefore be fueled only through sustenance that is more “abstract” (like the satisfaction of honor or wealth). Finally, conjugal intimacy corresponds to the Neshamah, which is the least physical part of the soul, energized by a totally transcendent Divine lifeline that is invisible to the eye — just like intimacy ought to be confined to the most private of settings, away from the prying eyes of others.

The Mishna (Avot 5:19) teaches that one who has a Ruach Gavoha (“high Ruach”) and a Nefesh Rachavah (“wide Nefesh”) is said to be a protégé of Balaam. As most commentators explain, Ruach Gavoha refers to somebody “haughty,” and Nefesh Rachavah refers to one who is desirous and lustful. Indeed, Rashi (Ps. 27:12, Ecc. 6:7, and Iyov 6:11) ties the word Nefesh to one’s desires, and Radak in Sefer HaShorashim writes that because the Nefesh is the seat of desire, the Torah attributes man’s sins to his Nefesh (Lev. 5:1, 5:15, 22:6).

Rabbi Chaim of Volozhin (1749-1821) clarifies in Nefesh HaChaim (1:15) that none of the words we are discussing refers to any perceivable, physical phenomena. Although the word Neshamah cognates with the word neshimah (“breathing”), it does not refer to man’s breathing in the sense of his respiratory system. Instead, it refers to G-d “blowing” — so to speak — into man a spiritual life-force that keeps him alive. 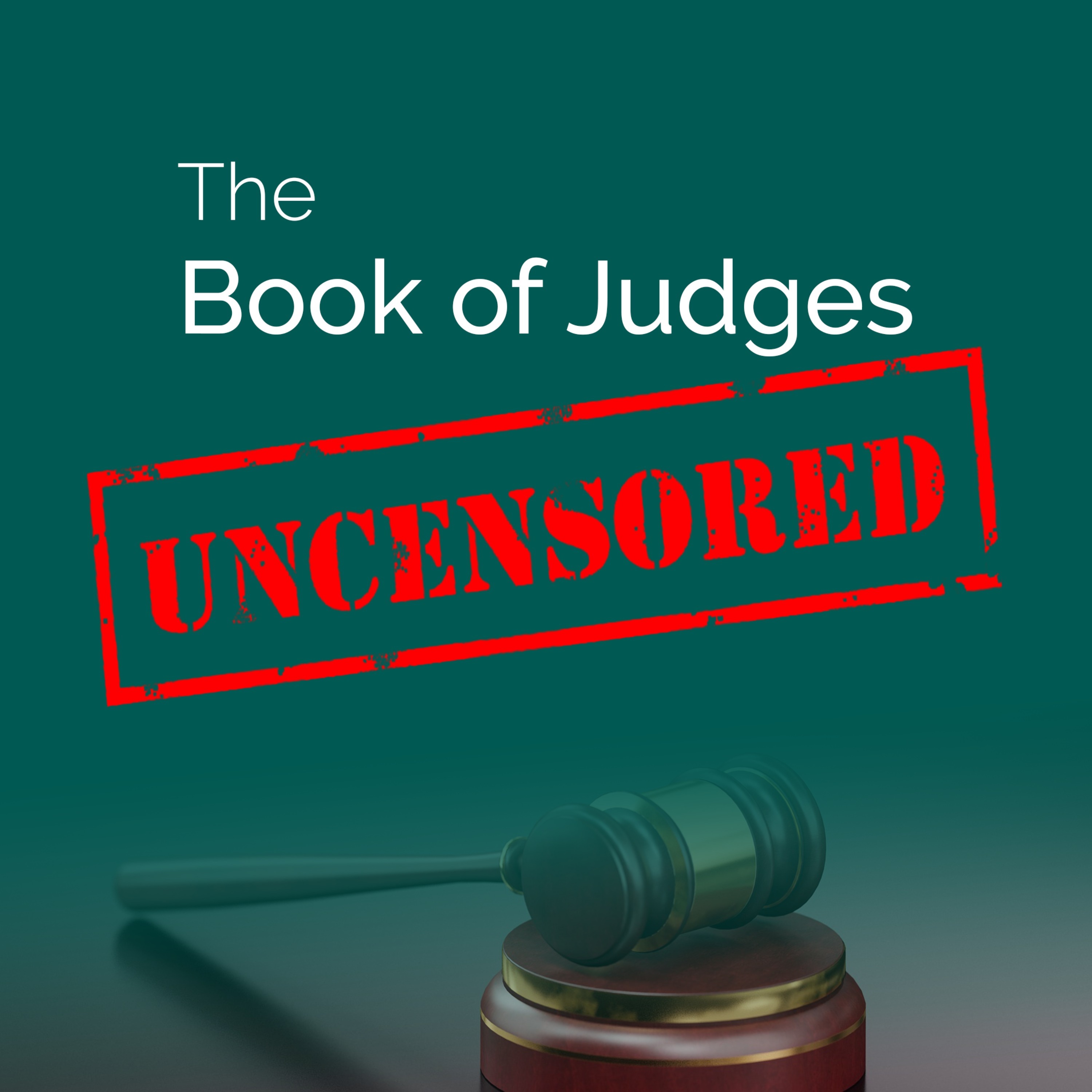 Rabbi Chaim of Volozhin compares G-d powering man by His “breath” to a glassblower. Just as the glassblower exhales into a blowpipe, so too does Hashem begin this chain reaction that leads to life by “blowing” life into man — this first step is called Neshamah and is, so to speak, the closest to G-d. In the next stage, the air that the glassblower breathes out enters the blowpipe, which is like a pipe or conduit. This resembles the Ruach, which serves to bridge the Neshamah and the Nefesh. Finally, the glassblower’s spurts of air reach their final destination in the molten glass that it shapes, resembling the Nefesh. In light of this parable, Rabbi Chaim of Volozhin explains that because the Nefesh is the last stop for this influx of Divine “air,” the verb cognates of Nefesh also refer to “resting” and “stopping.”