Apart from having claimed the lives of nearly 300,000 persons around the world, the deadly coronavirus pandemic has emboldened xenophobes, white nationalists, white supremacists, racists and antisemites in the United States.

The outbreak, which has killed 79,000 Americans so far, has forced a multitude of businesses to close and lay off or furlough millions of employees, causing an unemployment rate that matches Great Depression levels.

COVID-19 has touched off what some observers say is a perfect storm of fear, anger and uncertainty generated by the loss of more than 30 million jobs and seemingly interminable lockdowns.

Extremism flourishes in a climate of despair, even when the federal government rolls out relief programs designed to tide over the growing army of unemployed Americans.

Economic woes tend to bring out the worst in people and provide extremists and malcontents with a platform to peddle their malicious, divisive and dangerous notions. We know from history that Adolf Hitler’s Nazi movement and Benito Mussolini’s fascist party may not have ascended to power in Germany and Italy absent the malaise of a deep economic crisis.

Four months into the coronavirus plague, the American radical right is circulating brazen lies on online forums that portray the contagion as a plot by Jews to undermine the very foundations of the nation.

Ordinary Americans who have called for stay-at-home orders to be lifted and state economies to be reopened after fairly lengthy lockdowns have discovered that noxious extremists, some heavily armed and carrying provocative signs referencing far-right ideologies, have joined peaceful rallies in support of these objectives.

Across the country in recent weeks, members of such alt-right groups as the Three Percenters and the Proud Boys have appeared at rallies to promote their toxic cause. And in Illinois, protesters have likened current government restrictions to contain COVID-19 to measures adopted by the Nazis and have carried placards bearing swastikas directed at its Jewish governor, J.B. Pritzker.

Megan Squire, a scholar in North Carolina who researches online extremism, says that far-right activists are exploiting the pandemic to publicize their views. As she puts it, “The memes are flowing pretty freely. They’re definitely working every angle, from the Chinese virus stuff to a Jewish plot to control the world and all that sort of thing.”

Jeff Schoep, the former commander of the National Socialist Movement, one of the largest neo-Nazi organizations in the United States, says that extremists are using the crisis as a recruitment opportunity.

With President Donald Trump having described the pandemic as a Chinese virus, there has been an uptick in anti-Asian bias, the FBI reports.”We were monitoring the situation because we just knew historically that this might not bode well for us,” says Cynthia Choi, the executive director of Chinese for Affirmative Action.

In the past, as she correctly points out, public health crises and economic downturns have been occasions when Asian Americans became the objects of hatred.

No less a person than Antonio Guterres, the secretary-general of the United Nations, has warned that the pandemic has unleashed “a tsunami of hate and xenophobia, scapegoating and scare-mongering.”

In a speech on May 8, he said that “anti-foreigner sentiment has surged online and in the streets, antisemitic conspiracy theories have spread, and COVID-19-related anti-Muslim attacks have occurred.”

Guterres has urged the media, especially social media, to remove “racist, misogynist and other harmful content.”

“And I ask everyone, everywhere, to stand up against hate, treat each other with dignity and take every opportunity to spread kindness,” he added.

These are words of wisdom that decent people of goodwill should take to heart and internalize. The extremists among us should not be permitted to capitalize on a crisis that is testing all of us. 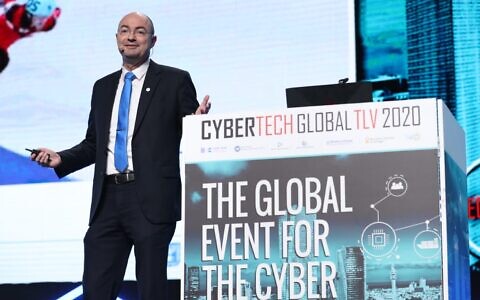 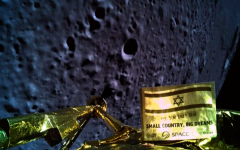 After losing power, Netanyahu said to have promised Putin: ‘I’ll be back soon’
TOI staff 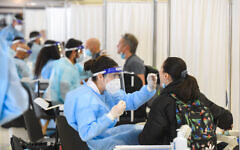 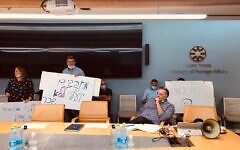