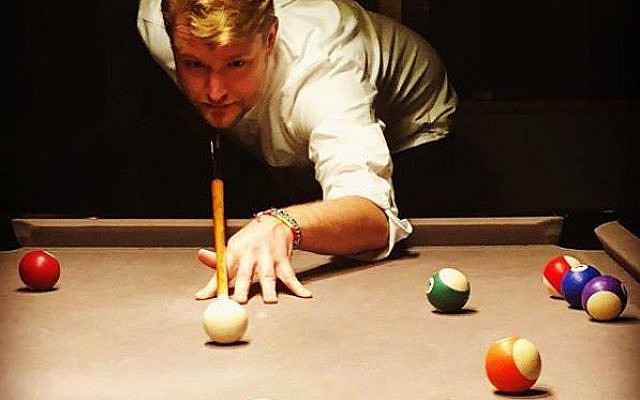 Israel’s electoral system, political map and spin machine are all so absurd that many people have lost sight of what constitutes a victory.  At times it can seem that one may never arrive again.

So I say: Keep your eye on the ball. Other than during the brief period of direct PM elections, the only thing that has ever constituted a victory is in Israel is one side or the other winning 61 of the available 120 seats.

And what are the sides? Well, since the 1970s you’ve had the Likud plus religious and nationalist parties on one side, and everyone else on the other.

“Everyone else” has generally meant “the left” even though Kadima RIP never liked that label and its successor centrists in Blue and White positively hate it. But while it’s true that they’re centrist to the core, the only way to keep your brain from exploding is to understand that Blue and White still counts as “everyone else.” If its supporters thought otherwise, Blue and White would not have much support.

It’s OK: the Likud side can also self-deny. In 2015 Moshe Kahlon toothily insisted he was not part of the right – a lie that should have been transparent yet worked well enough to attract sufficient suckers to keep Likud in power.

It gets even messier once you notice that the left, in search of rightist converts, rejects its own natural partners from the Arab sector. This is how we get talk about a “Zionist coalition” and a “Jewish majority” and about how a government “dependent on the Arabs” is “not legitimate.” If non-Jews spoke this way about Jews the howls of anti-Semitism would be deafening.

We do not have to like it, but we must understand: there is no other version of victory for the left. Unless Blue and White plus the Labour-Gesher-Meretz alliance plus the United Arab List get at least 61 seats, Benny Gantz will not have won. If they do, then he will have won. Unless Avigdor Liberman gets off the fence and joins the left, then that’s just how it is.

And it could happen, if enough Israeli Arabs vote and if enough Likudniks with normative levels of shame stay home because they are disgusted by the corruption. The three parties are already polling at around 58, with the right at 54 and Liberman, the Hamlet of Kishinev, agonizing in the middle with the rest.

If it does happen, you will see even the quislings of Israeli TV — the ones happy to go on pretending that it’s reasonable for a prime minister to “serve” while on trial for bribery, as Benjamin Netanyahu is set to be as of March 17 – referring to Gantz as the victor. The cobwebs of confusion will miraculously float away. It won’t take more than a second or two.

It is true that Gantz will not want the complication of a formal coalition with the Arabs, because it would be awkward when it comes to dealing with Gaza, to cite just one example. The Arabs don’t need the headache either. But all he requires is their passive support, and there are budgetary, parliamentary and legislative rewards they will be happy to receive in exchange (alongside the simple joy of not being abused by the prime minister).

At that point other “Jewish parties” will get in line, beginning with Liberman’s. But the only way to dislodge them from the right is if you have your 61, which until now Gantz did not.

This is what happened in 1992. Yitzhak Rabin’s Labor Party plus Meretz had 56 seats – and Arab parties another 5. Rabin had no intention of inviting “the Arabs” into a coalition but it was nonetheless clear that he had won. And because Rabin was a man who brooked little political consultant foolishness he did not even pretend it was any other way. Likudniks were free to start inciting against him; until Nov. 4, 1995, he never did seem to care.

Rabin also didn’t ask Likud for any unity government favors, and I strongly doubt he would have been prepared to forgive Likud its sins of today – as Blue and White well might if Netanyahu only goes.

Expect that scenario to emerge very soon. Without 61 of his own Netanyahu would face great pressure to agree to a plea bargain and the system will cough one up by trial day. In exchange Likud will demand the first turn in a prime minister’s rotation, for someone like Yisrael Katz, Yuli Edelstein, Gideon Saar or Nir Barkat. In exchange they might betray their satellite party allies a little. Liberman will back this. And good luck getting Likud to hand over the keys in two years’ time.

If Likud is allowed to stay in power as a result of such shenanigans a significant chunk of Blue and White’s supporters will lose their s**t.  They feel rather strongly that the eminences of Likud, who seem to not even know they’re turning Israel into a binational theocracy, have earned a period of repose. A very generous period.

The only way for Blue and White to bulletproof against this is to have their 61. But how to coax the extra several seats out of the universe?

We are living in a time when it is very difficult to persuade people to change sides. Once they know where they stand, nuclear bombs cannot dislodge them. But participation levels still can change. The center-left did better in September compared to April mainly because the Arab participation level rose while Likud’s went slightly down.

So Gantz might consider that every time he disrespects the United Arab List in public, as he is sometimes wont to do, he might gain a voter from the “soft right” but he also might not.  There are far higher chances of losing an Arab voter who believes him and doesn’t bother to go to the polls. That’s a net loss for his bloc, which is the only thing that matters.

If there is anything to be learned from the farcical twin elections of 2019, surely it is that. So once more, with emphasis: keep your eye on the ball.