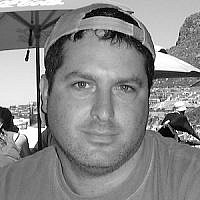 The Blogs
Mark Haringman
Apply for a Blog
Please note that the posts on The Blogs are contributed by third parties. The opinions, facts and any media content in them are presented solely by the authors, and neither The Times of Israel nor its partners assume any responsibility for them. Please contact us in case of abuse. In case of abuse,
Report this post.

I have no idea what is real any more.

It seems that anyone can “create” news and if it is repeated often enough then it becomes the truth.

Even mainstream media (BBC and CNN) is accused of generating (or repeating) dubious news stories. The recent Presidential election in the US seems to have brought this phenomenon to the public’s attention.

Some of these news stories are designed to be seen as from credible sources (Web Sites or Blogs) but its hard to know which sources are putting a spin on their stories.

So the question is, how can you tell a fake news story from a real news story?