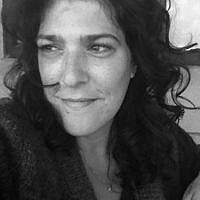 The Blogs
Biranit Goren
Editor in chief of Zman Yisrael
Apply for a Blog
Advertisement
Please note that the posts on The Blogs are contributed by third parties. The opinions, facts and any media content in them are presented solely by the authors, and neither The Times of Israel nor its partners assume any responsibility for them. Please contact us in case of abuse. In case of abuse,
Report this post. 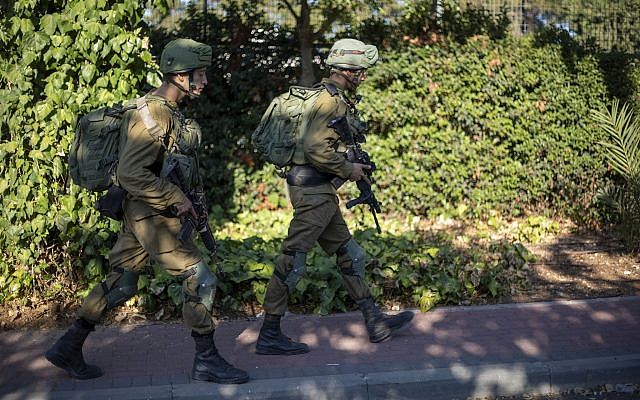 It’s been a long time since I had so many late-night phone calls with strange men. Oh, who am I kidding? That never happens. So earlier this week, when I found myself on the phone with the Military Censor’s Office every two hours or so, including in the wee hours of the night, it felt a little like calling the numbers that ran in the ads that used to pay for mine and my colleagues’ salaries a few decades ago, when we worked for the Shocken Media Group.

The people working in the censor’s office are always men. They have classic, Israeli, two-syllable names like E-rez, O-fer, U-ri, or To-mer. And you never reach the same guy twice — each time you call you get a different two-syllable name, which, frankly, makes it a little difficult to forge a relationship.

It’s common knowledge that, in Israel, one has to submit any item pertaining to military and security for the military censor’s approval prior to publication. This absurd situation escapes attention until you experience it firsthand in the present — in the digital age.

While TV stations feature live broadcasts of the events, radio stations filter nothing as they talk your ear off, social media is rife with self-professed defense experts, and Hezbollah leader Hassan Nasrallah posts videos on WhatsApp, if you are one of the lucky ones who writes about the events — you have to wait for the censor’s stamp of approval.

“It’s okay,” you tell yourself. “There’s a difference between the drivel posted on social media and the information published by the serious mainstream media.” In the same way that, regrettably, no one bothers to check facts before tweeting and just as, unfortunately, no one consults a lawyer before embarking on a Facebook shaming campaign, the printed press must aspire to take responsibility for the information it disseminates and set the credibility bar higher.

But then you realize that military censorship is one of the most important tools the IDF has with respect to directing the narrative, so as to craft a cohesive message to the public and — while we’re at it — control the message relayed to the enemy.

The story that the Israeli media tells of every security incident can sometimes be mistaken for a synchronized swimming event: Here are Channel 12 News’s military commentator Ronnie Daniel and his counterparts, Channel 13’s Alon Ben-David, and Amir Bochbut of Walla News, diving headfirst into the familiar waters of “The IDF has pulled off the perfect deception.” Then, before you know it, veteran military commentator Yoav Limor, Kan News reporter Roy Sharon, and Channel 12’s Nir Dvorin hoist a well-toned, perfectly smooth leg out of the water, with “an operational error that almost cost human lives,” twist.

It is widely believed that this is the result of decades of the deep involvement military correspondents have in the defense establishment. That may be true, but even the average Jane can find herself engaging in some synchronized swimming from time to time, if, as part of its psychological warfare efforts, the IDF needs to employ tactical deception maneuvers on the media itself.

During the first part of my military service, almost 35 years ago, I served in the military correspondent section of the IDF Spokesperson’s Unit, which sat on the top floor of a building in the heart of Tel Aviv. The Military Censor’s Office dominated the ground floor, just under the Government Press Office and above the photographer’s pool, shared by the IDF Spokesperson’s Unit and “Bamahane,” the military’s weekly magazine.

It was nothing less than a state-controlled press empire, where officers would frequently socialize with senior reporters in the local café, holding secretive, “manly” discussions.

I have two distinct memories from those days:

The first is the 1986 capture of Givati Brigade soldiers Yosef Fink and Rahamim Alsheikh in Lebanon. I remember that night because my boyfriend at the time was with the Golani Brigade force deployed as part of the search efforts, and, despite all the information we received from the IDF’s war room, the only one who could tell me exactly what was going on was Ze’ev Schiff, then-Haaretz daily’s military commentator.

The second is a briefing a very senior officer held for military correspondents, clearly classified as “completely off the record, for background only,” which is why senior Yedioth Ahronoth commentator Ron Ben-Yishai (who, given his extensive knowledge, could have been the one holding the briefing) refused to attend it.

My memory is probably glorifying the event, but I like to think that Ben-Yishai said something like, “No thanks, I came here to get information I can publish. There’s nothing I need to know that my readers don’t need to know as well.”

Back then, it always seemed like the reporters knew more than those serving in the IDF Spokesperson’s Unit and that the military censor would redact the facts until “foreign media reports” made it impossible to do so. Back then, the censors did not bother with synonyms nor did they offer a narrative. They just took a black marker to names, places, dates and, at times, entire pages.

Fast forward three decades and there is no doubt in my mind that the tables have long been turned.

I spent most of Sunday night, following the security incident near Moshav Avivim, near the Israel-Lebanon border, arguing with a two-syllable named-man and his supervisor. “Don’t write ‘deceived,’ write ‘misled.’ Substitute ‘could’ for ‘should.’ Don’t mention the public incident that everyone remembers so well, mention this instead — are you writing this down? I’ll dictate it to you.”

That moment when you realize that the people manning the Military Censor’s Office are literary editors that proof your text as they go is the moment that you understand that you work for one newspaper — run by the IDF.

Israeli military censorship takes the liberty of using its power to navigate the story the IDF wants Nasrallah to read. I’m not sure two-syllables even knows what the real story is. Why should he? He’s probably a reservist, some high-tech executive who is working off written instructions, like the lowliest employee on an out-sourcing farm in India.

On Sunday night, one of them took the time to patiently explain to me, the average Jane, what the nature of the IDF’s operation in northern Israel was, so as to make me understand why I could not write what I thought about it. I would gladly share this information, but the censor would never approve it for publication.

By Monday morning, everyone had weighed in on the IDF’s operation in northern Israel in a manner completely true to what I had been told the night before. That’s okay — the little Dutch boy (who was probably named Marcel – see? Two syllables) also gave up on putting his finger in the dam and it eventually broke.

The official version of Sunday’s events, as touted by all, was a hymn lauding the deception maneuver (the word “scam” was redacted) that the IDF had pulled on Hezbollah and to how we nailed it. The reports alluded to an armored vehicle left empty, perhaps with mannequins dressed as soldiers, which Nasrallah fell for, firing a missile at an old APC that would have fallen apart in the next operation in Gaza anyway. Then, to completely mess with Hezbollah, the IDF had a helicopter pretend to airlift casualties to the Rambam Medical Center in Haifa.

By Tuesday, however, the narrative shifted and, all of a sudden, there was talk of “a miracle,” and how there were actually five soldiers in a Ze’ev APC (again, two syllables) who narrowly escaped Hezbollah’s anti-tank missile. The soldiers may or may not have been where they were supposed to have been, and the whole thing may turn out to be a military blunder, which the IDF will investigate and over which some battalion commander may be dismissed.

I have a theory (and I stress, a theory! You can’t redact theories!) by which the IDF found this to be a convenient opportunity to mask an operational gaffe and therefore it pushed — including by using the censor’s office — the “deception maneuver” (or just plain scam) narrative. Then, when Nasrallah released Hezbollah’s videos of the incident, the military changed its narrative.

Alternatively, I have another theory, by which the military deliberately changed the narrative, after the generals at IDF headquarters realized that by publicly gloating and telling Nasrallah that we deceived him, all we were doing is goading him to exact further revenge. And so, in order to tone down the rhetoric, the IDF opted for the “we narrowly escaped a disaster” story, allowing Nasrallah to walk away happy.

As far as I’m concerned, both theories are valid.

But what if none of this is true? What if tomorrow we learn that the vehicle that was almost hit was really powered by Google’s self-driving system and that the IDF is actually more advanced that we thought, and didn’t want Nasrallah to know it? (APC’s on the verge of breaking down are sent only to the Gaza border). Or maybe the soldiers in the car were the lowliest soldiers in the IDF, guys who haven’t had a decent meal since they were 18, one of whom is undoubtedly a lone soldier from the US and no one even checks up on him on the weekends?

The only way to find out what the IDF really wants to tell the enemy is to submit five different versions of the same story to the censor, see which one is redacted at any given time, and just go with it.

In a time when the truth is not important and alternative facts are a fact of life, the IDF spokesperson is the director and the censor is the editor of the film in which we live. We, in the media, only execute tactical maneuvers meant to deceive (okay, fine — mislead).

You can be sure of one thing though. The only one who knows the truth is Nasrallah.

About the Author
Editor in chief of Zman Yisrael, The Times of Israel's sister Hebrew website. Biranit is also a highly skilled web developer, with a rich experience at developing and running successful websites in the USA, Europe and Israel. From award-winning investigative reporter in Israel, Biranit has propelled her career online, initially as the owner of the then-largest Formula 1 website, to becoming web editor-in-chief at Britain’s Haymarket Media and later CEO of Israel’s NRG-Maariv website. She is co-founder and owner of RGB Media, the technology firm behind the design and development of The Times of Israel's websites.
Related Topics
Related Posts
Comments