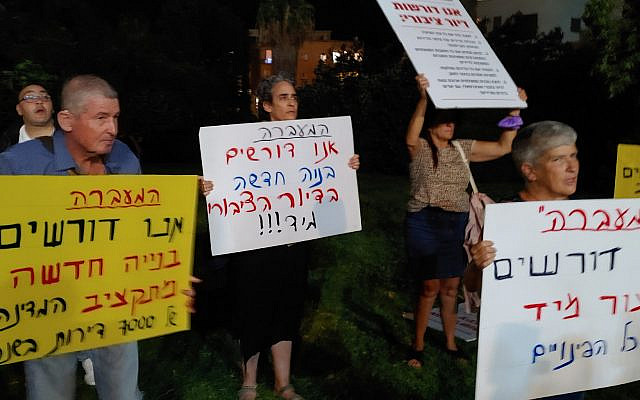 This week’s Torah portion, Khayei Sarah, begins with the death of Sarah. Well-known midrashim teach that Sarah had no idea that Abraham had intended to sacrifice Isaac at the end of last week’s portion. Pirkei D’Rabbi Eliezer teaches that Satan (yes, Satan does exist in Jewish lore. He is a sort of prosecuting attorney) tells Sarah that Isaac actually was sacrificed. She issues three wails like three shofar blasts, and dies. Midrash Tanhuma teaches that Satan appeared to Sarah as Isaac. He didn’t even need to say that Isaac had died. Simply thinking she was hearing the story from her live son was enough to cause her death.

I always hear these midrashim as a testimony to the powerlessness of women at least as chilling as the Biblical tales of outright violence against women. In other midrashim we are told of the partnership of Abraham and Sarah. Last week God tells Abraham to listen to Sarah when Abraham is unhappy about the demand to expel Hagar and Ishmael. (In that case, I sympathize with Abraham, even if I recognize that God sees a bigger picture than I do.) However, Sarah is also twice passed off to be a concubine to other men in order to save Abraham’s skin. When the fateful command is issued to sacrifice Isaac, she is simply not a factor. She doesn’t know and isn’t consulted.

Today we would like to believe we live in a different world. Here in Israel women serve as government ministers, MKs and are in other positions of leadership, authority and responsibility. Yet, we know that many women live in conditions of subjugation and as the targets of gender-related violence. The founding core of our “Ma’abarah” public housing collective were single-parent women because women are also more likely to be financially vulnerable.

Thursday night some of these single-parent moms again demonstrated with the Public Housing Forum that Torat Tzedek and HaMa’abarah are members of outside the luxury high-rise apartment complex of the Housing Ministry’s director, Aviad Friedman. I happen to know that he is married to a leading Israeli feminist, and is himself on the very liberal edge of the Orthodox world in terms of women and LGBTQ issues. My guess is that he sees himself as a feminist.

As we were demonstrating, I asked myself whether a feminist can expel single-parent mothers and their children from their homes. Despite appeals from almost every faction in the Knesset, and from many ministers, he and Housing Minister Zev Elkin are digging in their heals, absolutely refusing to reconsider their decision to renew the evictions canceled by the previous government. He would say that these women are criminals preventing other women from having homes, but he is the one that has made them into criminals through unfair eligibility criteria and an insufficient supply of public housing. To be fair, other than the fact that he has renewed evictions, these are policies he inherited from previous governments.

The bottom line is that women whose life stories often include violence and exclusion from decisions with monumental impact over their lives are much more likely to find themselves in need of public housing. Analyzing power relationships and imbalances is key to feminist thought. A feminist, including a male feminist, ought to understand these basic issues of power and powerlessness. Rather than label them as criminals, and rather than pitting one needy family against another, he might choose from his position of power to empower both those in public housing apartments and those on the waiting list. Rather than making life more miserable for the powerless who are relatively easy to evict, he might use his  power to evict the more powerful NGO’s and urban kibbutzim taking up public houisng apartments meant for families living in poverty, and fight the forces resisting aquiring more public housing.  He might choose to do the not-so-dominant male thing, by not digging in his heels, and admitting that the decision to renew evictions was a terrible mistake.

I confess that I feel a little uncomfortable with how I am portraying the single parents we work with and want to clarify that many of them fight bravely and don’t simply act like victims. However, that doesn’t change the facts of how they came to be in the predicament they are in.

I also wish that I could provide a positive counter example from this week’s portion. It is true that Rebecca’s family say that she must make the decision whether or not to travel to Canaan to become Isaac’s wife. To this day, Jewish law requires that a woman agree to marriage. However, we know that for much of history, and in many cases even today, that is a mere formality.

I hope we in some way contribute to the empowerment of the single parent mothers we work with.

Women aren’t the only ones who suffer from powerlessness in our portion. The fact is that in different ways all of our ancestors in Genesis are predecessors of Tevye’s “fiddler on the roof,” always thinking through each step carefully aware that they are one small and vulnerable family in a land not yet theirs. When Abraham needs to purchase a burial plot, he presents himself to the Hittites as a resident alien. He insists on paying for the cave of Machpelah burial site both because honoring others, at least other men, is fundamental to Abraham’s nature. However, it is also a recognition of his very tenuous position. A core goal of Zionism is to reject this situation that has characterized so much of Jewish history, and replace it with self-determination.

I was speaking with a Palestinian who was attacked this week. Palestinians don’t have self-determination. Despite good documentation and witnesses, he is reluctant to lodge a complaint, concerned that it might bring unfortunate consequences for his entire village. It hit me, not for the first time, that he and his entire village are Palestinian fiddlers on roofs. Yes, there are Palestinians who are angry and determined to struggle for their freedom. (Of course I believe in non violence, and reject both Israeli and Palestinian use of violence.) There are many who push and lead us, who are trying to play a supportive role. However, I so often am in situations in which I am convinced that Palestinians could make significant gains by being more assertive, and they decline. I understand that they have decided that fiddling on the roof is the key to their survival. Every step must be calculated to ensure survival against the odds, with so many threats lurking. They must know how to “get along.” Who am I to try to convince them otherwise? I have a secure home to return to.

At the end of our Torah portion, Isaac finds comfort for the loss of his mother through his love for Rebecca. Isaac and Ishmael reunite to bury their father. Finally, God’s Blessing for Ishmael is carried out as he gives birth to 12 chieftains, symbolic of becoming a powerful nation.

None of this is a definitive recipe for replacing a world of the powerful, the powerless and those struggling for power with a world where power is shared to the point that we don’t need to think in terms of power as we do today. However, loving relationships and reconciliation are certainly part of the formula. Twelve chieftains as a measure of nationhood and success in a world defined by power, and doesn’t define the world I aspire to. Yet, it is also a message of hope. The expelled and rejected lad dying of thirst as his mother watches seemingly powerless to save him has been able to survive, reconcile, and make his way in the world. The midrash also teaches that he had the comfort of knowing of Abraham’s ongoing love for him, and according to the Book of Jubilees, reconciliation and the resumption of joint family life actually occur during Abraham’s lifetime.

That gives me hope for single-parent mothers and Palestinian fiddlers on roofs, even in a world where power and powerlessness continue to be defining factors.