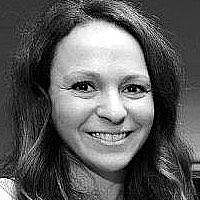 The Blogs
Melissa Sonnino
Apply for a Blog
Advertisement
Please note that the posts on The Blogs are contributed by third parties. The opinions, facts and any media content in them are presented solely by the authors, and neither The Times of Israel nor its partners assume any responsibility for them. Please contact us in case of abuse. In case of abuse,
Report this post.

Jews are intensely aware of the power of speech. Words can be a source of inspiration, or they can be a catalyst for intolerance and violence. Within the Jewish psyche, there is a collective experience of the dangers of escalating hate, but there is also a theological basis for Jewish action on hate speech.

One of the gravest sins in Judaism is lashon-hara (literally, “the evil tongue”). The Talmud tells that the tongue is an instrument so dangerous that it must be kept hidden from view, behind two protective walls (the mouth and teeth) to prevent its misuse[1].  Judaism demands that we control this impulse to speak negatively about others, and warns against being a bystander when hate speech occurs. It is in fact said that lashon hara kills three: the person who speaks it, the person who hears it, and the person about whom it is told. (Talmud Arachin 15b).

The application of these teachings, being aware of the impact of our words, represents a huge challenge which is not only confined by the Jewish Community. “Evil speech” can be everywhere. Nowadays we face the challenge of unmasking and providing evidence of the new insidious forms of hate speech in our society. Let’s consider for a moment keyboards as tongues and pressing on send buttons equal to the action of opening mouths. We would be overwhelmed by the load of lashon-hara that surrounds us.  According to the Pew Research Center, 73% of internet users have seen someone harassed online and 40% have personally been the targets of online harassment.

If we root our actions in Jewish traditions, we will find out that there is no more natural action for Jews than to do something about hate speech. Jews have a moral obligation to help others and make the societies in which they live a better place for all. The Torah states “Do not stand by your neighbor’s blood”. (Leviticus 19:16). Every day, hateful messages and images will circulate on the internet, perhaps even inciting violence, against Jews and against many other groups of people too. Is this what we want to leave to our future generation?

We cannot rely only on governments and IT companies to stem the flow of hate online, and the few organizations that do systematic monitoring are not enough to keep the virtual world safe. That is why the Brussels-based NGO, CEJI-A Jewish Contribution to an Inclusive Europe, has developed its new Facing Facts Online course on Hate Speech.  The course will train thousands of cyber-activists  around the world who can effectively counter the problem of online hate.

The Facing Facts Online course on hate speech provides the perfect opportunity to start taking action. Everyone has a role to play. For more information see www.facingfacts.eu.

About the Author
Originally from Rome, Italy, Melissa has extensive experience in managing EU projects. Since its inception in 2011 she has managed and enhanced the European project Facing Facts! - make hate crime visible. Her passion for identity issues, inclusion and communities’ development found a natural fit in the work of CEJI where she also develops and delivers training programmes on issues related to anti-discrimination and hate crime monitoring. She has strengthened the Jewish outreach of the organisation with local Jewish communities and institutions across Europe. With a Master degree in International Relations, before joining CEJI, she coordinated two research projects on Jewish Identity in Italy.
Comments