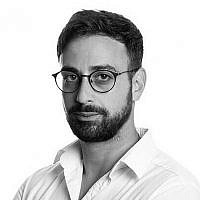 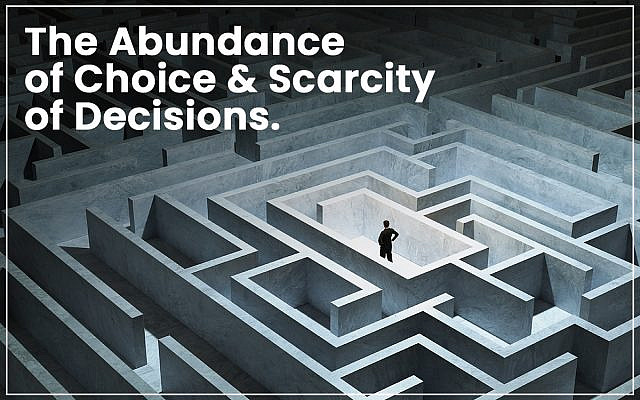 No one is immune to market shifts and sudden changes of pace in business. In most cases, even the most seasoned entrepreneurs hardly predict big market shifts. If they’re not the ones making the impact, all they can do is react. In fact, I think that all anyone can do is react – make decisions that are in line with their best interests.

The causality of it is somewhat predictable, but what to do if you’re presented with too much choice? For me, solving that problem has always been the fundamental part of the game of business.

These days, it feels like there’s an endless abundance of choice and opportunity. And I feel it’s like that for all parties involved – the employed, the unemployed, the entrepreneurs, intrapreneurs, everyone is processing a lot of information and making hundreds of decisions every day. I like to make a parallel to YouTube, as the most plastic example for the abundance of choice.

It’s now streaming over 5 billion videos every day. How do you make the choice of what to watch, and are you completely in control of what you watch? The answer is probably no. It’s the algorithm making choices for you based on what you did. So, what you experience is the consequence of your previous actions. The same thing goes with business. With many factors in play, you can’t be certain you’re making the right choice, and that the thing happening to you is in your control.

It’s never been easier to start your own business, and people-driven businesses are on the rise. But with these trends, how do you form and keep an impactful team, deal with market shifts, and overcome the outside factors pressuring you to speed up decision-making?

As far as I know there is no definitive answer, or a bulletproof shortcut. But there are some learned hacks, and the good old acquired resilience to change to rely on. However, the underlying motivation behind it all is the driving factor. I’d say that if the decision is solely money driven, it’s more than likely to fail.

Even the internal processes are not immune to this. The most common of all daily obstacles proves it well enough – if someone is asking for a raise, it’s almost never about the money. Everyone seeks wellbeing, and the satisfaction of making a contribution, an impact. It’s what drives innovation, which in cause drives business. For me, honesty, gaining loyalty and people’s trust is the key.

Trial and error for its own sake, and bravely fighting through the dark is not an approach if you ask me. In fact, I’d say it’s naive. It’s a consequence of not being active enough. I’d say that one of the solutions is trying to influence things to happen because of you, not the other way around. And being on the receiving end of that equation is what makes people unhappy.

For me, making any informed choice is better than letting things happen, which is exactly what is at the core of the abundance of choice paradox. It’s not entirely about having control, but rather avoiding feeling overwhelmed. I get that approaching people, managing a business, or growing your network is not really easy for everyone, but it’s a process.

It can be difficult to know where to start, or even who to start with. The same is true for securing your business for the future. But a good network can get you a long way, and even secure your position in a fast business ecosystem. All that might ensure that you are on the right track to making a meaningful impact.

About the Author
Ronen Menipaz is an Israeli investor, entrepreneur, tech advisor, and founder of numerous business ventures in the entertainment, adtech, and fintech space, as well as the co-host of the Real Life Superpowers podcast. During his 25 years of entrepreneurial experience, Ronen has been involved with over 100 startups in Israel, 30 of which he founded or co-founded. Two of those startups went public, while five were sold and four more are currently privately profitable companies.
Related Topics
Related Posts
Ronen Menipaz