It all started with a swing through the book section of the gift shop at the New York Botanical Garden. I have always considered browsing through bookstores to be a special treat, and have been known to cancel trips in order not to miss a “used book sale.”

I wandered into the book section to see what was new and interesting in botanical art books, and came across Beth Moon’s “Ancient Trees: Portraits of Time.” Filled with exquisite black-and-white photographs of huge and ancient trees — twisted and textured — from countries all around the globe, it included one particularly intriguing photo.

That picture showed an ancient olive tree from Mahgar, a Druze village in Israel northeast of the Sea of Galilee, and provided the impetus for this adventure. I assumed there must be more than one tree worth seeing during our current trip to Israel, and I did not feel like traveling all the way to Mahgar.

And then I came across a 2008 book, “101 Special and Amazing Trees in Israel” by Yaacov Shkolnik, with photographs by Hanan Isachar. It’s published in cooperation with KKL–Keren Kayemet LeYisrael, or better known in the United States as JNF (Jewish National Fund). Founded in 1901, the nonprofit JNF was created to buy and develop land in what is now Israel.

Since that time they have planted 240 million trees, built more than 230 dams and reservoirs, and established more than 1,000 parks.

However, I could not put my hands on a copy of the book itself, and decided to contact Yaacov Shkolnik directly. He very graciously agreed to meet with us at a café in Petach Tikvah, a substantial city filled with new apartment buildings about an hour’s drive from Jerusalem.

He brought his only copy of the book along, and I discovered that despite its title, it was written in Hebrew. While I can manage to read Hebrew with some basic understanding, I was delighted to rapidly glean the book’s highlights during our conversation.

If ever anyone was destined to write a particular book, Yaacov’s life was practically a straight line to the writing of this one. Already during high school, he was a volunteer at the Field School for the Society for Protection of Nature in Israel at Ein Gedi National Park. He later worked in the apple orchards of Kibbutz Malkiyah, and studied agriculture and botany at Hebrew University.

He then became a tour guide for the society, whose tours incidentally I highly recommend. He was an editor of Eretz magazine, a Hebrew-language natural science publication (there also is an English version) and finally worked as a tour guide and freelance writer for JNF.

The genesis of the book, however, began around 2003. Yaacov had written a short guidebook listing 18 spectacular and ancient trees for JNF, and the demand was overwhelming with 50,000 copies distributed. That is when Moshe Gilad, editor at the publishing house Am Oved, realized the extent of public interest. He finally convinced Yaacov to do the write-ups, contacted Hanan Isachar (who did the photography), and voila, the book!

The color photographs speak for themselves but Yaacov tells the “stories of the trees.” To demonstrate, he took us to see an enormous Eucalyptus citriodora, planted as a street tree outside an apartment building at 8 Shapira, right there in Petach Tikvah.

The eucalyptus trees generally were brought to Israel to combat the malarial swamps, but the citriodora is a rare and unique specimen. The bark of the trunk sheds yearly and is, therefore, smooth with a silky appearance. The tree has grown so tall and is so old that it is trussed in three places by cables twined through the branches.

The citriodora epithet refers to the enticing lemony scent that is released when the stiff leathery leaves are crushed. Some say that a lemony tea can be brewed from these leaves as well.

After thanking Yaacov, we went off to Kibbutz Zova in the Judean Hills west of Jerusalem, to see two more spectacularly gnarled trees. Within a few steps of each other, there is an ancient olive tree (Olea europaea) and a Kermes oak (Quercus calliprinos).

Olive tree branches are usually heavily pruned while the trunks continue to thicken. Though this tree has a gigantic hollow trunk, it continues sprouting masses of leaves.

The Kermes oak is usually scarcely more than a shrub. This one has a massive trunk with three supporting poles keeping it upright.

Check out Hanan Isachar’s website at tinyurl.com/HananIsachar for other fabulous Israeli trees, and to plan your own tour. 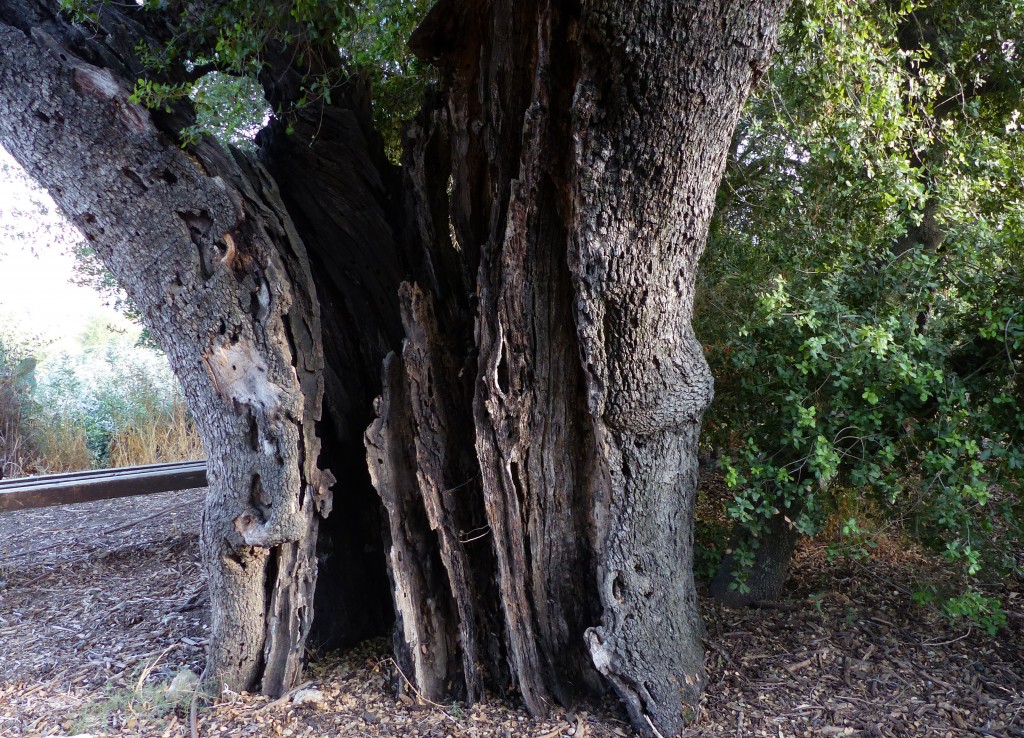 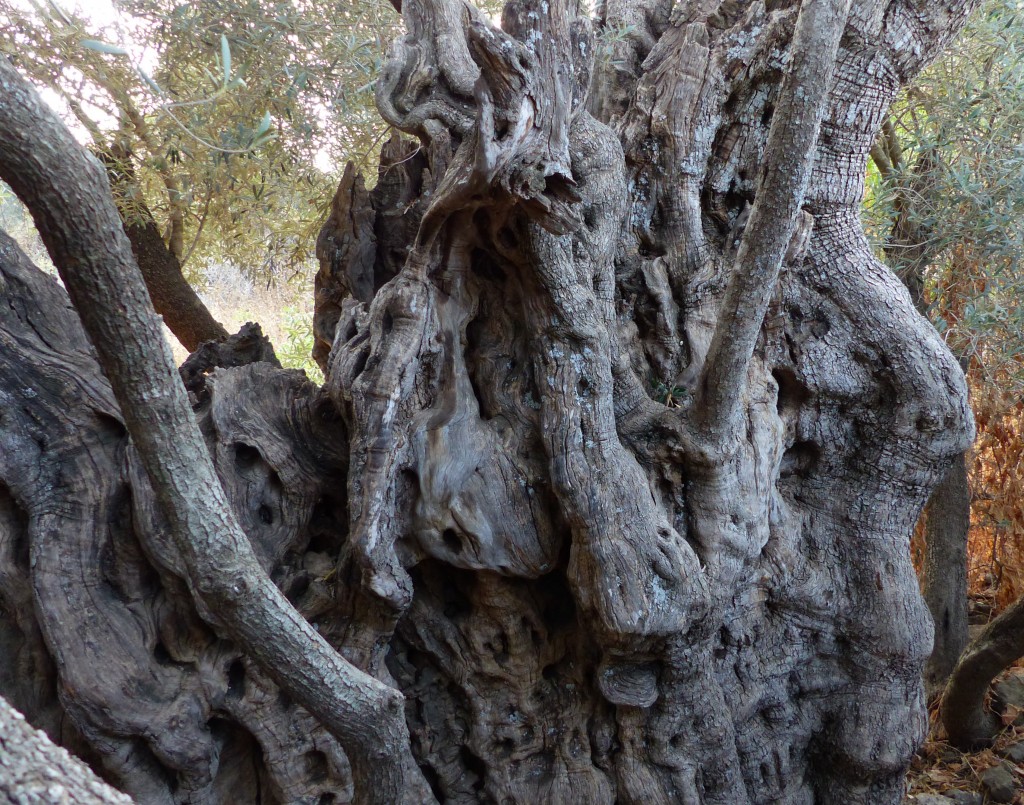 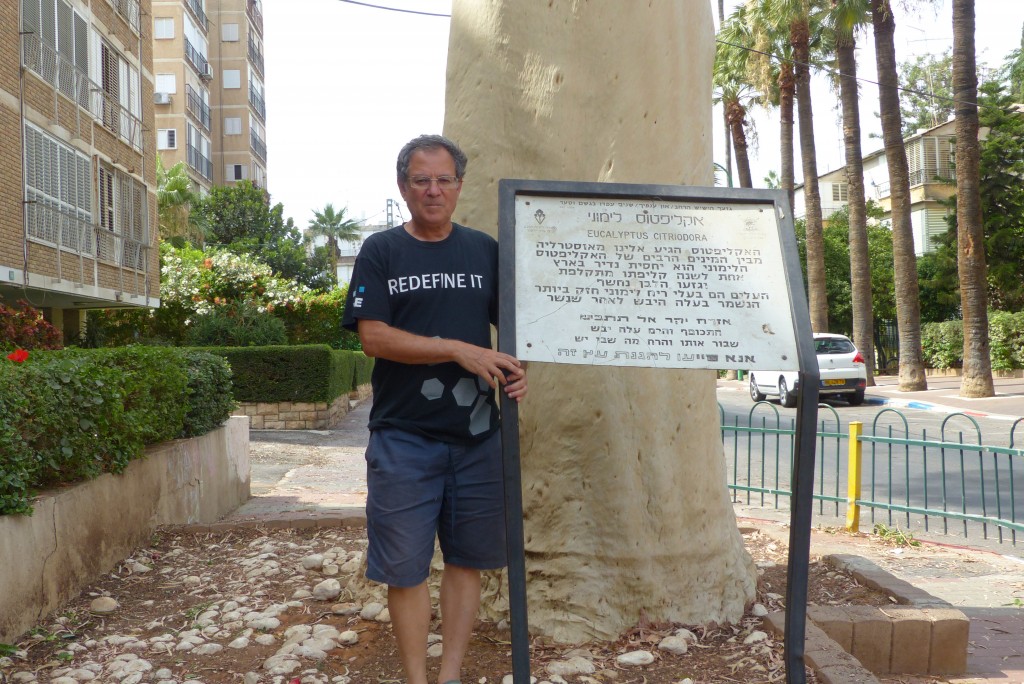 About the Author
Sura Jeselsohn has a background in science and is an avid gardener and quilter. Her weekly column, Green Scene, is published in the Riverdale Press. She has published a book, "A Habit of Seeing: Journeys in Natural Science" at https://www.amazon.com/Habit-Seeing-Journeys-Natural-Science/dp/1946989304/ref=tmm_pap_title_0?_encoding=UTF8&qid=&sr=.
Comments
Advertisement