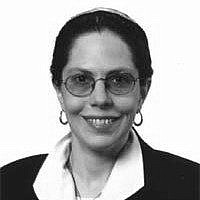 The Blogs
Leslie Schotz
Apply for a Blog
Advertisement
Please note that the posts on The Blogs are contributed by third parties. The opinions, facts and any media content in them are presented solely by the authors, and neither The Times of Israel nor its partners assume any responsibility for them. Please contact us in case of abuse. In case of abuse,
Report this post.

Before Adolf Hitler’s rise to power, the swastika was a symbol of well-being to Hindus and Buddhists. However that all changed with the Holocaust. The decision to fly a banner, at the tail end of an airplane on Saturday July 12, 2014 around New York City, that included the swastika was a bad decision and demonstrates a significant lack of understanding about what the Holocaust has meant in at least the past seventy years. What we need is a rehabilitation of compassion, not a rehabilitation of a symbol that provokes such pain and anguish.

About the Author
Rabbi Dr. Leslie Schotz serves the egalitarian Conservative synagogue called the Bay Shore Jewish Center. She was born on the block of the same shul; where her mother was educated as a girl growing up on a dairy farm nearby. Rabbi Schotz' parents were married on the very same bimah where Rabbi Schotz leads services, officiates at life cycle events and delivers sermons. Rabbi Schotz became a mourner for the first time when her father Hilbert Israel Schotz, of blessed memory, died. He is buried in the synagogue cemetery which has roots going back to the late 1800s. Rabbi Schotz is proud to serve a shul with the slogan "You don't have to pay to pray." They are a House of God welcome to all.
Comments